Warning: The following contains spoilers about Episode 10 of The Ranch Part 6. Fall behind? Read our previous recap here.

This was not the happiest of half-seasons on The Ranch. To recap, Part 6 began with a three-parter centered on the death of Danny Masterson’s Rooster Bennett, who was involved in a freak motorcycle accident. In subsequent episodes, Colt was put at risk of financial ruin, Mary developed a drug habit and once-estranged cousin Luke revealed that he suffers from PTSD.

Things are not looking up for the Bennett family as Part 6 comes to an end. What follows are the six key takeaways from Episode 10:

* Beau is worried that Luke is heading down the same destructive path that ultimately caught up with Rooster. He confronts his nephew about his DUI, then offers him an ultimatum: Come with me to see a counselor down at the VA, or pack up your things and leave. Luke chooses the latter. 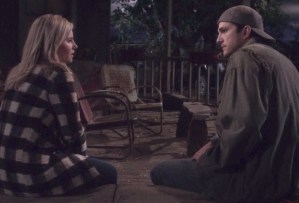 * Abby is devastated that Colt lied to her about the sale of the herd. She decides that she’s had enough, and takes baby Peyton to go stay with her parents. Colt apologizes, but still hasn’t learned his lesson. He agrees to go into business with cousin Luke without first consulting his wife, once again betraying her trust. He tries to make things right with the purchase of a family minivan, but Abby says she needs more time. The following day, she has a talk with father-in-law Beau, who tells her to do what’s best for his granddaughter. After giving it some thought, Abby tells Colt that she thinks they should separate.

* Colt and Luke agree to go into business together after Luke offers to pony up $30,000 to keep the Bennett Brothers Ranch afloat. The partnership quickly deteriorates when Colt discovers that Luke is hooking up with Mary. Colt tells Luke that Mary is bad news, reminding him not only that she was involved with the man who came after Rooster, but that she stole from Maggie to fund her drug habit. Luke refuses to stop seeing her, and Colt storms out of the bar. 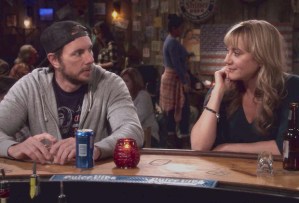 * With nothing keeping him in Garrison, Luke asks Mary to come with him to California — but seeing as how portrayer Dax Shepard is on board for Part 7, something tells us that he’s not going anywhere.

* Beau contemplates an offer to make Iron River Ranch an official part of the Neumann’s Hill family. This in turn upsets Colt, and for good reason. He reminds his father that he previously scoffed at Ed’s offer. Furthermore, it was only last week that Beau refused to help him sell his herd, worried that his inferior cattle would sully Iron River’s reputable brand. Beau eventually decides to go through with the deal — at least that’s what he tells Joanne.

* Beau invites Joanne to move in with him, rather than rebuild the home she lost in the Garrison wildfires.

If Netflix continues to follow the same release trajectory, fans can expect The Ranch Part 7 to premiere in June 2019. In the meantime, we have some questions: (1) Will Colt and Abby be able to save their marriage? (2) Will the Bennetts wise up and realize that the best course of action is to sell Colt’s ranch to Lisa Neumann and put him in charge of Iron River? and (3) Will Luke recognize that he’s made a huge mistake and ditch Mary? Grade The Ranch finale (and Part 6 as a whole) below, then hit the comments with your reactions!