Warning: The following contains spoilers from the first three episodes of The Ranch Part 6. To jump ahead and discuss Dax Shepard’s introduction as Luke Matthews, click here.

The Ranch on Friday returned for Part 6 (aka the second half of Season 3) without original cast member Danny Masterson, who was fired by Netflix for reasons well publicized. So how did the Netflix comedy deal with Rooster’s absence?

As you’ll recall, Rooster was last seen in the Part 5 finale. In what would be his final scene, Mary’s ex-boyfriend Nick tossed the rancher a duffel bag full of his belongings and told him to get lost… or else. He then pointed a gun at Rooster and threatened to kill the entire Bennett family if he snitched. And so, Rooster picked up the bag and ditched town… or so we thought.

In the midseason premiere, Colt grows suspicious when Rooster doesn’t show up to work on the Peterson ranch. His bike’s gone, and no one’s heard from him. The following day, Colt calls Billy, who makes a trip out to Iron River Ranch. There, Colt tells the officer that Nick previously threatened to kill Rooster. Billy agrees to investigate, and tells Colt not to do anything stupid. But later that night, Colt takes it upon himself to pay Nick a visit, where he demands that the ex-con tell him what happened to his older brother. “The only thing I know about your brother is he likes to f–k other guys’ girlfriends,” Nick says. “That can get a man in trouble.” A triggered Colt charges at Nick, and a truly savage fight ensues.

We then pick up, mid-brawl, in Episode 2. The fight is broken up by Officer Wilkerson, who takes Colt and Nick to the police station. There, Wilkerson promises Colt that he’ll reach out if they get a lead on Rooster’s whereabouts. Shortly thereafter, Beau receives a phone call: The authorities have found Rooster’s motorcycle… at the bottom of a cliff. 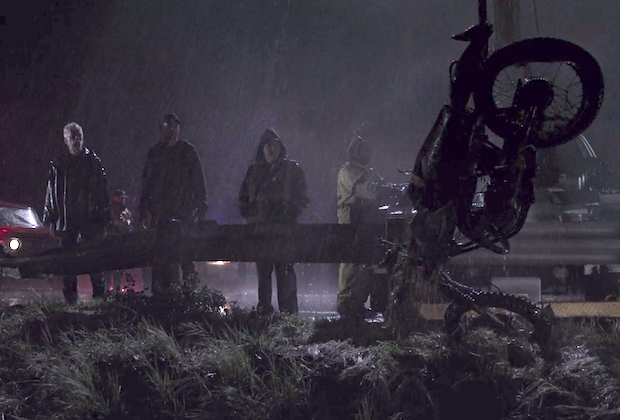 Colt and Beau make their way over to the scene of the accident, where Wilkerson tells father and son that Rooster must’ve been carrying too much speed into the curve. As a result, his brakes locked up and he went over the guardrail. A search-and-rescue team is combing the entire area in hopes that Rooster survived, but it’s not looking good. When his motorcycle is retrieved from the river, Beau has his answer: Rooster is dead.

Colt, meanwhile, is in a state of total denial. He’s convinced that Rooster faked his own death to get Nick off his trail, but the ex-con tells Mary pointblank that he didn’t kill Rooster. When Colt reveals to Beau his plan to confront Nick at gunpoint, Beau takes it upon himself to have a word with Nick. He heads down to the trailer park and threatens to kill Nick himself if he doesn’t leave Garrison immediately.

In Episode 3, Maggie returns home to grieve the death of her first-born son. Abby also returns to find a sleep-deprived Colt sitting in Rooster’s hunting cabin, determined to prove to everyone that his brother is still alive. He hacks into Rooster’s bank account and sees that a charge was made earlier that day at a nearby motel. It instills in Colt a false sense of hope, who finds Rooster’s belongings in a motel room, but Rooster is nowhere to be seen. An employee that works there explains to Colt and Abby that Rooster’s card was on file and he never checked out, but he hasn’t been around in at least two days. Back at home, Wilkerson drives over to inform Beau and Maggie that the search-and-rescue effort has been called off. Rooster is presumed dead, and a search-and-recovery team will do their best to find his remains. 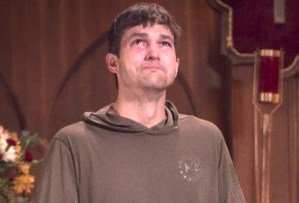 That weekend, Beau and Maggie hold a memorial service for Rooster. Colt stays back, still unable to accept that his brother is, in fact, gone. At home, he finds a package waiting for him on the porch. It’s from Rooster, who had a sign made up for Bennett Brothers Ranch before he died. Also enclosed is a onesie he bought for his soon-to-be-born niece, and a note thanking his brother for making their dreams come true. Colt takes the gifts with him to Rooster’s funeral, where he eulogizes the best friend a brother could ever ask for. Everyone then gathers at Maggie’s bar to toast the beloved rancher.

Given the circumstances at hand, how do you think The Ranch handled Danny Masterson’s exit in Part 6? Hit the comments with your reactions.