Bad news: A witchy stranger breaks into Fiji’s house in this week’s Midnight, Texas. The good news: At least she brings wine!

Transparent‘s Trace Lysette shows up on the supernatural drama this Friday (8/7c) as Celeste, a glamorous witch who’s got some important, curse-related information for Parisa Fitz-Henley’s Fiji. Here’s your first look at her: 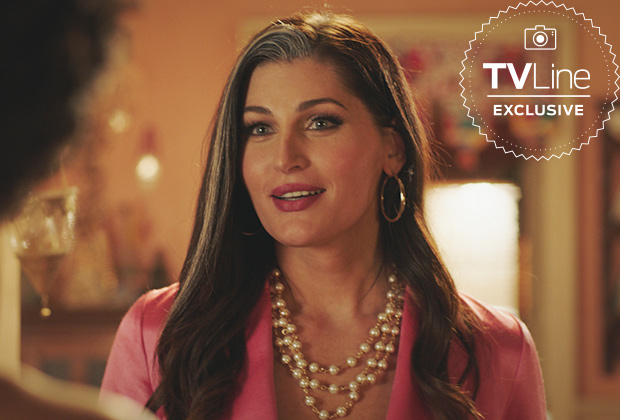 And as you can see in the exclusive clip above, Fiji’s not so sure she wants to know what her visitor has come to say.

“No one’s taught you your witch history?” Celeste asks incredulously when Fiji admits that she doesn’t know who some major magical players are. But that gets pushed aside when Celeste admits that she can understand exactly what Fiji’s going through, because “I’m cursed, too.”

But isn’t that particular affliction a family thing? Yes, Celeste says, going on to explain exactly how she and Fiji spring from the same witchy tree.

Elsewhere in the episode, titled, “Drown the Sadness in Chardonnay,” Lem makes a shocking decision, Olivia’s past comes back to haunt her, and a suicide pits Manfred and Kai against one another (though Patience sneaking over to Manny’s place in the previous episode probably doesn’t help things, either).

Press PLAY on the video above to watch Celeste in action.