THE PERFORMANCE | If you’re still searching for a silver lining in the untimely death of Roseanne Conner, look no further than the refreshing new life it has breathed into her daughter Becky — by way of underrated portrayer Goranson — on The Conners.

The Becky in The Conners is louder, brasher and more manic, but she’s also more insecure, vulnerable and grounded. That’s partly because, with Roseanne gone, the writers have more time to explore what’s behind the character’s basket-case tendencies (see: the ongoing arc involving Becky’s drinking). But credit must also go to Goranson, who has responded to the meatier material with some of the most comically confident and emotionally nuanced work of her career.

The new and improved Becky received a primo showcase in this week’s fifth episode, which found the eldest Conner reeling from the discovery that she is, against all medical odds, pregnant. With Becky’s emotions all over the map — particularly in the sequence in which she announced the news to her supportive-but-skeptical family — Goranson had to convey elation, fear, anger, and desperation all in the span of minutes while also being funny. And Goranson nailed every beat of the mental rollercoaster.

The end of “Miracles” hinted that Becky might choose to give her future child up for adoption, a decision that will likely call on the actress to dig deeper into her alter ego’s psyche. But judging by her revelatory work in the first half of The Conners‘ very promising inaugural season, we have little doubt Goranson will deliver. 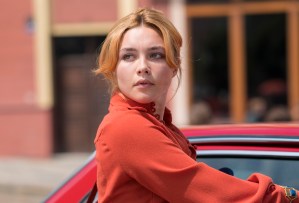 HONORABLE MENTION | With only a handful of acting credits to her name, Florence Pugh got thrown into the deep end with AMC’s coolly cerebral thriller The Little Drummer Girl, starring alongside award winners Alexander Skarsgard and Michael Shannon. But Pugh not only held her own against her seasoned co-stars, she stole every last scene from them with a commanding, impressively tough-edged performance. Pugh played Charlie, a rebellious stage actress who gets recruited to join a tangled spy mission, and if she were anything less than convincing, the intricately woven story would fall to pieces. But she is convincing, with Charlie using her natural charms to get exactly what she wants, even when she’s caught up in a deadly spy game that spans decades and continents. Like its predecessor The Night Manager, The Little Drummer Girl is a visual feast of international intrigue — and it gives Pugh, just like it does Charlie, the role of her young life. 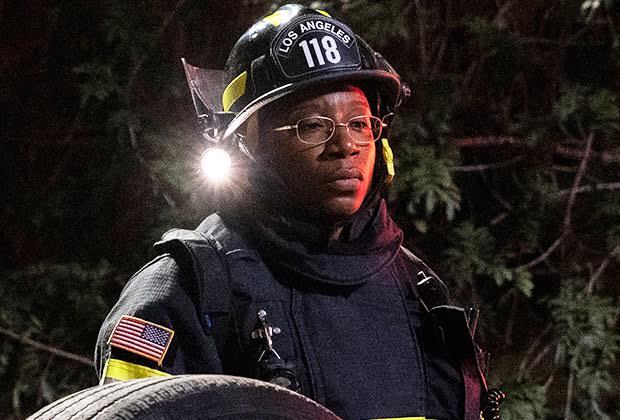 HONORABLE MENTION | Hen’s first captain may have doubted her ability to carry a fellow firefighter in a crisis situation, but we had no doubt that Aisha Hinds could carry Monday’s episode of 9-1-1, an unforgettable origin story that shed new light the challenges Hinds’ character faced as a black lesbian struggling to be respected by small-minded white men at the start of her firefighting career. From her more explosive moments, like the devastating speech (“See me!”) that she delivered to the other firefighters, to her quieter moments, like her heartwarming discovery that she had more friends at work than she realized, Hinds reminded the show’s viewers just how powerful — not to mention versatile — a performer she can be.