THE SHOW | DC’s Legends of Tomorrow

THE PERFORMANCE | Even as the Arrowverse’s wild child doubles down on crazy — mixing magic with time travel — it still makes room for smart character work, such as when Ashe taps into Zari’s struggle with what she knows about the future and her inability to stop it.

That dilemma was touched on in the season opener, but with “Witch Hunt,” Ashe got to explore it in a different, deeper way. Visiting the Salem Witch Trials, Zari looked on as a woman, Jane, was ripped away from her daughter, to eventually be burned at a stake. Zari hoped to intervene and spare the lass a tragic loss, reminding Sara, “This is exactly what it’s like where I’m from” — a 2042 where A.R.G.U.S. has banned religion and hunts metas. “Tribalism, scapegoating, persecuting someone just because they’re different, while other people stand by and do nothing.”

Refusing to do nothing, Zari invited Jane to escape jail and flee with young Prudence, only to have that gesture rebuffed. “What kind of life is it going to be, where you died and she couldn’t protect you?” she asked the mother, Ashe’s face full of earnestness. “She’ll end up mad at herself. And mad at the world.”

When Prudence enlisted her fair(l)y (evil) godmother to save Mom and instead put her accuser’s feet to the not-so-proverbial fire, Zari counseled the girl to not teach the man so harsh a lesson — even though, the future proves out, the hearts of such people will never change. The way Ashe carried herself throughout the scene made clear it was a personally wounding, but important, truth for Zari to tell.

“People always fear what they don’t understand, and that fear turns them into monsters. But we can’t let it turn us into monsters. We have to be better than them,” she said, alluding to her own experience (and maybe even the world of today). 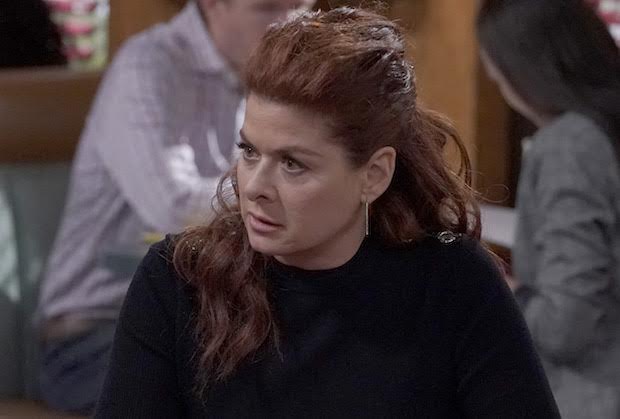 HONORABLE MENTION | When you think of Will & Grace, “harrowing” is probably the last adjective that comes to mind. However, it perfectly describes Debra Messing‘s brutally honest performance in “Grace’s Secret.” Throughout the episode, she laid bare with downcast eyes and a clipped tone her character’s discomfort with even the mention of dad Martin’s late friend, Harry. And when finally, Martin suggested that she was incorrectly recalling what Harry had done to her, Messing let Grace snap. “I remember every single thing that happened that day,” she said, her certainty underscored by decades of bottled-up anger and pain. By the time she was finished telling her father in graphic detail about Harry’s sexual assault, she’d left Martin in the same state that Messing had left us: speechless. 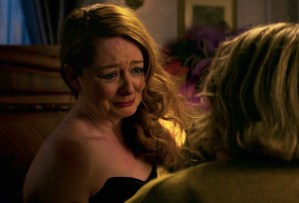 HONORABLE MENTION | After establishing herself as the stoic, cold-hearted member of the Spellman family, Zelda underwent an emotional transformation in Chilling Adventures of Sabrina’s ninth episode that was equal parts surprising and satisfying, bolstered by a powerful performance from Miranda Otto as a woman torn between a love for her niece and a responsibility to her Dark Lord. You know, typical family drama. From Zelda’s fearful admission of insecurity (“We should never have taken Sabrina in!”) to that final shot of Sabrina weeping in Zelda’s arms, Otto added yet another believable layer to an already complex character. In a show full of consistently strong ensemble performances, Otto leads by example. 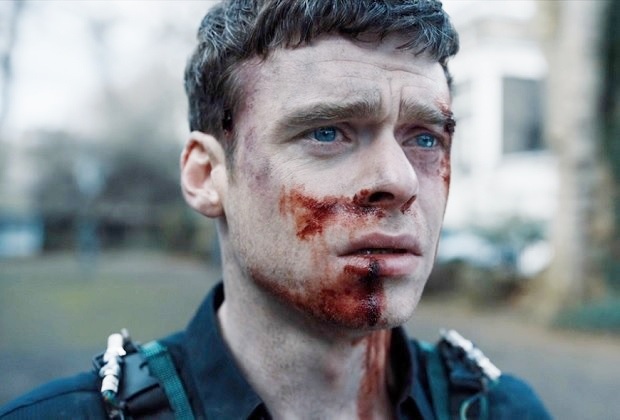 HONORABLE MENTION | Richard Madden‘s powerful work in Bodyguard‘s thrilling finale (streaming Stateside on Netflix) took our breath away. In an excruciatingly intense sequence, the titular David Budd had to negotiate for his life with the authorities after he found himself strapped to a suicide vest against his will. With Budd facing possible death at any moment, Madden had to convey the kind of terror and desperation one can only know when the unimaginable happens — and boy did he deliver. As Budd pleaded for help, Madden’s strong bodyguard turned vulnerable. With tears streaming down his face, Budd made a heart-wrenching apology to his wife for letting her down as a husband and father. Budd may have felt like he failed as a man, but Madden’s success as an actor left us in utter awe.