Maybe The Voice had been doing us a favor by chopping some of its Season 15 Battles down to next to nothing. Initially, I’d felt gipped and like it was scarcely better than the dreaded montage treatment. (I suspect most of you felt that way, too, yes?) But headed into Night 3, I thought maybe the show was being kind, not only to singers who hadn’t done so well but also to us. I mean, would you really have wanted to hear another second of Jarred Matthew and Tyke James’ assault on Billy Joel’s “She’s Always a Woman”? I know I wouldn’t. In the comments that follow this recap, you can debate the wisdom of cutting the Battles rather than the intro packages (or that silly moment backstage when contestants learn against whom they’ll be singing). But first, a recap of Monday’s performances, the good, the bad and — not again! — the montaged! 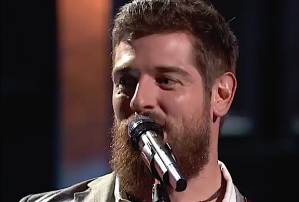 Team Blake: Dave Fenley (Grade: A-) defeated Keith Paluso (Grade: C) on “I’m a One-Woman Man” — Keith stolen by Adam | “It’s a Hair Club for Men,” cracked mentor Keith Urban when the bearded teammates walked into rehearsal. And very quickly, things got even hairier. While Dave came off as polished as he had in his Blind Audition, park ranger Keith sounded like he was doing a bird call that wouldn’t attract any fine feathered friends. (Later, he even struggled to remember the lyrics.) In the moment of truth, the guys started off harmonizing beautifully, but then, while Dave soared (and dipped so low with his vocal, he could’ve tripped over it), Keith barely achieved takeoff, for the most part sounding like a singer with not a ton of, but some, potential and a bad case of nerves. 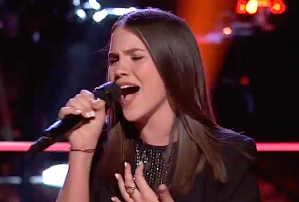 Team Adam: Reagan Strange (Grade: A) defeated Emily Hough (Grade: B) on “Photograph” | Adorably, these fast friends weren’t keen on going up against one another. But I didn’t anticipate it being much of a Battle; between 16-year-old Emily being the stronger singer, and Reagan having the jitters you’d expect from a 13-year-old competing on The Voice, I expected it to kinda be over before it began. However, on stage, Reagan stunned me. She sounded every bit as lovely as Emily — maybe even lovely enough to give me momentary Addison Agen flashbacks. By the time they were through, my whole opinion had changed. I liked Emily’s performance quite a bit, but I loved Reagan’s. Wow. 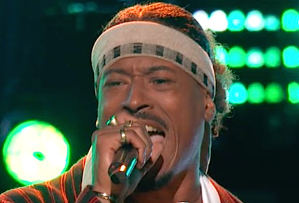 Team Jennifer: Franc West (Grade: B+) defeated Matt Johnson (Grade: B) on “Too Close” | In rehearsal, Matt didn’t seem to so much rehearse as put on a whole badass performance — I’d have put him through to the Knockouts based on that alone. Franc came close to keeping up, intensitywise, but didn’t quite. When they got on stage, Matt’s performance was polished, his voice, strong. But I’ll be damned if there wasn’t something super mega compelling about the urgency of Franc’s performance. It was wild and desperate, raucous and undeniable. I still think Matt is probably the better singer, but ultimately, Franc gave the better performance and definitely the more memorable one. 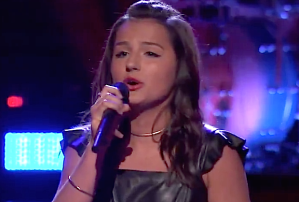 Team Kelly: Abby Cates (Grade: B+) defeated Delaney Silvernell (Grade: B) on “Love Me Like You Do” — Delaney stolen by Adam | Since both of these singers got Cs from me in the Blinds, I wasn’t exactly looking forward to this Battle. But in the quiet of the rehearsal studio, they sounded pretty sweet (despite nerves that Delaney admitted were making her shake). During stage rehearsal, Kelly advised them to think less, feel more. And Delaney certainly gave me the feels with her first lines — if those notes had been any more beautiful, they’d have been framed and hung in a museum. Abby fared just as well early on and then, when the song got big, distanced herself from her opponent with a vocal that cut through the noise and managed to make a greater impact. 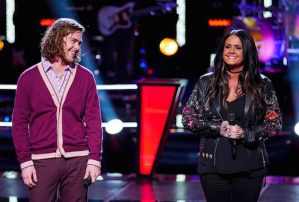 Team Adam: Jake Wells (Grade: B+) defeated Natalie Brady (Grade: B+) on “Closing Time” | In rehearsal, Jake couldn’t help but question the logic of Adam pairing him with rock chick Natalie. Their coach’s response? Their taste in music was probably more similar than they guessed. Aaand… what? Anyway, after Adam rearranged the song to start off more intimate than the original, it sounded like it might actually be a fair fight — and it turned out to be one, too. During the actual Battle, Natalie demonstrated great control over her powerful voice, shrinking it down at first to the level of a lullaby. To my surprise, Jake was just as easily able to go big with his vocal and keep up with his teammate as the number grew. They were both pretty great, but Adam had to go with Jake, who Kelly likened to a cross between Kurt Cobain and Brad Pitt. (And it’s worth mentioning, made TVLine’s list of Season 15’s 10 best Blinds.) 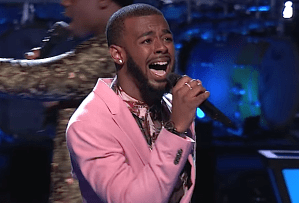 Team Jennifer: Tyshawn Colquitt (Grade: A-) defeated Zaxai (Grade: B+) on “Love Lies” — Zaxai stolen by Kelly | Though Tyshawn kicked off the Battle by winning his own personal game of “How low can you go?” — with his voice, that is — I was early on leaning toward Zaxai, whose vocals seemed not only richer and more nuanced but so intimate that it felt like we were eavesdropping on pillow talk. However, the bigger the number got, the rawer Tyshawn’s singing became, and he absolutely slayed, going from a falsetto that was almost a Chris Blue note to a holler steeped in passion. Make no mistake, Zaxai acquitted himself beautifully. But Tyshawn wasn’t just on fire, he was on the four-alarm kinda fire.

And in a return to the dreaded montages — just when I was starting to wrap my head around the shortened Battles! — RADHA defeated Foushée to stay on Team Adam, Chevel Shepherd defeated Mikele Buck (what?!?) to remain on Team Kelly, and MaKenzie Thomas defeated Audri Bartholomew to continue on with Team Jennifer.

So, did anybody dazzle your eardrums Monday? Vote in the poll below, then hit the comments: Would you prefer the dreaded montages or abbreviated Battles (if we can’t just get whole Battles)?