Fiona learned an important lesson during Shameless‘ midseason finale: Sometimes, you have to go back home. 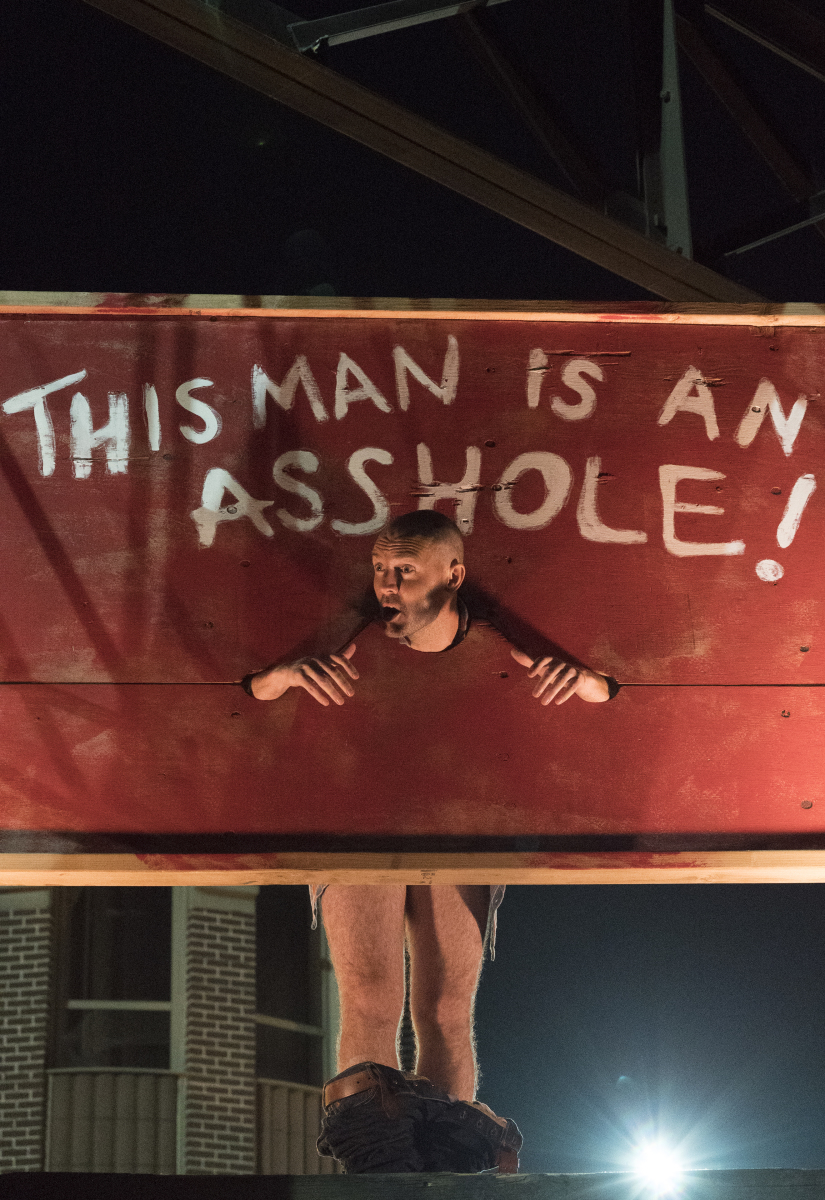 After selling her apartment building to her business partner, Fi — who spent most of the episode drowning her sorrows in booze — was left with no choice but to move back into the Gallagher house. As for her married ex Ford, Debbie built a platform to publicly shame her sis’ lying beau.

Below, executive producer John Wells discusses what Fiona’s recent setbacks mean for Emmy Rossum’s final episode, her future with Ford and Lip’s role within the family. The EP also weighs in on Ian’s reunion with Mickey in last week’s hour.

TVLINE | Fiona seemed to have finally found a good partner in Ford. Why did you decide to have him keep this giant secret from her?
It was more about Fiona’s character. We’re trying to find a world in which we represent how difficult it is for people to break out of these kind of economic straits. She had some hubris, she’s made some investments that she shouldn’t make. She’s trusting someone that she probably should have known more about. That’s kind of what happens and how difficult life can become. It was really more about our feeling like we’ve allowed her to fly a little bit too close to the sun, and that it was time to show her that people from her background have a lot of problems actually escaping the world that they’re in. And also, on the relationship front, it’s difficult to escape what you know. She hasn’t had much good parenting. She certainly didn’t have an example of a good relationship to grow up with. She’s got to figure out what she needs before she can really figure out who’s someone safe for her to be with.

TVLINE | Understandably, Fiona was very upset and ran off after she found out the truth, so she and Ford never really had a conversation hashing it all out. Is that still to come?
Maybe not in the way that you imagine it. But yes, there will be more Ford and Fiona.

TVLINE | He tried to explain the situation to Fiona when she first found out. Is there more to the story than he’s letting on? Is it more complicated than it seems?
Isn’t it always from the point of the view of the person who’s trying to say that they’re being misunderstood? The reality is emotional intimacy with another person requires honesty, and without honesty, you can’t have a relationship that’s successful. And she doesn’t have a good bulls–t meter, because everything was a lie in her childhood. Because of that, somebody lying to her is a huge thing that she keeps having to confront. 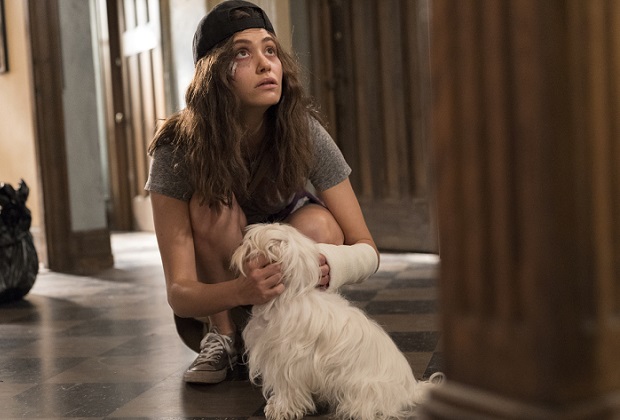 TVLINE | With everything that Fiona went through in these past couple episodes in terms of her personal life, her business and with Ian, she was in a very terrible place in this finale, emotionally, mentally and physically. How much further will she spiral?
She did get to shoot Ford in the a— with a paint gun, though. It’s the little things.

TVLINE | That must have been very cathartic.
[Laughs] Yeah, she’s got some further to fall, and we’ve got to see how does that work with her family, and who will step up with her, and how is she going to accept who she’s going to be as just an individual. Because up to this point, her life has been defined by raising her siblings — not that she had a choice. Who’s she going to be now when they’re basically all growing up or grown up?

TVLINE | Is there still hope of her getting at least a semi-happy ending before we say goodbye to Fiona and Emmy Rossum?
[Laughs] Yes, although there are a lot of fairy tales about what a — excuse the pun — happy ending is for most people. What is that we need to be happy? What is it that we want? A lot of these ideas about what it’s supposed to be like are not what really makes us happy, and that’s what she’s starting to figure out. I hope that at the end of the next seven episodes that you’ll feel pleased about where she ends up. But I don’t want to suggest that suddenly everything is rosy for Fiona. 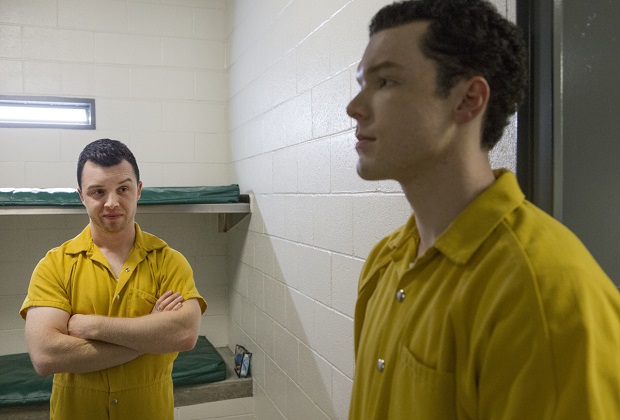 TVLINE | Maybe another word for it is a bittersweet ending, like with Ian. How did you land on that particular ending for Ian? And was Mickey always a part of it?
We always were hopeful that Noel [Fisher] would come back and be a part of it. He was great on the show when he was on it all the time. He went off to do other things. When we started to think about Cameron [Monaghan] not coming back, we had a conversation immediately with Noel to say, “Hey, can we grab you for a day? Will you come back and play Mickey again for a little bit?” He said, “Yeah.” And then we decided how to do it.

TVLINE | Lip has stepped up so much this season at home, even as a father figure. Do you seem him becoming the patriarch of the family, especially in light of the fact that you’re losing the sort-of matriarch when Fiona exits? 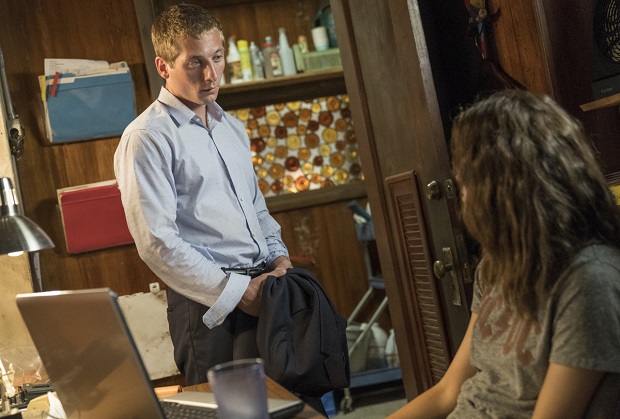 I think people, as they mature and grow up and go through life — and he’s been through a lot — you start to think about, “Who am I going to be as a grown up?” That is definitely part of what we’re trying to do. Lip’s been through a lot, and now he has to take more responsibility and decide who he’s going to be and what makes him happy. I really love the storyline that we’ve been playing with him.

TVLINE | Will you be exploring Debbie’s sexuality further?
What we’re doing or working with is a lot of young people feel not nearly as defined by their gender and want to kind of figure out, “Isn’t it just love? Isn’t it just who we fall in love with? Isn’t it just who we care for? Should we be making all this distinctions?” I don’t think we’ve made up any kind of mind about where she will end up. She’s just trying to be happy and find people to be happy with. If she ends up with a woman as a life partner, that’ll be great. If she ends up with a man as a life partner, that’ll be great. We just want her to find a way to be happy and fulfilled in her life. So we’re playing with that 18-year-old, 19-year-old, who’s trying to figure out what her sexuality is, and should she have to decide at this moment in time.

Shameless fans, what did you think of the midseason ender? Grade it via the poll below!