THE PERFORMANCE | Yes, we know The Good Place‘s Trevor is a nasty demon from The Bad Place, hell-bent on making our beloved humans as miserable as possible. But it’s just so hard to hate him, you know? Especially since he’s played by Scott, who had us giggling non-stop with his magnificently mischievous performance this week.

Materializing on Earth to sabotage Chidi’s study and split up the four humans, Trevor posed as an overbearingly friendly newcomer to the study, annoying everyone (except Jason) with his dorky overtures. It takes talent to be this irritating, but the wicked glint in Scott’s eye also tipped us off that it was all a ruse. Trevor quickly snapped back into Bad Place mode while taunting Michael for his Dick Tracy disguise, as Scott proved he’s equally at home dishing out insults and lemon bars. Later, when Trevor took the group to a gaudy American-themed chain restaurant, Scott was deliciously evil as he expertly manipulated the humans into turning on each other. (And let’s not even mention what he does in public bathrooms. Blech.)

We’ve been a fan of Scott’s easygoing charms since his days on Party Down and Parks and Recreation, and it’s so much fun to watch him take those charms over to the dark side here. We were almost sad when Judge Gen flicked Trevor off into oblivion, because that means we might not get to see that glint in Scott’s eye again. A Bad Place spinoff, anyone? 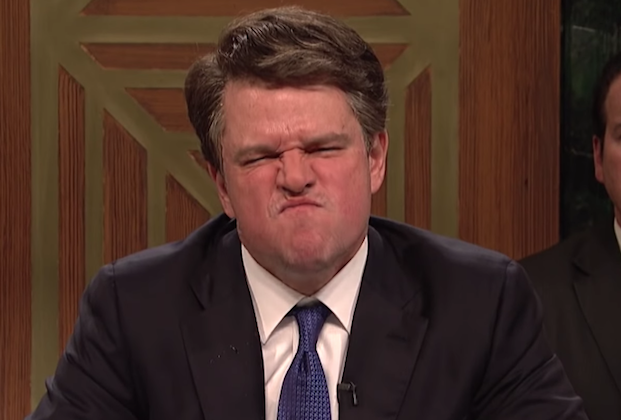 HONORABLE MENTION | There was nothing funny about the Ford-Kavanaugh hearing — until Matt Damon popped up in Saturday Night Live’s Season 44 premiere to give a tour-de-force performance as the Supreme Court nominee. (WATCH HERE) “I’m gonna start at an 11,” he said, matching the judge intense mannerism for intense mannerism. “I’m-a take it to about a 15 real quick!” In fact, Damon took it beyond 15, altogether vanishing into his role to portray Kavanaugh as a self-pitying, rageaholic bro who couldn’t possibly be guilty of sexual misconduct since, in his youth, he’d been “the proudest, drunkest virgin” ever. For doing the impossible — making us laugh about something not remotely amusing — we not only award Damon this Honorable Mention, we raise our beer cans to him. 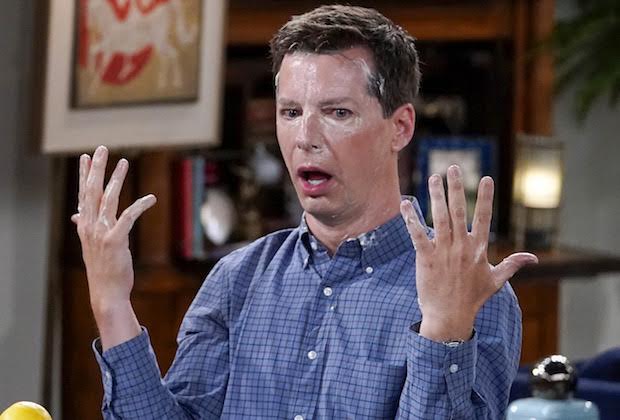 HONORABLE MENTION | If there was any doubt that Will & Grace’s Sean Hayes is TV’s finest physical comedian, he laid it to rest in Thursday’s Season 10 premiere. Before Jack got his face laser-blasted for his first video chat with Estefan’s family, he got a little — OK, a lot — carried away applying the numbing cream (which, we might add, Hayes put on as if voguing). When that left not only his mug but his hands and tongue deadened, Will suggested that a banana could reverse his condition. That, in turn, let loose Hayes on an epic bit of shtick in which Jack bobbed for a banana, smashed it open, then forced his useless mouth to chew. That Will had been kidding was just the cherry on top! 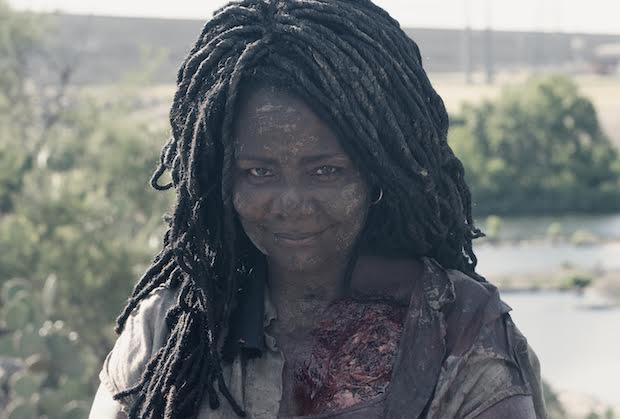 HONORABLE MENTION | Whether Fear the Walking Dead viewers bought that Martha’s backstory could’ve turned the mild-mannered teacher into the murderous Filthy Woman, they had to have admired Tonya Pinkins’ commitment to her role — especially in Season 4’s finale. As the widow recounted her sad tale for Morgan, the actress replaced her character’s usual malevolence with a pain so visceral that it wasn’t hard to imagine her going crazy rather than continue to feel it. When she later snapped back to unapologetic villainy, Pinkins played the transition with a thrilling ferocity. But what really clinched her Honorable Mention was her portrayal of the Filthy Woman’s downfall, in particular the anguished cry that rose up from Martha’s core, only to lodge itself deep in ours.