THE PERFORMANCE | Even if Scorsone hadn’t uttered a single line of dialogue in Grey’s‘ insanely romantic Season 15 premiere, we’d have known every moment exactly how Amelia was feeling — that was how expressive the actress’ face was. Take, for instance, the early scene in which the formerly married Hunts ran into Owen’s old flame, Teddy. Scorsone never let drop her character’s smile, but there was no mistaking the worry that stirred behind her eyes as her rival revealed that she’d been offered a job at Grey Sloan.

Later, after being pushed by Koracick to fight for Owen, Amelia steeled herself to confess that once again, she had feelings for her ex — “like pulse-racing, chest-pounding feelings.” And, whether you watched her come clean with the sound off, Scorsone — her countenance an ever-changing mixture of hope and fear, resolve and vulnerability — made it poignantly plain what was at stake for her alter ego. (Between sniffles, we couldn’t help but think that it was the sweetest declaration of love we’d witnessed since Julia Roberts told Hugh Grant that she was just a girl standing in front of a boy… )

Later still, though Amelia had braced herself to be let down gently by Owen, he revealed instead that he wanted their relationship to have the same thing she did: strings. As a recovering addict, Amelia was wary of commitment. But, she promised, “I’m gonna try to be less wary.” And the way Scorsone’s expression shifted, ever so subtly, from terrified to determined, we believed that Amelia was going to succeed. 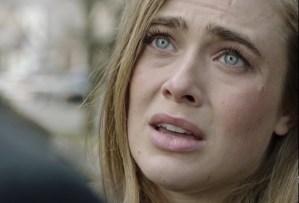 HONORABLE MENTION | It’s been said that the reason Lost worked was because it made you care about the characters as much as — if not more than — the larger mystery. If that is the onus put upon NBC’s similarly eerie Manifest, Melissa Roxburgh right out of the gate had us very much feeling Michaela Stone’s existential conflict. Struggling to sum up her discombobulation for almost-fiancé Jared, she said, “How about the fact that I take off in a plane and when I land my mom is dead? … How about that I lost five years, six months and 28 days of the world, of life?” Fold in Michaela’s preexisting, complicated feelings about a “murder” from her past, and, “Yeah, I am trying to figure out if I should be grateful being back and alive, or just guilty,” she admitted, Roxburgh’s eyes registering understandable puzzlement, a searching for something, anything, that makes sense. 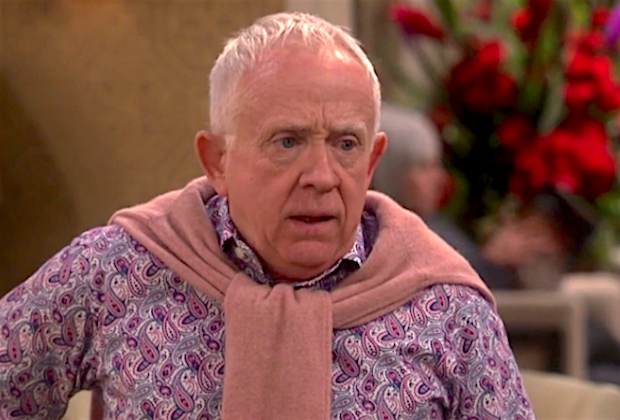 HONORABLE MENTION | For three solid decades now, Leslie Jordan has been a delightful addition to every TV show he’s appeared on. (He guest-starred on the first season of Murphy Brown… the original run.) Now the Will & Grace and American Horror Story veteran is the best part of Fox’s old-folks sitcom The Cool Kids, co-starring as kooky nursing-home resident Sid. In Friday’s series premiere, Jordan fired off a number of tart one-liners before delivering the episode’s comedic highlight when the flamboyant Sid tried to act macho to seduce new resident Margaret. His highly uncomfortable demonstration of the “man-woman stuff” they might do together left the studio audience (and us) in stitches. As long as it gives Jordan a prime opportunity to make us laugh like this every week, The Cool Kids is cool with us. 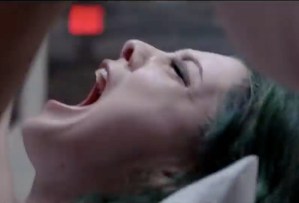 HONORABLE MENTION | The Gifted‘s Emma Dumont did warn us at Comic-Con. And sure enough, the arrival of Lorna’s X-tra special baby was an event as seismic as it was joyous. Leading up to the power grid-sapping moment, Dumont in a pair of quiet scenes showed us that even a powerful mutant mom-to-be can be scared, eventually handing Andy an important task: “If it comes down to me or the baby, [Reeva] will choose me. Do you understand, I need you to protect the baby,” she made clear. “Stop her, however you have to.” But we gotta tell you, once it came time for Lorna to puuush out Magneto’s grandkid, Dumont sold the hell(fire) out of the sequence, bellowing and grimacing and convulsing in a way that, knowing how many takes they must have done, undoubtedly was a physically exhausting experience. The result was a perfect delivery.