Let’s get something straight right off the bat: Vicki Lawrence would like you to know that her new Fox comedy, The Cool Kids, is set in a retirement community.

Not an old-age home.

“Somebody tweeted, when we got picked up, that Fox had lost their minds, that they were going to do a sitcom about a bunch of geriatrics,” Lawrence says during a visit to TVLine’s New York offices. “I tweeted back and I said, ‘First of all, we are not geriatric. And second of all, we’re really funny.'” She chuckles. “I got an answer back: He said, ‘Touché, Miss Lawrence.’ I mean, ‘geriatric’ is when they’re coming in to change your diapers and feed you oatmeal!”

Lawrence co-stars with David Alan Grier (In Living Color), Martin Mull (Roseanne) and Leslie Jordan (Will & Grace) as residents of an assisted-living-type community where the inhabitants are free to come and go as they please… but they mainly stick around to get into shenanigans with each other.

“I’ve played a lot of these [places] with my one-woman show,” Lawrence adds, observing that the people in those audiences “are busy. They’re screwing around and seriously dating and having a great time spending that disposable income.”

Memories From the Set: Vicki Lawrence 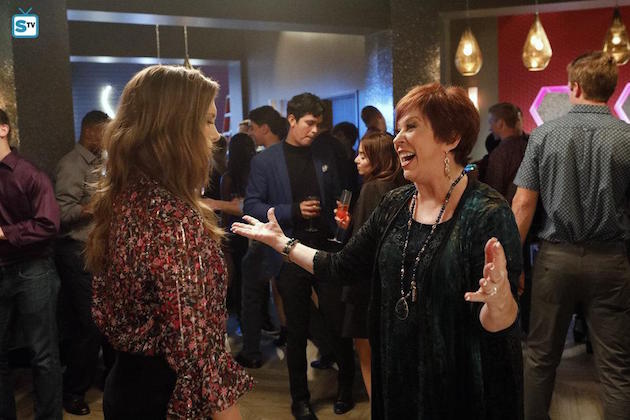 Ahead of The Cool Kids’ series premiere tonight (8:30/7:30c), we asked Lawrence to reminisce about some highlights from her TV career. Click on the gallery at right — or go to it directly here — for her memories of The Carol Burnett Show, Mama’s Family, Hannah Montana and more.