We’re about ready to make someone swear on Oprah that one of This Is Us‘ central couples is going to be OK.

During a panel that followed the NBC drama’s premiere event Tuesday in Los Angeles, series creator Dan Fogelman teased that Randall and Beth would be “put through some paces as a married couple” in Season 3. And when TVLine got a few moments with star Sterling K. Brown later that evening, the actor confirmed that Tess and Annie’s — and now Deja’s! — parents have some hard stuff to get through in coming episodes.

“There’ll be some difficulty between them regarding their marriage. Randall makes some choices that his wife supports but not necessarily endorses, with regard to a career opportunity,” Brown said. “Being the dutiful person she is, she finds herself not being able to anymore, and there’s a bit of a break in the union we’re accustomed to seeing.”

Viewers will recall that Randall quit his job shortly after the death of his biological father, William, in Season 1. He hasn’t worked much in the interim, focusing instead on fostering Deja and purchasing and remodeling the run-down apartment building where William used to live.

But any marital turbulence won’t mean the end of Randall and Beth, Brown said. 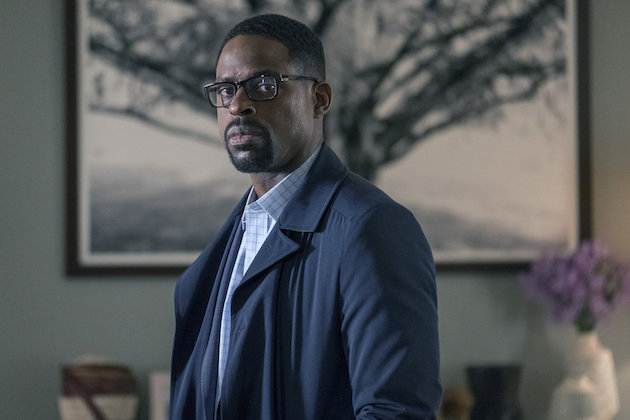 “There’s some time that they have to re-form and make [their] union look like it looks in [the season premiere], but that’s what happens in a marriage: You grow together and apart and together and apart, and the ones that work are the ones where you keep coming back together.”

Plus, he reassured fans: “This is a marriage that works, so they will come back together.” — With reporting by Diane Gordon