Chicago Fire‘s Season 7 premiere gave Casey and Dawson another chance to revisit their relationship despite the recent exit of series regular Monica Raymund, who made a surprise return in the hour.

“I basically begged Monica to come back for one episode,” executive producer Derek Haas tells TVLine. “I wasn’t crazy about the way we ended last season. I’ll put that fully on my shoulders. This summer, I saw her a couple times, and I really, basically, said, ‘Please, please, please, please, will you do it?’ and I think she took pity on me.” 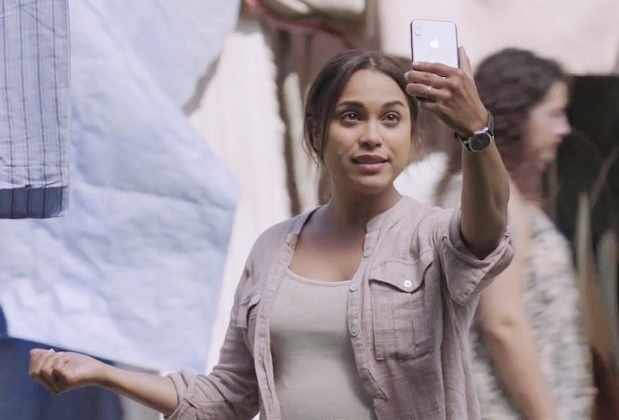 Dawson, at first, appeared via a Facetime session with her hubby. After a brief chat about the all the good work she was doing in Puerto Rico, and seeing how happy she was, Casey wasn’t clear on where things stood between him and his wife. Dawson later surprised him in the flesh in their apartment, where she was packing up her things to extend her stay in Puerto Rico.

“It’s a permanent position,” she announced before suggesting, “You can come with me. We could go together.”

“I’m a Chicago guy,” a watery-eyed Casey replied. As Dawson began to apologize, her husband cut her off, telling her she was meant for this. “I’m just lucky I got to walk alongside you as long as I did. I’m proud of you,” he added.

“I’ve never known anyone as good as you, Matt Casey. I never will,” Dawson responded. As the couple embraced (for the last time?), their marital status was… well, we’re not quite sure.

“It’s ambiguous,” Haas says. “And we’re going to talk about it. There’ll be another character who comes on the show, asking about it, and [Casey] even says flat-out, ‘I don’t know if we’re separated. I don’t know what’s happening.’ He’s a little frustrated. I think he put on a good face, but… you go through cycles of emotions when you go through that kind of a breakup.” 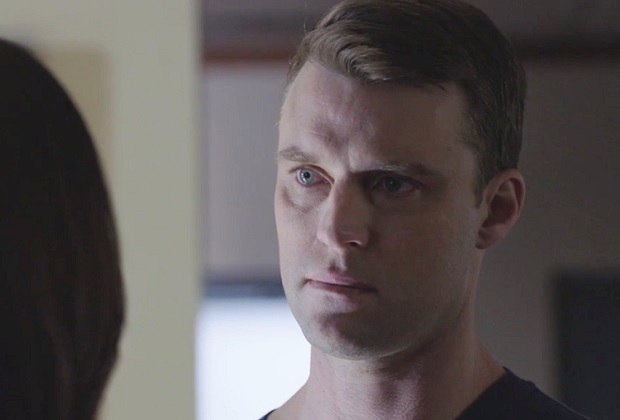 Star Jesse Spencer believes the pair has “parted ways. They’re separated. So he’s going to have to move on.” As for how well the firefighter reacted to Dawson’s decision, “I was surprised, too,” the actor admits. “I had talked with Derek about what we wanted to do. The strongest thing that came through was to love her, he has to let her go. If that’s what she wants to do, then he has to let her go. That’s not what Jesse would do. Matthew Casey is a better guy than me! So I applaud him for that.”

Adds Haas: “When he saw those bags packed, and he knew what she was asking, you have two choices in that moment: One is to blow up, and another is to look at what’s happening and stare it in the face, and put on a brave face. I think what he said was absolutely sincere.” (As for the couple’s season-ending fight last May, that was resolved off-screen. “I think some of those conversations happened before,” Haas explains. “You’re past the anger. And actually, they talked before she left [the first time].”)

Haas is also keeping an “open door” for Raymund, who recently joined the Starz drama P-Town. “She’s actually directing SVU this season,” the EP notes. “So she has amazing talent beyond acting. She’s a great writer and director and singer. The sky’s the limit for her. But if she wants to come back, we will certainly figure out a way to get her back in, even if it’s for an episode or two.”

Fire fans, what did you think of Dawson’s return? Grade the season opener via the poll below, then hit the comments!