Question: Outlander premiere info, please. —Nancy
Ausiello: I can confirm that A) there is a river in the Season 4 premiere and B) there is a steamy scene between Caitriona Balfe’s Claire and Sam Heughan’s Jamie in the same episode. But I cannot confirm nor deny whether the two are linked.

Question: Will Sarah Chalke appear on The Conners? —Bill
Ausiello: “We’d love to have her back [but] we haven’t come up with something that makes sense,” EP Bruce Helford tells me, adding that if the actress behind Becky No. 2 does return she will be playing the “same character” she did in the original revival to “maintain authenticity.”

Question: Got anything from Crazy Ex-Girlfriend‘s final season? — Mia
Ausiello: You know how Rebecca pled guilty to attempted murder after shoving Trent off that balcony? Don’t expect her stint behind bars to last much longer than a musical number or two. “Legally, what Rebecca pled guilty to is something that she did not do, and wouldn’t be held legally responsible for, because it occurred during a defense of others,” showrunner Aline Brosh McKenna explains. Her guilty plea does serve as a peace offering to her estranged pal Paula, though, after all the lies Rebecca told her. “Paula understands the meaningfulness of the gesture,” McKenna hints, paving the way for the BFFs to reconcile early on in Season 4. 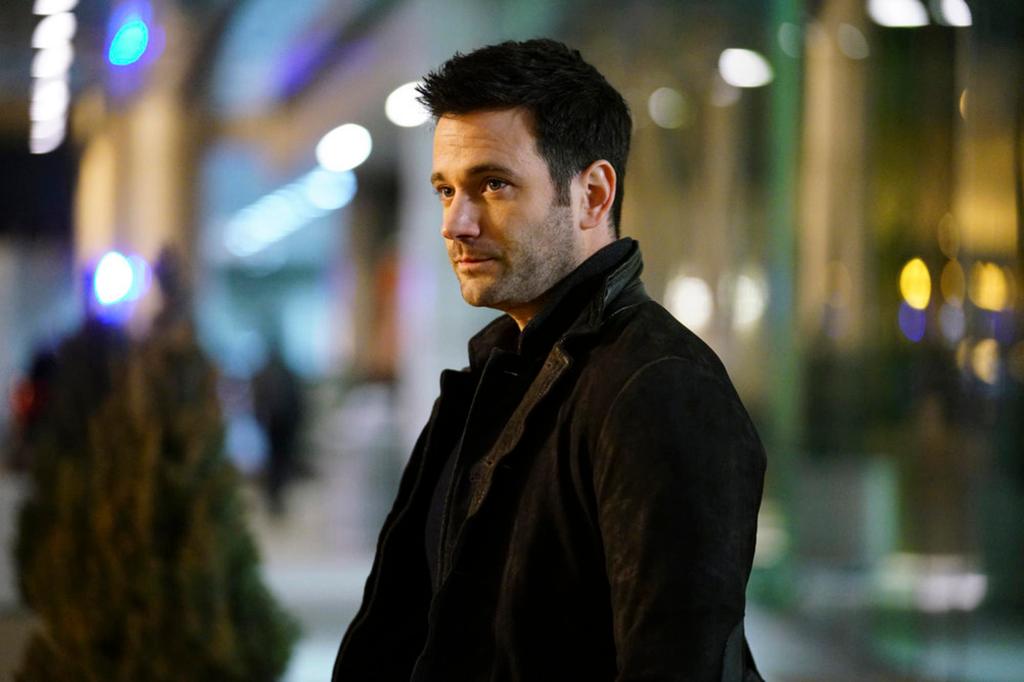 Question: I’m a huge Chicago Med fan. Any scoop on Connor Rhodes? —Adriana
Ausiello: When the show returns with Season 4 this Wednesday, “all things are over” for the doc, who has “made the decision to leave” the hospital, his portrayer Colin Donnell previews. “He sees the relationship with Ava as a non-starter. At the end of the last season, what Connor was really hoping to hear when he asked Ava if she would take the job was, ‘No, because I want to be here with you,’ and that’s not the answer that he got. And so he took it as a sign to say, ‘You know what? My life needs to go in a different direction now.'” But it’s “the worst kept secret,” Donnell jokingly notes, that Connor will remain at Med. “How he stays,” though, “is a really incredible secret,” the actor cryptically adds.

Question: Is there anything you can give me about the upcoming season of Chicago Med? —Kenneth
Ausiello: Dr. Natalie Manning will find herself embroiled in a timely and “sad” immigration storyline, her portrayer Torrey DeVitto told TVLine last week at EW’s Pre-Emmy Party. “It really plays on what’s happening right now and puts it in your face,” she previewed. “I’m so proud that we have writers that are brave enough to write that, and I was so honored that I could play that storyline.”

Question: The Flash‘s 100th episode is coming up this year. Is there anything special planned? –Ashley
Details are still scarce, but it sounds like there will be a basketful of Easter egg-y callbacks. “It’s a big thing to get the opportunity to make 100 episodes of television, so you want to pay back the fans for tuning in, and give them some old faces to look at,” says showrunner Todd Helbing. “The mythology of the season will still be part of the 100th,” but in addition, “You should see some people that you’ve seen in the past.”

Question: Any scoop on Bull that’s not related to Cable’s death? #TooSoon! —Deena
Ausiello: During our post mortem with show boss Glenn Gordon Caron, he teased “fascinating things” ahead for Danny; “interesting moments” for Chunk when he is thrust into a case that his daughter is very uneasy about him participating in; and another visit from Jill Flint’s Diana Lindsay. BONUS SCOOP: Quinn Shephard (Hostages) will guest-star in an upcoming episode as a former child patient of Bull’s who is now being investigated for murrrrrderrrrr.

Question: I know Elementary Season 6 just ended, but… um… whaddaya got on Season 7? —Carly
Ausiello: It won’t be long before Sherlock and Joan — who moved their partnership to London in last Monday’s finale — are reconnecting with their former colleagues back at the NYPD. “Sherlock, Joan, Gregson and Bell form this very non-traditional family unit, and as the seventh season begins, there’s going to be a ‘family’ crisis,” showrunner Rob Doherty previews. “Events will transpire that will force them to put smaller problems behind them and really come together again as that unit.”

Question: Junior is my favorite black-ish character. What’s he going to do during his gap year? — Eleni
Ausiello: While taking a break before heading to college, Bow and Dre’s oldest son will work for a while… and part of that time will be spent at dad’s ad agency, Stevens & Lido. He’ll be “trying to find his path, getting knocked down,” says EP Jonathan Groff, “and then succeeding to the point where he’s asking, ‘Is college really necessary?'” 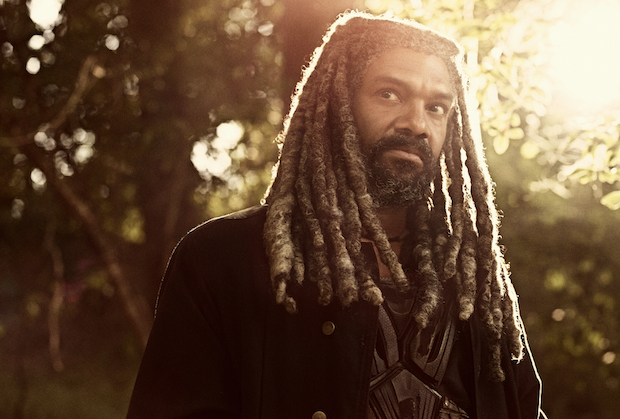 Question: Walking Dead, Season 9… go! — Bernd
Ausiello: Though Ezekiel in Season 8 lost not only Shiva but half of his subjects, don’t expect the king to drop his regal bearing. “There is a little bit more to the zookeeper” than his majestic posturing, the Dead franchise’s CCO Scott Gimple recently told TVLine. “You can’t take too much royalness away from him. Khary Payton exudes it! He’s just undeniably royal.” (For more on The Walking Dead, see ThisAAndThat below).

Question: What can you say about Seann William Scott’s character on Lethal Weapon? —Ivy
Ausiello: I can say that Wesley Cole sees Trish Murtaugh naked in Episode 2 of this season — accidentally! (Get your mind out of the gutter, Ivy.)

Question: When are we going to hear the Madam Secretary staff sing again? Such great voices! — Meryl
Ausiello: Your wait will not be long: During a recent visit to the show’s Brooklyn set, Erich Bergen told TVLine’s Kim Roots that he’s already shot a Season 5 episode in which at least one member of Elizabeth’s entourage — most of whom are played by actors who have starred in Broadway musicals — performs a little ditty. “All I can tell you is that it occurs when we are locked down in an airport, and we are not in this country,” he teased.

Question: On American Horror Story: Apocalypse, did they [SPOILER FROM THE PREMIERE AHEAD] seriously kill off Billy Eichner’s character? I got so excited when he and Leslie Grossman were playing a couple again. —Dave
Ausiello: You can still be excited, Dave. Even though Eichner’s Brock appears to have already met his demise, Grossman says “there is more to learn” about their marriage, which already sounded pretty shady based on the one conversation we witnessed. “The story is not over,” she adds. “There are many layers to unravel, and everything is not as it seems.”

This AAnd That…
♦ BIG BANG THEORY: Thursday’s episode takes a a few pointed digs at a popular sci-fi series that just wrapped an extremely polarizing second season.
♦ THE WALKING DEAD: Our resident Dead-capper Charlie Mason has screened Season 9’s first three episodes and happily reports that, under new showrunner Angela Kang, there’s a renewed focus on the core characters and, better still, the AMC drama is actually playing the key relationships that were backburnered during the war with the Saviors. Add to the mix a couple of new mysteries and more romance than we’ve seen since Maggie was widowed, and it would seem there’s still a lot of life in the undead.
♦ TUBE TALK: Watch Episode 3 now but, whatever you do, please don’t spoil the twist ending!
♦ EMMYS POST MORTEM: Funny story. I left the HBO’s post-Emmy party late Monday night and on my way home when I had a sudden epiphany that prompted me to bark the following words to my Lyft driver: “Hold up, Martin! I have one more stop to make before I call it a night. Take me to the Amazon party, at once. There’s a photo I need to take.” Fifteen minutes later this pic appeared on my Instagram.