The following contains spoilers from the Season 3 premiere of CBS’ Bull.

CBS’ Bull pulled a bit of a George O’Malley with its Season 3 premiere, by gradually revealing that a major character had been the victim of a tragic accident.

In the case of Grey’s Anatomy, the hospital staff was tending to a John Doe who had been mowed down by a bus and thus rendered unrecognizable… until the episode’s final, shocking moments.

Bull‘s return, meanwhile, opened with a seemingly random sequence in which an interstate bridge in New Jersey collapsed, sending dozens of cars plummeting into the bay below. For much of the hour, TAC Team member Cable was merely chalked up as late for work and then missing. It was only in the penultimate act that Chunk broke the news to their boss: Cable was among the drivers to lose their lives in the bridge calamity.

TVLine invited showrunner Glenn Gordon Caron to discuss this manner of writing out original cast member Annabelle Attanasio, who exited Bull over the summer to pursue other career opportunities.

TVLINE | How did you arrive at this particular means of writing out Annabelle’s character?
Annabelle, who’s a terrific actress, came to us about three-quarters of the way through last season and said, “I have this opportunity that means the world to me. is there any way we could make that work?” I said to the network at the time that the idea of having someone in the cast who wants to be someplace else made no sense to me. I also thought that this was an interesting opportunity, creating a storyline about this person who one day just doesn’t show up for work. I don’t want to tell you too much more, but this is really the beginning of that mystery, not the ending of it. There’s more to it. It all came together slowly, because metaphorically the ground beneath Bull’s feet had shifted so much. “Oh my gosh, I almost died!”

TVLINE | To which I would argue: You’ve already got Jason questioning mortality….
Yes, exactly — but now you have the synchronicity of him going through this, and that’s on top of the fact that life didn’t pause while he was away. We know that Marissa [in the Season 2 finale] really wrestled with, “Can I have a life if I continue to work here? I give so much of myself to this place and to this man.” And suddenly he’s gone for 12 weeks and she grabs the bull by the horns, sorry for the pun, and remarries this man she was married to a while ago. It’s all of that, rolled into a ball. It all came together as a piece.

TVLINE | It just seems like a lot for Jason to handle. “Back from your heart attack, are you? Well, one of your young coworkers just abruptly died.”
That’s how life works, isn’t it, though? It comes in waves. You think you’ve got your arms around it, and then something out of left field rocks your world.

TVLINE | Will we see more reactions to the news about Cable? The premiere had nothing from Marissa, for example.
Yep. 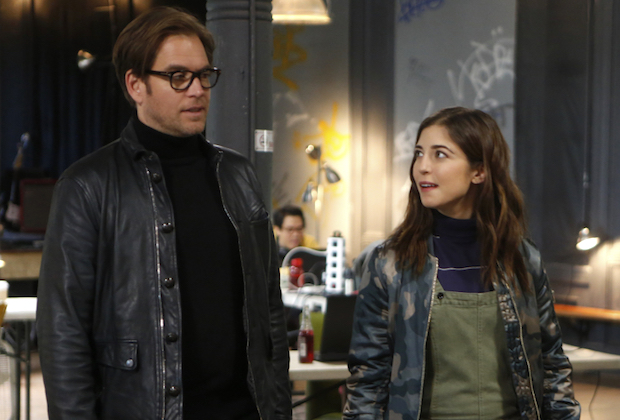 TVLINE | How did you juggle the decision to kill Cable versus allowing yourself the option to bring her back for an episode, if Annabelle became available?
That was frankly never discussed. You have to deal with the fact, the absolute, that she’s not going to be there. Any excuse you come up with is going to seem like a cheat to the audience. The only permanent thing that justifies [her absence] is that character no longer exists. It pierces the reality, any other way.

TVLINE | This is where guest star Jill Hennessy and her “emotional arc” come in, yes?
Yes, Jill plays Cable’s mom. There’s a lot more coming in this story.

TVLINE | How do you see Jason being lastingly different as a result of his heart scare?
I think whenever someone is confronted with their own mortality, it changes them. It humbles them and opens them up to the greater possibilities of how other people live. That’s one of the things that this first [episode] is about. Hopefully it makes him somewhat more sensitive. He has a fairly arrogant streak, but over time you’ll see it mellowed slightly. In the end, though, people are who they are.

TVLINE | Would “the old Jason” have given the liver transplant lady that check?
Oh, good question! It’s a symbolic moment in many ways, but I’d like to think he would have. But I’m not certain he would have. The double whammy of the heart attack and losing Cable, that is all weighing on him when he makes that decision. And, I think, he’s really moved by the fact that Barbra Streisand (“Happy Days Are Here Again”) was playing in the background.

Want more scoop on Bull, or for any other show? Email InsideLine@tvline.com and your question may be answered via Matt’s Inside Line.