You won’t have to wait until October for your first glimpse at Dynasty‘s new Cristal: The CW on Wednesday unveiled its drama’s official Season 2 poster, which includes Ana-Brenda Contreras as the “real” version of the character.

As you’ll recall, Dynasty‘s first season ended on a cliffhanger, with Cristal — played at the time by Nathalie Kelley — getting shot in the stomach and trapped in a fire. In June, Kelley spoiled her character’s ultimate demise by revealing she wouldn’t be returning to film any Season 2 scenes.

“Is it a coma? Is it death?… I actually don’t know,” Kelley said at the time. “But I know that I’m not going to Atlanta in July, that I’m staying [in Los Angeles]… I’ve got my life back.”

CW president Mark Pedowitz later confirmed Kelley’s departure at the Television Critics Association press tour in August, at which point Mexican-American actress Contreras was brought on board as the “real” Cristal.

“It’s a wild soap. It’s like a telenovela,” Pedowitz said of the twist. “You do things that make sense for the moment and based on where the storylines go. That’s really all it’s about…. It was the plan starting about midseason to go in [this] direction.”

In addition to Contreras, the Season 2 key art — which warns, “Where there’s a will, there’s a war.” — features Elizabeth Gillies as Fallon Carrington, Nicollette Sheridan as Alexis Carrington and Grant Show as Blake Carrington.

Dynasty returns Friday, Oct. 12, at 8/7c on The CW. Check out the Season 2 poster below, then hit the comments with your thoughts. 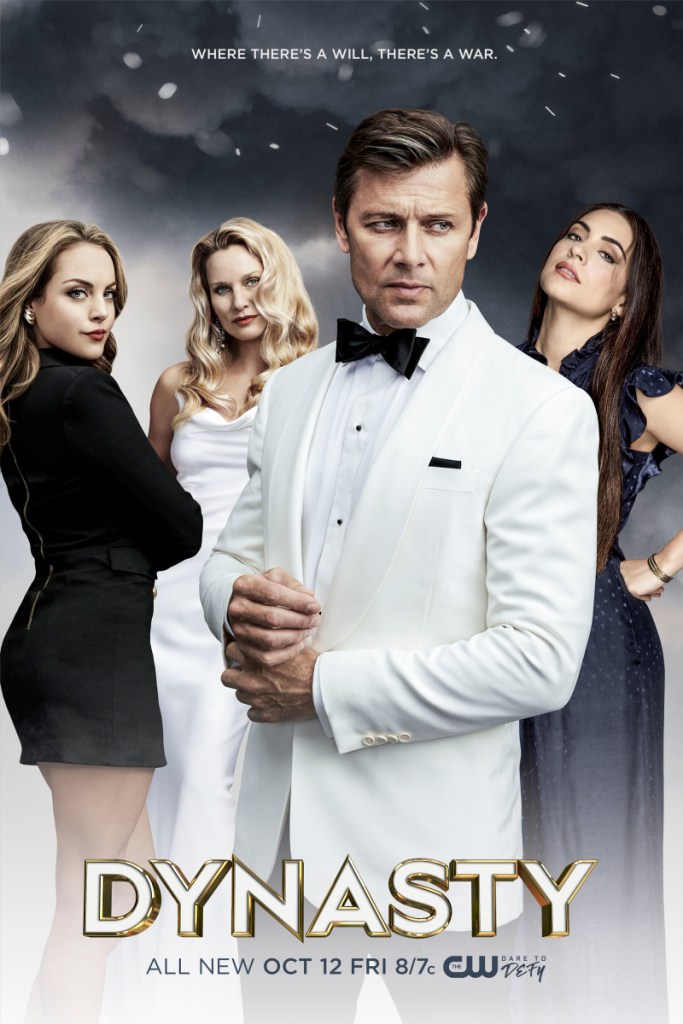