Question: Gimme a Good Place Season 3 scoop, STAT! — Nicole
Ausiello: I can exclusively report that the one-hour premiere on Sept. 27 (a) includes jokes at the expense of the Kardashians, The Bachelor and Richard Marx, (b) introduces a fresh love interest for one of the four humans, and (c) is utterly delightful.

Question: On Power, I still don’t understand why Tariq picked up Kanan’s ashes. Does he have some master plan? —Rhonda
Ausiello: Think more with your heart, less with your head, and you’ll get a sense of where Tariq is when he collects his father-figure’s remains, says EP Gary Lennon. “I think he felt compelled to get it because Kanan really didn’t have anybody else, and Tariq felt like they had each other’s back. He wanted to be close to him in some way,” Lennon says, adding, “We’re going to really pay that relationship off, and the death of Kanan, and how it weighs on Tariq in Season 6.” 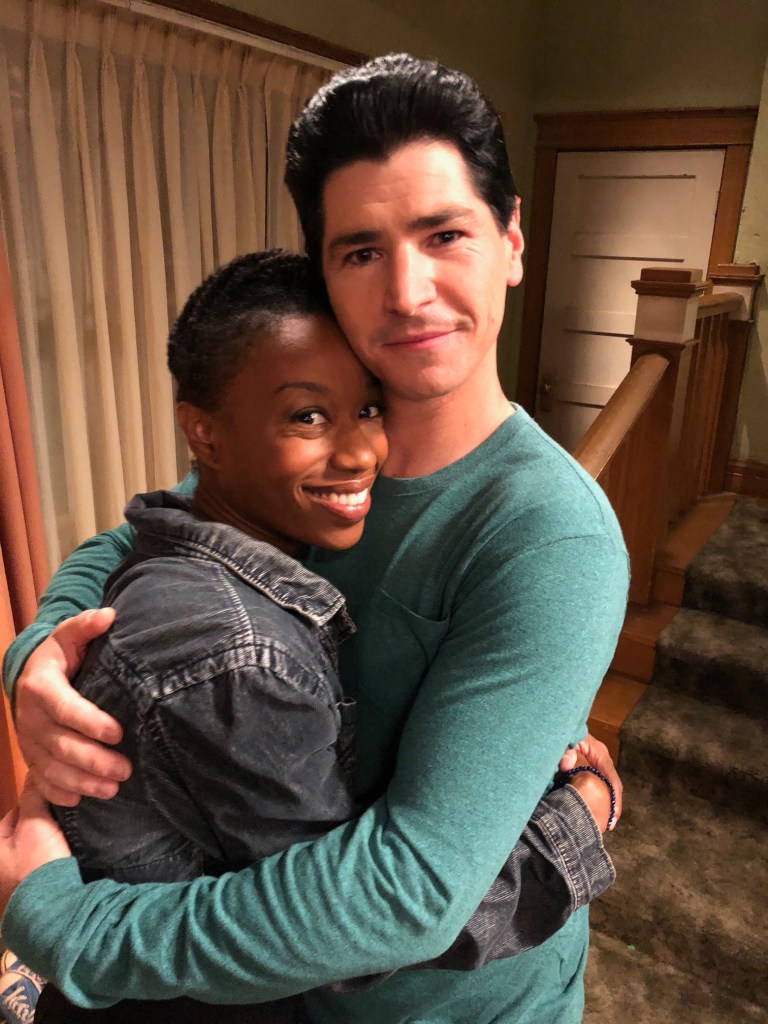 Question: OK, why did The Conners‘ really recast DJ’s wife? —Gina
Ausiello: There’s nothing scandalous afoot. I’m told it was simply a creative decision made by the producers.

Question: Is there anything you can share about Season 2 of The Good Doctor? —Bernadette
Ausiello: Might Dr. Melendez be moving on from Jessica with Dr. Lim? Newly promoted series regular Christina Chang recently told TVLine that we’ll be exploring Dr. Lim’s life outside of the hospital in Season 2, as well as “how she operates in her… romantic relationship world,” adding, “it’s just nice to see her in her civvies.”

Question: Any updates on Designated Survivor? –Brendan
Ausiello: With production on the Netflix-saved Season 3 set to start up in mid-October, casting is underway for some new roles: a campaign manager who appreciates the pitfalls as well as the historical value in stumping for an Independent incumbent, and the new Chief of Staff she will butt heads with; a gay, black male who runs the West Wing’s digital team; and a quirky geneticist who factors into Hannah’s new mystery to solve.

Question: How many episodes will each of The CW’s DC TV shows have this year? —Derrick
Ausiello: Funny you should ask.

Question: Any early scoop on the new Season of Blindspot? —Barbara
Ausiello: If you’re clinging to hope that Reade and Zapata will rekindle their romance in Season 4, it may be time to let go. “[Zapata has] basically cut off contact with the team entirely,” series creator Martin Gero says of the former CIA agent. “Reade keeps trying to reach out and make contact with her… She’s betrayed the team and, obviously, Reade’s confidence.” Gero won’t take the idea of a relationship completely off the table, but he will confirm that “it’s not promising” for Reade and Zapata, “not right away.”

Question: Could we get some scoop on HTGAWM Season 5? —Nicole
Ausiello: Season 5 will be a complicated one for Michaela, who will have some professional victories but personal failures when the ABC drama returns. “Michaela is obviously a Type A personality, good student, very competitive, so we’ll see her come to an early lead” in the third-year legal clinic that Annalise spearheads, according to showrunner Pete Nowalk. But Michaela will also have to reckon with some morally gray choices she made last season, particularly the decision to have Simon deported. “Certain characters are going to be really angry at her. They think what she did was pretty horrible,” Nowalk shares. “But I get Michaela’s point of view which is, ‘I was saving us all.’ She’s going to have to deal with that… [and] Annalise can see that Michaela might be going down a dangerous path.”

Question: I loved the first season of Dynasty, but I wish there were more homages to the original series. Any hope for some in Season 2? –Kate
Ausiello: Consider this an early birthday present, Kate: “We have fights, we have car crashes — and maybe even an accident on horseback,” executive producer Sallie Patrick says of Season 2, alluding to an iconic moment from the original Dynasty. “We’ll be doing our own version of certain events, but this year I think we’re really coming into our own.”

Question: Any more Grey’s Anatomy intel come out? —Glynn
Ausiello: More of a promise, really, courtesy of showrunner Krista Vernoff: There won’t be a bad guy in Season 15’s Teddy/Owen/Amelia triangle. “There are fandoms who want to make someone a villain,” she tells TVLine. “But Owen has tremendous history with and love for both women, and when you have three beloved characters with as complex a history as these three have, there is no villain. That’s the far more interesting story. What does that mean? It’s challenging the writers, and it’s going to challenge the characters [as well as the] fans.” 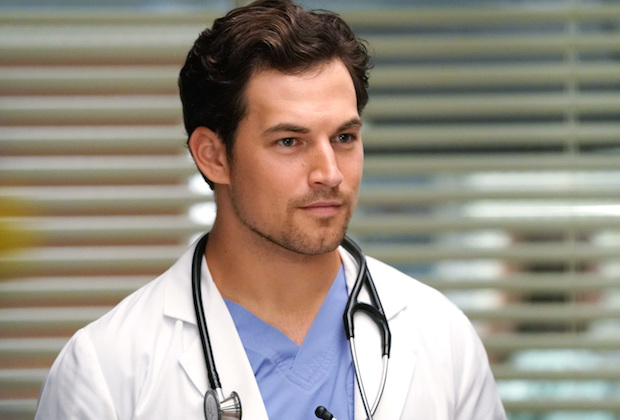 Question: Any scoop on what we can expect from Season 2 of Station 19? —Theresa
Ausiello: You can expect… crossovers from a variety of Grey’s Anatomy docs, including Maggie (played by Kelly McCreary), DeLuca (Giacomo Gianniotti) and of course Ben’s wife Bailey (Chandra Wilson). After all, due to the firehouse’s close proximity to Grey Sloan Memorial, “Our characters will bleed into Grey’s Anatomy on any given episode,” says Station 19 star Jason George. “And the Grey’s Anatomy characters will bleed into our show on any given episode.”

Question: My favourite show on TV right now is The Bold Type. Any scoop? —Kristal
Ausiello: Curious about Sutton’s beau and where he came from? You’re in luck! According to star Meghann Fahy, “I think we’re going to see a little bit more of the backstories to some of the other characters, including Richard and his family and his background.”

Question: Any SEAL Team scoop? I’m curious as to what Ray’s position is within the team in Season 2 after Jason told him to leave the team to get his shoulder fixed in the finale. —Beth
Ausiello: “When Season 2 begins, Jason and Ray are still struggling to re-establish trust and restore the close friendship they once shared,” new showrunner John Glenn tells TVLine. “Their fractured connection sends ripples through Bravo team and challenges how the brotherhood operates — on and off the battlefield.” 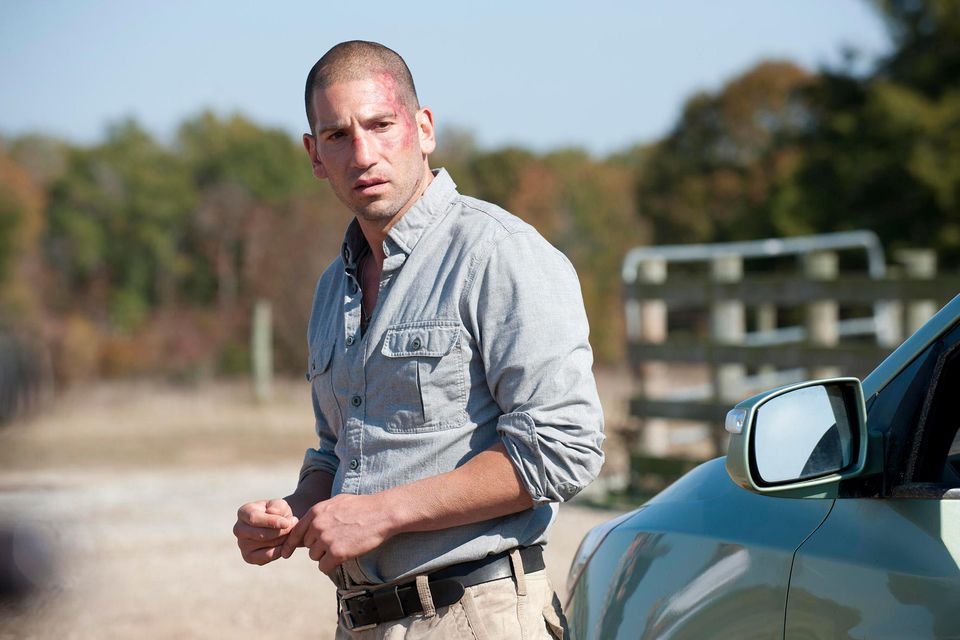 Question: Any hints about Shane’s return on The Walking Dead? Vision? Ghost? Flashback? —Greg
Ausiello: We tried to get something out of Scott Gimple, chief content officer for all things Dead, but he was still bummed that Jon Bernthal’s “surprise” guest appearance had been spoiled when “photographs came out like a moment after he landed in Georgia.” So all he’d say was that Shane’s appearance involves “some very cool, very heavy stuff.”

Question: Hetty wasn’t mentioned in your NCIS: Los Angeles Fall Preview, and I know Linda Hunt was in a car accident this summer. Will she be back for the premiere? — Susan
Ausiello: Hunt indeed will be a part of the Sunday, Sept. 30 opener, now that Hunt has recuperated from her injuries. “Linda was chomping at the bit to get back, so she’ll be back,” reports showrunner Scott Gemmill. And after playing with the production schedule to use her in the premiere, “we are rocking and rolling again.”

This AAnd That…
♦ TUBE TALK: TVLine’s new six-episode interview series launched today with actress-comedienne Kristen Schaal as my inaugural guest. Please check it out and let me know what you think but only if you really like it!
♦ BLIND ITEMS: In case you missed it, I solved a whole mess of ’em last week.
♦ THE BIG BANG THEORY: In Monday’s final-season premiere, Penny references one of The CW’s most polarizing love triangles in history.