Question: Anything on Grey’s Anatomy Season 15? — Mary
Ausiello: Remember how mopey DeLuca was at the end of Season 14? OK, now forget that. “He does bounce back,” showrunner Krista Vernoff recently told TVLine. “Meredith’s [season-finale] pep talk helped, and in the premiere, there’s a situation where his brain sort of gets flooded with adrenaline, and that jerks him out of the last of that depression. So he comes into Season 15 with a new energy that’s sexy and funny.” And, if you’ve seen the first Season 15 trailer — which finds him hitting the sheets with Grey! — you can probably guess just how irresistible that sexy, funny energy is. (Speaking of Mer/DeLuca’s sex romp, I have it on good authority that he is not The One that showrunner Krista Vernoff referred to here.) 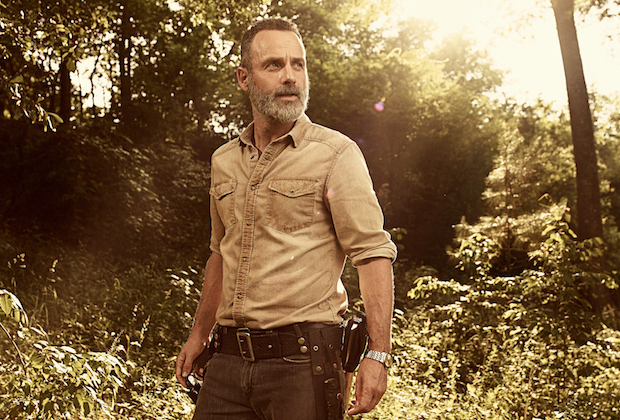 Question: Is Maggie going to get revenge on Rick on The Walking Dead? Negan had to die! — Cane
Ausiello: When TVLine recently posed more or less the same question to Scott Gimple, chief content officer for all things Dead, he replied that, when Season 9 of the AMC drama kicks off on Sunday, Oct. 7, Glenn’s widow won’t have decided to forgive or forget. “She said [in the Season 8 finale] that she was going to just wait for the moment to make it right. That’s still in her. It isn’t necessarily the driving force when we meet her, but it’s still in her.” In fact, in some ways, Maggie’s hunger for retribution might be even greater than it was before the series’ 18-month time jump. In that time, “she’s become a mother,” Gimple noted, “so from an emotional standpoint, as far as any sort of reset or even exacerbation of what she was feeling, that baby is a big part of it.”

Question: So how exactly does House of Cards kill off Kevin Spacey’s Frank? —Christine
Ausiello: I hear the show is going to take its sweet time answering that provocative question.

Question: On Power, I just don’t trust LaKeisha to stand by Tommy. Will she? —Kelly
Ausiello: We had similar concerns, so we brought them right to showrunner Courtney Kemp. “Well, he did tell her right before he left the apartment that he was off to do something to Ghost. Hmm. I wonder how that’s going to turn out,” she says, laughing as she adds that next season, “The Tommy-LaKeisha relationship is going to get very interesting.”

Question: Where is The Flash‘s Nora going to live? –Aureola
Ausiello: “She kind of hops around. It’s fun,” showrunner Todd Helbing answers. “There are reasons why she stays where she stays that we sort of explore.” 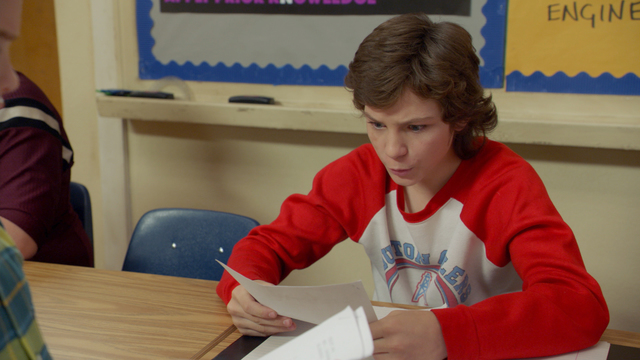 Question: When I first heard about the Young Sheldon spinoff, I thought it was a terrible idea. Still, I gave it a chance and it slowly but surely won me over. Now, I can’t wait for Season 2. Any scoop on what to expect when it returns? —Karen
Ausiello: Showrunner Steven Molaro is getting ready to plant another Big Bang Easter egg. “We learned on The Big Bang Theory at the end of last season that [Jerry O’Connell’s] Georgie [is] a tire expert and has a chain of shops,” the EP explains. “So we’re circling around [the idea] of [Montana Jordan]’s Georgie [on Young Sheldon] getting a part-time job at an auto shop and discovering his affinity for tires.”

Question: More Riverdale scoop, please! — Keri
Ausiello: Veronica Lodge, gambling mogul? Before the writers settled on Veronica opening a speakeasy in the basement of Pop’s, “originally it was going to be a casino,” showrunner Roberto Aguirre-Sacasa reveals. “Then we realized that, legally, no 16-year-old can run a casino.” (Well, yeah.) So they settled on a speakeasy-slash-music venue that will open the door for more Josie-centric stories in Season 3: “It’s a cabaret performance space, which allows us to feature Josie and tell the noir elements of a showbiz story.”

Question: Can NCIS fans hope to hear more of Gibbs’ rules? In these last few seasons, they seem to have faded away. —Jenny
Ausiello: “That’s always a possibility,” said EP Steven Binder, when Matt Mitovich hand-delivered your question. “We have two new writers on staff and usually our new writers are the ones who like to create a new rule, so I wouldn’t be surprised.” As he explained, “The rules create themselves, to fit a need in the story.” 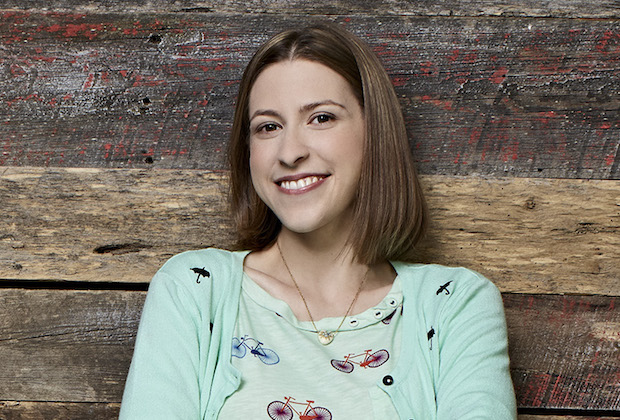 Question: Any additional details about ABC’s Sue Heck-centered Middle spinoff? —Martha
Ausiello: Rumor has it that Eden Sher’s titular character will be spending a lot of time in a high-end Windy City hotel.

Question: Anything on Supernatural? —April
Ausiello: Kim Rhodes’ Jody Mills will return in the wake of “a mysterious death, when it turns out that she and Sam and Dean are looking for the same person,” co-showrunner Andrew Dabb previews. “That involves her in a case that has pretty big repercussions, Wayward-wise, going forward.” As for the rest of the Wayward Sisters ensemble, “We’re also going to see Donna later this season,” Dabb says. “And our hope is, toward the back half of the season, to see everyone together in a plotline that we think dovetails very nicely with our Supernatural storyline for the season. We’re not, like, taking a detour into Wayward world. [We’re] taking some of those characters who we love so much, and some of the ideas, and folding them into Sam and Dean’s story.”

This AAnd That…
♦ THE SINNER: Similar to Season 1’s penultimate episode, Season 2’s second-to-last outing (airing Wednesday) answers pretty much everything. And just when you think things are beginning to wind down, another huge twist drops.
♦ SUPERSTORE: Mateo’s on-again/off-again boyfriend Jeff, who was recently hired by corporate, will find a “very creative way” to work around Cloud 9’s widely accepted age discrimination policy and “bring Myrtle back into the store,” series creator Justin Spitzer tells TVLine.
♦ THE CONNERS: Sitcom director extraordinaire Andy Ackerman (Seinfeld, Cheers, The New Adventures of Old Christine) will helm the Roseanne spinoff’s series premiere.
♦ DYNASTY: Steven and Sammy Jo’s marriage could face its first obstacle in the form of Manuel, a sexy tattoo artist who enters the scene after recently breaking up with his boyfriend. Despite having a hidden dark side, Manuel cares very much about babies. (Say, isn’t one of the Carringtons in need of a nanny?)