When the credits rolled on Power‘s penultimate Season 5 episode Sunday, Tommy was sobbing in his mother’s arms after killing his father and Angela was on the verge of a major indictment. Many dramas would use those moments as a way to wrap a strong season, but executive producer Gary Lennon tells TVLine that cliffhanger in Episode 9 — which he wrote and directed — is merely prologue to a gigantic finale that he promises will satisfy some season-long questions.

Among them: “What will Angela do to get out of this, and how will the event that Tommy had to do, AKA killing his father, play out in the next episode?” Lennon says. “How will it change him as a man, as a friend, as a family member of the St. Patricks? All that does play out in [Episode 10]. We answer that question.”

This Sunday’s extended episode (8/7c, Starz — adjust your DVR accordingly!) is so full of major developments and plot twists, we asked the EP for a little road map to help us navigate. Read on for his sage counsel regarding all things Ghost & Co. 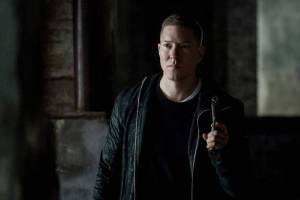 KEEP YOUR EYE ON TOMMY | We’ve seen Tommy in a very low place before — R.I.P., Holly — but in the finale, Egan comes to feel like “his friendship with Ghost is broken and damaged forever,” Lennon previews. (If you’re guessing that Ghost’s involvement in the twisted series of events that led to Tommy offing his pop just may come to light, we’d say you’re a seasoned viewer of the show.) If Tommy finds out that his friend was the one to tell Vincent to tell Tommy to kill Teresi, “that is just unforgivable,” Lennon says. “So what is Tommy going to do in order to exact revenge or vengeance? And we play that out.” 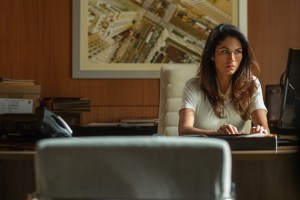 BUT DON’T LET ANGELA OUT OF YOUR SIGHT, EITHER | Of all the major players, however, the EP says that Assistant U.S. Attorney Angela Valdes is the character to watch in the finale. “Angela is really conflicted. She really is our white hat, originally, and that white has obviously been tarnished and turned gray by some of her actions. So there’s really moral ambiguity in her,” Lennon notes. But will that moral ambiguity play out in the AUSA flipping on her on-again/off-again drug lord of a boyfriend? “At the end of the day, Angela is not unlike Ghost in that they’re going to do what’s best in order to serve themselves or protect what they love, and Angela has proven that,” the EP says cagily. “I think she’s very dangerous.”

LOVE COULD WIN IN THE END | That said, Jamie and his high school love do still have strong feelings for each other, and Lennon says that might be enough to ensure a happy ending for them. “There’s always something in your DNA for someone that you’ve once been with, and because Angela was the person who really, truly believed in Ghost’s dream of being legit, when he sees her, he sees his better self,” the EP says. “So I believe that there is the potential of them truly being together and making a go of it.”

YOU DON’T KNOW WHAT YOU DON’T KNOW | Of all the question marks hanging over the season — Maria Suarez, Terry Silver, the hard drive to Bailey Markham’s laptop — Lennon says the latter is the biggest danger to… well, pretty much everyone. “Ultimately,” he notes, “that laptop will come to haunt them all.” 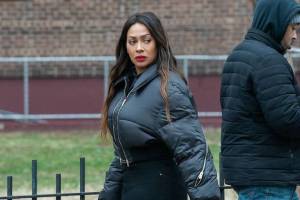 LAKEISHA: A LOW-KEY THREAT? | “Any woman who’s gone out with a guy who actually is a bad boy has a couple of things,” Lennon says. “‘Where’s the line I’ll draw that this’ll affect me?’ And that’s something that we’re going to tease out and dramatize over the course of next season.”