Warning: This post contains major spoilers for this week’s Power. Need to catch up? Check out the previous Power recap here.

Well, you know what they say: Get rich or die tryin’.

This week’s Power sees the death of 50 Cent’s Kanan — and unlike the fire from a couple seasons back, this one looks like it’s going to stick. Ghost’s nemesis-turned-ally-but-not-really meets his end following a shootout with police.

In the episode, “A Friend of the Family,” Ghost and Tommy hatch a plan to frame Dre for the murder of Raina’s killer — but unbeknownst to them, Tasha and Angela are busy devising a plan of their own. Tasha convinces Tariq to plant the murder weapon in the trunk of Kanan’s car. Then, when Kanan and ‘Riq are out on business, Tasha phones the authorities and says her son’s been taken against his will. 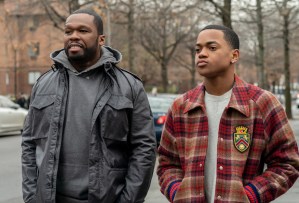 The cops pull Kanan over, then backup arrives and finds the aforementioned weapon. When one of the officers goes to cuff Kanan, the baddie gets ahold of the officer’s gun and shoots him in the head. A deadly battle ensues, and Kanan issues fatal blows to all three remaining officers. The last of ’em manages to wound Kanan in the abdomen, who then attempts to flee the scene, but ultimately passes out at the wheel after coughing up blood.

At the end of the hour, Ghost and Tommy head down to the morgue to identify Kanan’s body. There, Ghost tries to explain that Tasha was the mastermind behind Kanan’s downfall, but Tommy doesn’t know what to believe. A part of him suspects that Ghost had every intention of getting Kanan killed that night.

This season found Kanan all kinds of wrapped up in the St. Patricks’ family life. He joined Ghost’s mission to get revenge for Raina’s murder, and turned the situation into an opportunity to try to unseat Tommy’s position as Jason’s connect. The baddie also continued to shepherd Tariq into a life of crime, encouraging him to start a pill-selling operation at his tony boarding school.

“Kanan thought Tariq was like him, and he was,” 50 Cent said on Instagram. “But he [is] still his father’s son so he did some sucker s–t.” Read his full post below: 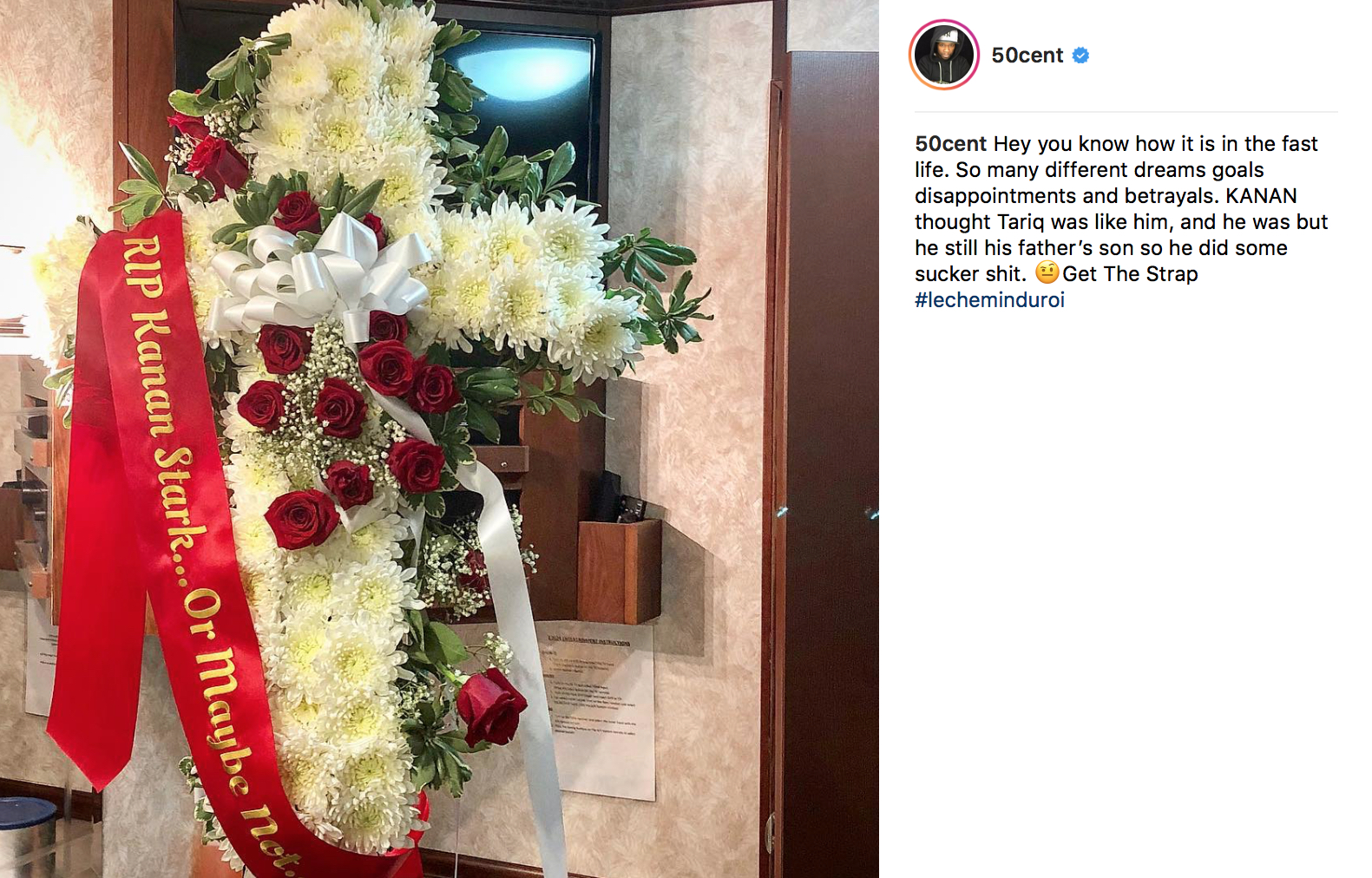 While we’re all still reeling from the hour’s insane revelation, log your reaction to Kanan’s death in the comments!