Esai Morales is coming to NCIS: Los Angeles‘ aid: The NYPD Blue vet will recur during Season 10 of the CBS procedural as Deputy Director Gaines, our sister site Deadline reports.

Gaines — who will be introduced in a late October episode — is there to protect the team while a special prosecutor from the Department of Defense investigates the NCIS office and its employees.

“Following the rescue mission in Mexico from last season’s finale and this season’s premiere, our NCIS: Los Angeles team will face challenging repercussions, but they will have a new ally in the Deputy Director,” executive producer R. Scott Gemmill tells Deadline.

Morales’ many TV credits include How to Get Away With Murder, Chicago P.D., Ozark, From Dusk Till Dawn: The Series and Caprica. The actor also recurred on Criminal Minds, where he played a similar “suit” role in Section Chief Mateo Cruz. 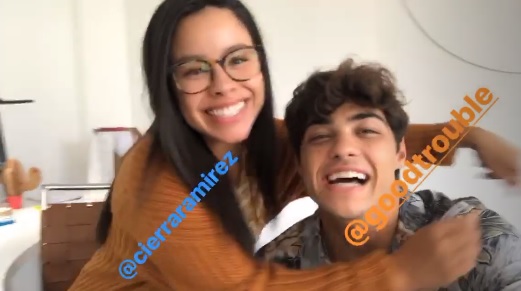 * NBA icon Kareem Abdul-Jabbar will guest-star in a Season 5 episode of iZombie as the zombie Zed, one of the only two city council members who didn’t flee the city before the wall went up, TVLine has learned. Since Zed’s counterpart is a human, the wheels of government have ground to a halt, leaving Peyton to effectively run the city. Star Rose McIver revealed the casting with an Instagram photo: