Yes, The Good Doctor ended its first season in very decent health, but we believe the ABC drama’s vitals could be improved in Season 2 — provided it adheres to the following course of treatment.

As you’ll recall, the Season 1 finale ended as Drs. Shaun Murphy and Aaron Glassman walked into Andrews’ office to confront him about Shaun’s surgical blunder. Meanwhile, Glassman learned that his brain cancer wasn’t in fact a death sentence, and Jared (former series regular Chuku Modu) had been accepted into a residency program in Denver.

When the hit ABC medical drama returns, the cast will look slightly different. As previously reported, Fiona Gubelmann (Dr. Morgan Reznick), Will Yun Lee (Dr. Alex Park) and Christina Chang (Dr. Audrey Lim) have all been made full-fledged series regulars. Additionally, Paige Spara, who appeared in the first half of Season 1 as Shaun’s neighbor and love interest Lea, has also been bumped up to series regular. 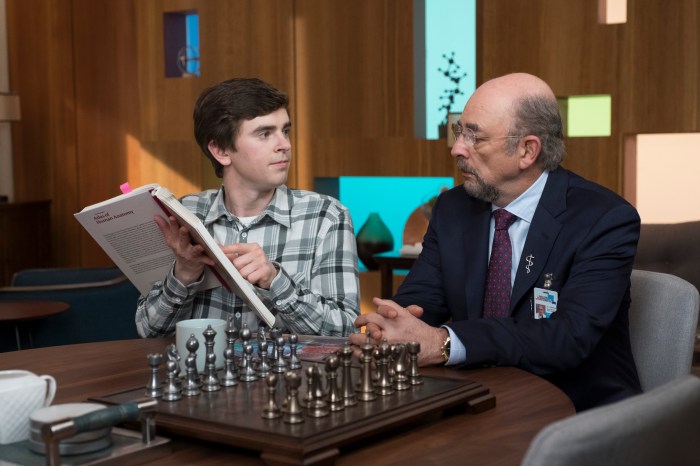 Shaun and Lea’s romance shelved? A prolonged road to remission for Glassman? More screen time for the controversial Reznick? Check out our ideas in the attached gallery, then share your Season 2 wish lists in the comments!