THE PERFORMANCE | Honestly, it’s criminal that TVLine has never before lauded Ellen Barkin for her work on Animal Kingdom. Maybe it’s because week in, week out, she’s so solid that one performance is as impressive as the last. Maybe it’s because Smurf is so in control that her portrayer doesn’t get to tackle the kinds of showy outbursts and breakdowns that are catnip to this column. Whatever the reason she’s been overlooked, we’re giving her her (past) due now.

In Season 3’s penultimate episode, Barkin gave us the Cody matriarch on steroids, playing her with a smirk so satisfied that it made us feel corrupt just seeing it. As the queenpin not only bought back her boys’ faith in her but, adopting a well-practiced expression of motherly concern, laid the groundwork to paint oldest son Pope as, once again, crazy, the master manipulator made a mockery of sincerity, reducing it to just another weapon in her arsenal.

As usual, Smurf saved her vilest mind games for Pope (Shawn Hatosy, who we’d also be singling out, had he not been recognized recently). While Mommie Dearest delighted in casting herself as the heroine who was giving him back surrogate daughter Lena, Barkin savored lines like “I just want us to be a family again” that came off more like threats than entreaties. And when Smurf turned on a dime, promising to forget the kid had ever existed so long as Pope kept her secret, we’d have sworn we weren’t watching an actress act but a killer strike. 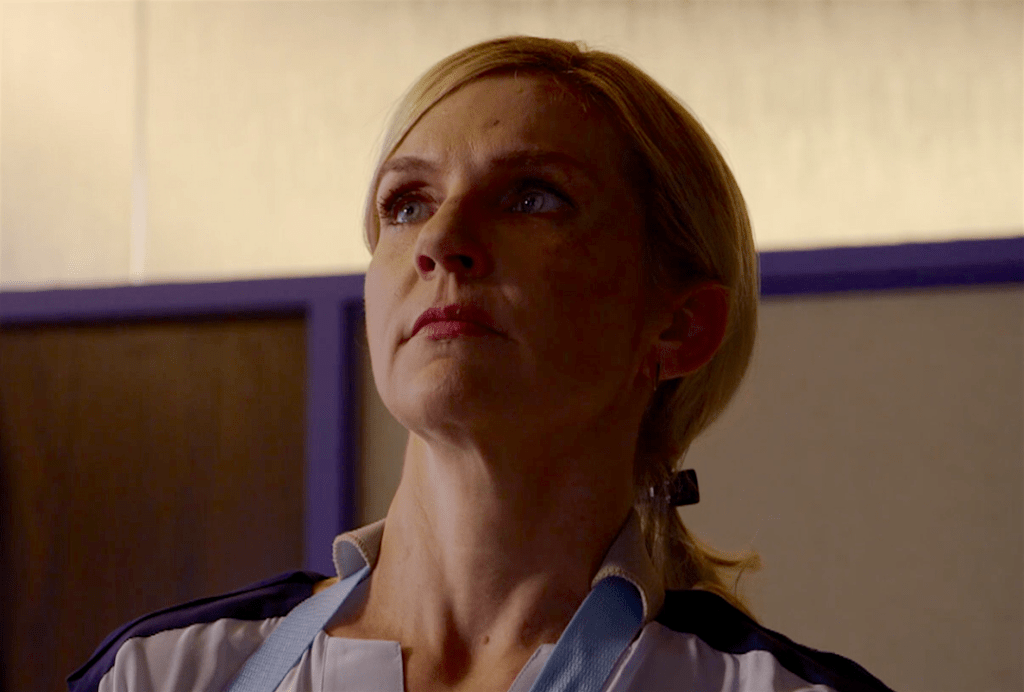 HONORABLE MENTION | Better Call Saul‘s Kim Wexler is one of the most quietly competent characters on TV… but don’t cross her. In one explosive scene this week, Rhea Seehorn showed us how fierce Kim can be when defending the man she loves, lashing out at Howard for trying to lay Chuck’s suicide at Jimmy’s feet. Seehorn’s intensity in the scene was almost frightening, her voice quaking with rage and veins pulsing in her neck as Kim unloaded on Howard for kicking Jimmy while he’s down. (Knowing that the normally composed Kim rarely gets this angry made it all the more powerful.) We already knew we wanted Kim representing us in court… but after Seehorn’s fiery display this week, we wouldn’t mind her defending us outside the courtroom, too. 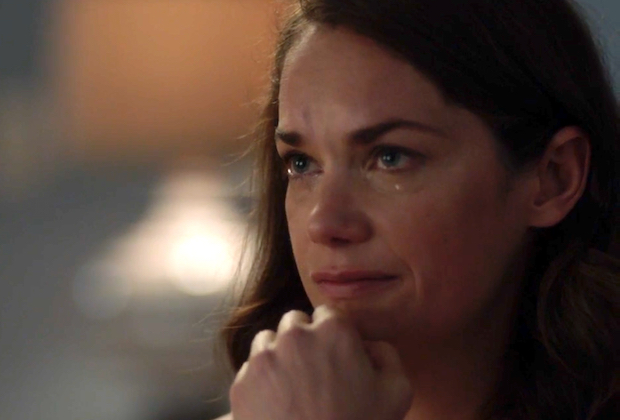 HONORABLE MENTION | We can debate whether Alison Bailey deserved a less tragic fate. What we can’t do is deny the exquisite work done by Ruth Wilson in last Sunday’s episode of The Affair. Her understated performance managed to capture the ill-fated character’s longing to finally be at peace, and her stubborn acceptance of the idea that peace wasn’t achievable in this life. We were particularly mesmerized by the fragility in her voice as she divulged to Ben (a superb Ramon Rodriguez) her subconscious’ never-ending reckoning with the death of her son. Our hearts ached as Wilson wiped away her character’s tears, the eternal devastation in Alison’s eyes palpable. Alison may be gone, but thanks to Wilson’s stunningly subtle performance, she will not soon be forgotten.