Warning: The following contains spoilers for Tuesday’s (trust me on this) wholly unpredictable Animal Kingdom.

After last week’s Animal Kingdom confirmed for Pope that it had been Smurf who’d had Baz rubbed out, it probably didn’t come as any surprise to viewers that in Tuesday’s episode, Andrew was plotting matricide. But what probably did knock you off your couch — it did me, anyway! — was the fact that Janine ended “Homecoming” with a pulse, and someone else entirely was given, in essence, a burial at sea. Who took a swim from which they’d never return? Read on… 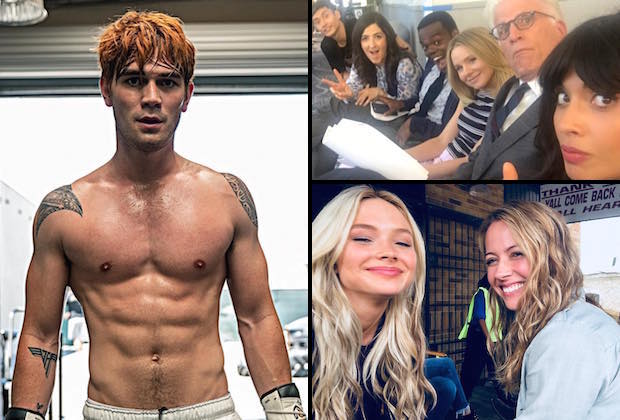 ‘YOU’RE GIVING YOUR MOTHER A BEAUTIFUL GIFT’ | Picking up three days after the events of “Jackpot,” the hour opened with Pope obtaining the tools necessary to painlessly euthanize Smurf, and Smurf — no doubt sensing that every article of clothing she owned now had a target on it — making extra nice with Craig and J. And we’re not just talking about cooking them breakfast, either — although she did that, too. While “casually” wondering aloud about Pope’s state of mind, she paid Craig and his nephew each 10k to tide them over until she could fence the rest of her recovered loot. Why, J wondered, was he getting a share? Because he’s Baz’s son, his grandmother explained. So Baz’s cut was now his. Smurf was also concerned about some property in Carlsbad that had been sold. Was that J’s doing? Um, he didn’t know, he said, using his baby face to play as dumb as he possibly could. He’d signed some papers for Morgan a while back that he’d assumed were from Smurf. Weren’t they? Mm-hmm. 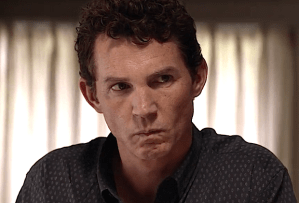 ‘LENA’S COMING HOME TODAY’ | When not contemplating his mother’s murder, Pope discovered that Lena’s room at Baz’s had been more or less cleared out. WTF? he asked after making a beeline for Cody HQ. Smurf had pulled some strings, she said, and so Baz and Catherine’s daughter was being returned that very afternoon — and not a moment too soon. “That foster family was looking to adopt.” Of course, given Pope’s record, Smurf had had to sign an affidavit stating that she’d be the primary guardian; he couldn’t even be left alone in a room with the little girl. But if he moved back in, he could be with her every day. “I just want us to be a family again,” said Smurf, sending a chill down Pope’s spine. Clearly, his plan to avenge Baz’s murder would have to be rethought. But also clearly, not rethought too much. Deran sympathized with Pope’s — really, with all of their — plight where their mother was concerned. “But what are we gonna do,” he cracked, “kill her?” Cut to the look on Pope’s face saying, “Now there’s an idea!” 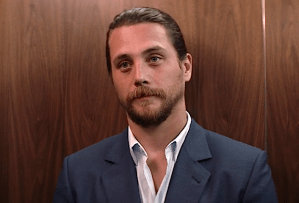 ‘YOU MEASURE ME WHEN I WAS ASLEEP?’ | Meanwhile, Frankie surprised Craig at the beach by bringing him a suit and taking him to an ultra-swanky party at the ultra-posh home of an ultra-rich d-bag named Colin. And that was just the first of the surprises that she had in store for Craig. She also put on an Olivia Newton-John accent straight out of Xanadu, let Colin greet her as Ana, and introduced Craig as Danny. And while her date was fine — bemused but fine — with being at a bash where the crab cakes were so good, they could “blow your d— off,” he wasn’t too keen on what he thought was her idea: using her cover as some kind of interior decorator to gain access to the mansion while Colin was away, and steal his hard-to-fence fine-art collection. Only that wasn’t her plot at all, she revealed after escorting Craig down to the wine cellar. The booze was worth $400k, and to swipe it, they wouldn’t need to pull a gun or anything. “You just need someone,” she said, “who trusts you to open the door.” 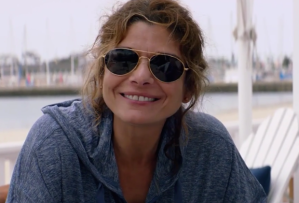 ‘I’M GLAD MY MONEY AFFORDS YOU SO MUCH TIME FOR FITNESS’ | When Morgan returned home from a run, she was surprised to find that Smurf had let herself in — and was enjoying a top-of-the-morning glass of vino. (Shades of Cougar Town!) Cutting right to the chase, Janine accused her attorney of selling her Carlsbad property to a holding company. Rather than let her dangerous client speculate for too long about what else she might have been skimming, Morgan quickly informed Smurf that J had come to her last week about setting up holding companies. Coincidence? Morgan thought not. Unfortunately for her, J spotted his grandma leaving the lawyer’s house and next picked up the keys to what we’d later infer was a getaway car. (Damn — and just when I was thinking how awesome it was to be seeing Laura San Giacomo on the regular!) 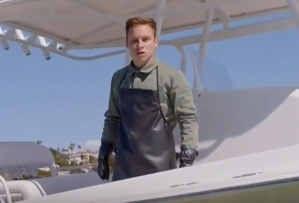 ‘GET IN, OR I’LL RUN YOU OVER!’ | After it was revealed that a nervous Adrian was making big bucks by smuggling (presumably) drugs out of the country when next he left on his tour, he and Deran checked out some real digs with an ocean view. (Hilariously, as fancy as the place was, what most excited Adrian was the prospect of taking an actual shower after his sleepovers with his boyfriend.) At the same time, Morgan swam so far out to sea that she could’ve been auditioning for the opening scene in Jaws. Shortly, J rolled up in a little boat, forced her in, tied her up, drove 10 miles out and started chumming the waters. Yikes! Was he really going to feed her to sharks?!? In fact, he freaking was! Before untying her and tossing her overboard, he stabbed a huge bloody gash in her leg. OK, so J might actually be even scarier than Pope. At least Pope has the excuse that he’s always a little mentally iffy; J’s got nada — he’s just cold!

‘WE CAN’T LET THAT HAPPEN AGAIN’ | Back at Casa Cody, Smurf was busy playing Pope like she was a concert violinist and he was a Stradivarius. As he noticed, horrified, that his mother had bought Lena an all-new, all-pink wardrobe — in fact, her whole room looked like a bottle of Pepto-Bismol had exploded — she suggested that he hadn’t been doing as “fine” with her as he’d thought. When he refused his $10k advance, she doubled down on her manipulation, saying that she missed Baz, too, but she’d often wondered whether he was really the protector Pope saw him as. “I think he wanted you weak,” she said. Though Pope shut down her mind game, when after Lena arrived and Smurf suggested she home-school her like she had Pope, he took advantage of his mother’s brief absence to take Lena and run. 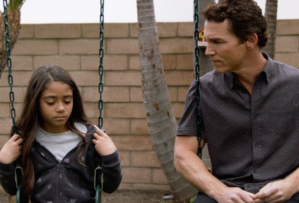 ‘YOU’RE ALWAYS SAD’ | While Smurf delivered to Deran his $10k advance — and planted it in his head that Pope was losing it again — Pope took Lena to Baz’s to pack for their one-way trip. After the little girl admitted that she’d liked her foster family and had been looking forward to being sisters with Bella, Pope reminded her that he was her family. “But I make you sad,” she noted. (Pretty much from here on out, Shawn Hatosy’s performance had to have gutted you like the fish that J used to help murder Morgan.) An hour into Smurf’s welcome-home party for Lena at Casa Cody, the little girl was back at her foster folks’. Pope had taken her there, in order to keep his promise to Baz and Catherine to take care of her. Their goodbye — as well as his recollections of Baz and Catherine’s kindness when he was a troubled kid — were so poignant that, before they parted, Lena took his hand in hers, and he asked, “Can I have a hug?” (Where’s ours, having watched that? We deserve one, too!) 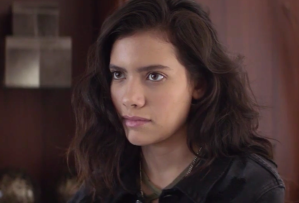 ‘I’LL FORGET SHE EVER EXISTED’ | As the episode drew to a close, J revealed to Mia that he’d bought a swanky new pad (if I’m not mistaken, the one that had been occupied by the Brazilians who’d tried to encroach on the Codys’ turf). He wouldn’t be living there — not yet — but “you can stay here if you like,” he told her. All he wanted was for her to keep an eye on Pete. “I’m not a hooker,” Mia pointed out. In response, J said that he just needed someone outside the family that he could trust. Finally, Pope showed up at Lena’s welcome-home party sans Lena and informed Smurf that her foster family was going to adopt her. “And you are gonna let them,” he added. If she did, he’d keep secret from his brothers and J the fact that she’d had Baz killed. It’s a deal, Smurf said — so long as he agreed to one more condition: He had to move back in.

If you never felt bad for Pope before, good Lord, you had to during this episode, no? What did you think of “Homecoming” overall? Is there any way Morgan coulda survived a 10-mile swim in shark-infested waters while bleeding out?