Who on Hawaii Five-0 is Expendable? What haunts Legends of Tomorrow‘s demonologist? Is an NCIS team losing an agent to zombies? How “engaging” is the Nashville series finale? Read on for answers to those questions plus teases from other shows.

Any word on if Danny will be in the 200th episode of Hawaii Five-0? He misses a few episodes each season, and I hope this isn’t one of them!
—Sarah
As showrunner Peter M. Lenkov shared on Twitter, yes, Scott Caan will be in the milestone episode. Which is a good thing, since….

Any news on Hawaii Five-0‘s Steve/Danny to share with us? –Mary
In Episode 200, McDanno’s restaurant “is going to have a soft open,” Lenkov told me at Comic-Con (where he was promoting CBS’ Magnum P.I. reboot). And that in turn will lead to “a big turning point with regards to their future and the restaurant.” Bonus scoop: Already looking ahead to Five-0’s midseason finale, Lenkov reveals, “We’re doing a big sort of Expendables episode,” in the vein of the action franchise that teams up Stallone, Schwarzenegger et al. “We’re bringing back a lot of people that over the years have helped us.”

Supernatural‘s Dean is supposed to be awake and aware of Michael’s possession. Will we get any internal Dean vs. Michael scenes? –Adder
“We’ll see Dean putting up a fight, but it’s a really hard fight to win,” co-showrunner Andrew Dabb says. “But Dean’s a fighter. He’s going to try to get out even if it doesn’t quite go his way.” As for how that struggle will look, visually, Dabb says, “We have a couple of different approaches to it. Some are very much like he looks into a mirror, and some are going into people’s heads. It’s dependent on the story.”

Any inside info on the Nashville series finale? Please tell me Juliette finally gets her happy ending after all these years. —Shannon
We’ve been sworn to secrecy about the exact outcomes for all of the Nashies, but we can tell you this: The finale includes (in no particular order): sheep… tricked-out headphones… and an engagement ring.

Is Daryl “Chill” Mitchell leaving NCIS: New Orleans for his new gig at Fear the Walking Dead? Or is this just another side project? We love our Triple P! –Hollie
Not to worry, Patton will be around to help track bad guys and solve crimes during NOLA Season 5 (premiering Tuesday, Sept. 25t). Mitchell is able to fit both shows into his schedule.

Do you have any information on Iris’ handwritten vows from last year’s Arrowverse crossover? Will The Flash‘s Nora use that to somehow prove her identity to Barry and Iris? —Kendra
Ah, a fan of my Pinned Tweet from eight months ago. Well, after the Flash team’s visit to out Comic-Con suite, I remembered to ask showrunner Todd Helbing if, in fact, we will see those vows again. Perhaps in Nora’s possession. And his answer was… nope. [Sigh] 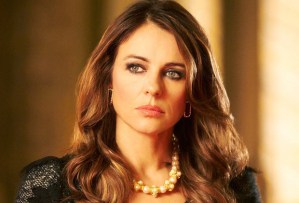 E! Has announced that The Arrangement was cancelled, but what about The Royals? —Elissa
A network rep told the Inside Line on July 26 that there is “no news to share” on status of the sudser, which closed Season 4 in mid-May.

Can Legends of Tomorrow fans look forward to any new romances this season? –Dee
There’s sort of “new” one — in that EP Phil Klemmer told me there is a plan to establish a romance of Constantine’s that presumably took place between the end of his eponymous NBC series and the character’s arrival in the Arrowverse. That relationship, with a man, will have had tragic overtones, and as such still haunts John.

Is there going to be a Season 3 of Freakish on Hulu? —Andy
I am told that Hulu is done with Freakish and now is focusing on other AwesomenessTV titles such as All Night and the upcoming PEN15. 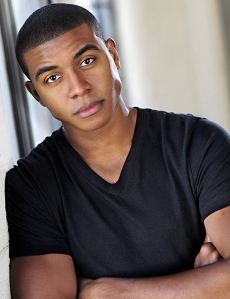 Matt! Congrats on the new job title! Can you use your new superpowers to find anything out on the Timeless front? #RenewTimeless —M
There is zero news on the wrap-up movie front, so I instead shall employ my powers to segue into a related scoop: One of your favorite Timeless guest stars, Joseph Lee Anderson (aka NASCAR driver Wendell Scott), is set to guest-star in the Season 2 premiere of Shawn Ryan’s S.W.A.T. as Tony, a fit and capable Metro cop who is Street’s new partner. But wow, talk about oil and water! Tony believes that the best work he does happens with his gun in his holster, and he has little patience for tales of S.W.A.T. bravery — until he witnesses Street utilize his particular set of skills to pull off a big save.

Anything about Lucifer? –Paola
Well, there of course is our Comic-Con video Q&A with the Devil himself, Tom Ellis; always worth a rewatch. But as for fresh scoop, I’ve learned that the Season 4 premiere on Netflix will introduce a priest who is fervently working a conspiracy theory about Lucifer Morningstar’s true identity AND his truly evil agenda. Bonus scoop: Facebook Watch isn’t confirming anything, but a well-placed source tells me that the aforementioned Mr. Ellis is set to (ahem) “woo” Catherine Zeta-Jones in the upcoming series Queen America, which was created by his fiancée Meaghan Oppenheimer. 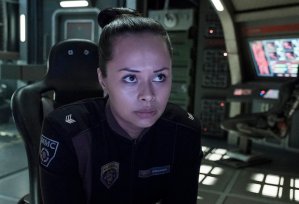 I love your site, and I love The Expanse. When it moves to Amazon, can we expect the new season next year? And any idea if they will release the new episodes all at once, or a week at a time? —Drew
I asked around for you, Drew, and was told that it’s simply “too early to tell” what the Season 4 release timetable/plan is.

This BTS photo from The Good Doctor has me confused. I thought Dr. Kalu (played in Season 1 by Chuku Modu) was gone? –Nan
A series rep tells Inside Line that Modu will return for the Season 2 premiere (airing Monday, Sept. 24), but had no details on future appearances.

Is there any way for you to find out if Castle Rock is going to air in Canada? –Brenda
UPDATE: Since previously non-answering this Q, I have learned that Castle Rock can be seen on Space and CraveTV. You may thank me with poutine. 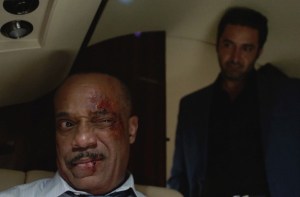 Do you have anything on the kidnapping of NCIS‘ Director Vance? Are we going to pick up where the show left off or will there be a time jump? –Karen
I am hearing that Season 16 will pick up preeeetty much where we left off. I mean, there’s certainly no “Six Months Later and Here Is Vance With a ZZ Top-Like Beard”-type time jump.

Real questions from real human beings get real answers! If you need the Inside Line on a favorite show, email InsideLine@tvline.com! (With reporting by Vlada Gelman, Ryan Schwartz and Kim Roots)