Exactly one week from tonight, Klaus’ last-ditch effort to save his daughter will “change the lives of the Mikaelson family forever.”

At least that’s according to The CW’s official synopsis of The Originals‘ series finale, which still leaves a whole lot of room for speculation. Fortunately, TVLine has an exclusive first look at the show’s final hour, revealing what could very well be the Mikaelson family’s last-ever gathering. Let’s take a closer look, shall we?

As you can see, the gang’s all here: There’s Klaus, still desperate to save Hope’s life, and his daughter, clearly concerned about her uncertain future. 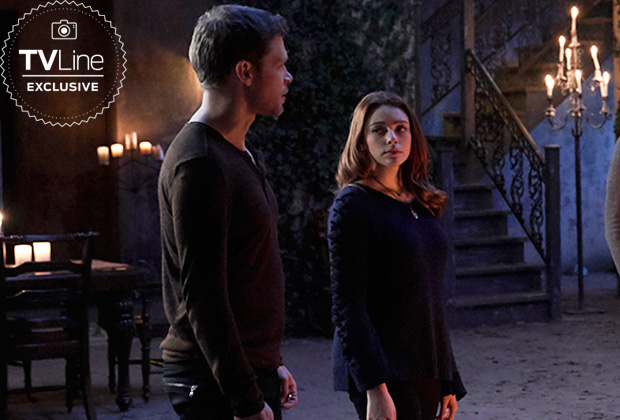 And the rest of ’em: Marcel and Rebekah, who need to stop playing games and just get engaged already; Keelin and Freya, who thankfully did swap vows last week; Kol, who surprised us all by being this season’s best-behaved Mikaelson; and Elijah, who’s still such an emotional wreck, I hardly recognize him. 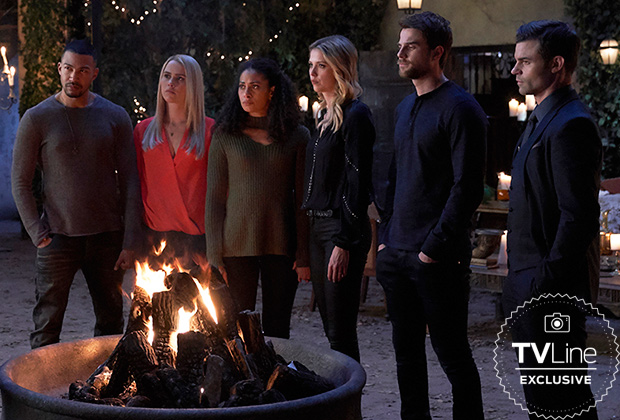 Of course, regardless of what happens in next week’s series finale, we know that Hope’s story will continue on Legacies. Premiering on Thursday, Oct. 25 at 9/8c, the spinoff follows Klaus and Hayley’s daughter’s adventures in Mystic Falls as a student at the Salvatore Boarding School for the Young and Gifted. In addition to Alaric (played by Matt Davis in a series regular capacity), various other Vampire Diaries and Originals characters will make appearances, including Sheriff Matt Donovan (played by Zach Roerig).

Your hopes for The Originals‘ final episode? Drop ’em in a comment below.