THE PERFORMANCE | Liza Miller is a woman of many hats (including the one pictured above!) and she wore ’em all on Tuesday’s Younger, arguably one of the series’ strongest episodes yet. It was a real showcase for Foster, who effortlessly toggled between Liza’s endless personas — concerned mother, vulnerable 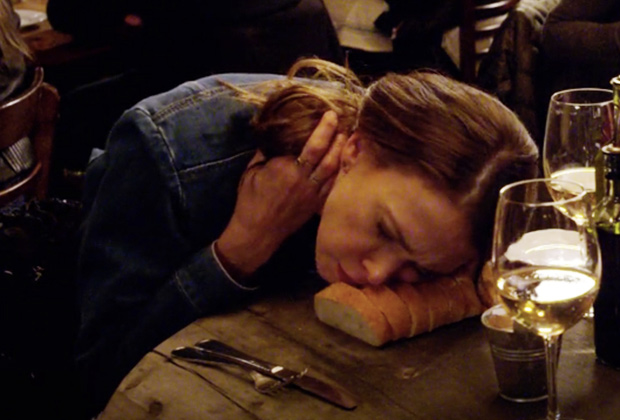 Let’s start with that first persona: In the midst of yet another professional crisis, Liza discovered that her daughter was earning extra money by uploading semi-erotic videos of herself mushing loaves of bread with her face. (Breadfacing is real, people!) Liza eventually sat her down for an actions-have-consequences speech, but the stunted cadence in Foster’s delivery revealed that Liza knew her hypocritical advice would never work.

When her words fell short, Liza resorted to the secret weapon in every mother’s arsenal: public embarrassment. What followed can only be described as one of the finest, most uncomfortable human-on-bread love scenes ever recorded for the small screen. The way Liza seduced that loaf in the middle of a crowded restaurant, you’d think it had its own tattoo studio in Brooklyn. Or that it promised to leave its bread-wife for her, then didn’t. Either way, it was an unexpected and phenomenal use of Foster’s physical comedy chops.

And then there was Liza’s big speech about being “age queer,” her latest on-the-fly response when confronted about her real birth year. Was it offensive? Sure, Liza even said as much. But Foster’s determined delivery — you could tell Liza couldn’t believe she was actually getting away with it — softened the blow considerably. And it speaks again to Foster’s range that this side-splitting scene was followed by an intensely emotional confrontation with the man responsible for messing with her heart and her job. It was easily her most satisfying kiss-off to date… no falling scaffolding required! 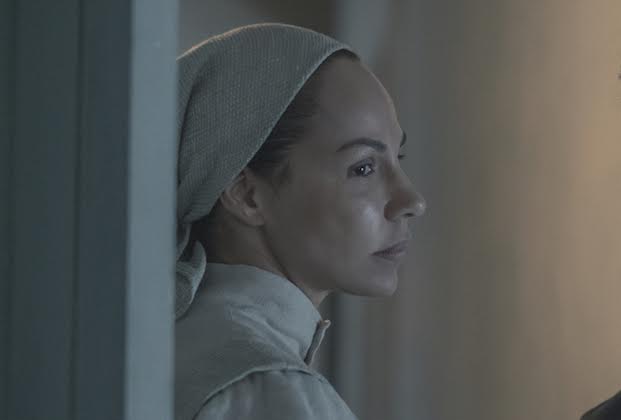 HONORABLE MENTION | Throughout two seasons of The Handmaid’s Tale, Amanda Brugel and her character, Rita, have done solid, meaningful work… that was dwarfed by the bigger dramas of the Waterford household. But Wednesday’s finale put the martha in the center of June’s abrupt escape from Gilead, and Brugel captivated. In just a few scenes, the actress communicated just how far Rita has come in her hatred of the oppressive regime and what she’ll risk to thwart it. The regret on Brugel’s face as Rita realized how unkind she’d been to Eden, the catch in her voice as she kissed June and the baby goodbye, the blank subservience she offered up when Fred questioned her — all of it was note-perfect and made us hope Rita has an even bigger presence in Season 3. 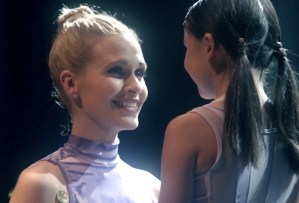 HONORABLE MENTION | Reverie literally puts the “escape” in escapist summertime fare by telling the stories of people who grow so enamored with the dream world they’ve virtually entered, they refuse to leave. This week, former Army Wife Sally Pressman got the spotlight as Holly, an accomplished ballerina who in a tragic accident lost the ability to walk and, we later realize, much more. Her reverie thus offered the irresistible opportunity to dance again, while also raising the child she lost. When Mara arrived to coax Holly to return to reality, where her caretaker sister needed some TLC of her own, Pressman broke our hearts as Holly struggled with the decision, ultimately bidding her virtual daughter goodbye: “I’m glad I got to dance with you.” We were, too.