Bedazzling news: One of Vice Principals‘ hidden jewels will be among Danny McBride‘s Righteous Gemstones.

In Righteous Gemstones, McBride stars as Jesse Gemstone, the eldest son and “heir to the throne” of a world-famous televangelist family 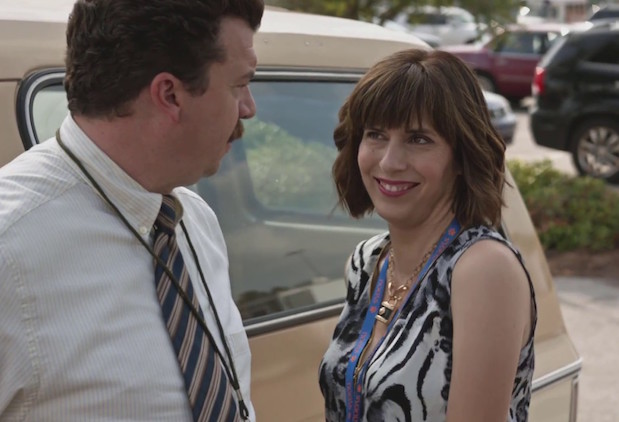 “with a long tradition of deviance, greed, and charitable work, all in the name of the Lord Jesus Christ.” Patterson will play McBride’s onscreen sister Judy Gemstone, who resents her family for not giving her the same opportunities within the church as her siblings. Judy only wants an opportunity to stand on the stage with the rest of them on Sunday mornings.

As previously reported, Roseanne‘s John Goodman co-stars as the family’s patriarch Eli, who is “known the world over for his aggressive salvation techniques, his worldwide ministries, and his award-winning weekly television program.” Jesse “fancies himself a maverick in the ministry game, taking what Eli has built and expanding it for a more modern audience.”

The pilot will be written and directed by McBride, who’ll also serve as an executive producer along with his Eastbound & Down and Vice Principals collaborators Jody Hill and David Gordon Green.

In an interview with TVLine conducted shortly after Vice Principals’ series finale last fall, McBride raved about his experience working with Patterson. “The very first time I walked on set with Edi, I felt that same thing I felt when I acted with Steve Little in Eastbound & Down,” he shared with us. “[She] was just a kindred spirit… somebody who had a crazy f—-d-up sense of humor who is not afraid of anything and willing to kind of go far. She is just a force. I’ve been to a bunch of her improv shows and I’m just her biggest fan.”

Patterson’s TV credits also include recurring stints on The Last O.G. and Black-ish.