Question: Any scoop on Arrow? —Sara
Ausiello: Not a week after this season’s finale, we already have some buzz on Season 7 — namely, that while Oliver’s in Supermax, Team Arrow will have to contend with an ambitious, young, anti-vigilante recruit at the SCPD. (If vigilantes were vampires, consider her your Buffy.) Another recurring role to be cast is that of a successful tech whiz who is gay, and who harbors a heartbreaking past.

Question: What’s the buzz on this week’s Empire finale? Is Forest Whitaker’s Eddie gonna get whacked? —Lauren
Ausiello: I can neither confirm nor deny that Eddie will eat it in Wednesday’s Season 4 climax. I can, however, confirm that two major characters — one way more major than the other — will not make it out of the hour alive. 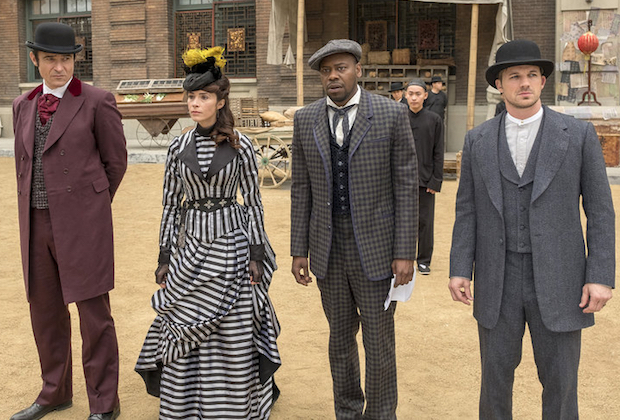 Question: Any intel on the status of a renewal for Timeless? My whole family is going crazy! —Joanne
Ausiello: I have a bad — bad, I tell ya! — feeling NBC is going to do a Friday-night-before-a-holiday-weekend news dump and Timeless‘ cancellation is going to be embedded in the middle of it. (Prove me wrong, Peacock network!) Should the series cheat death yet again (do the right thing, Peacock network!), series co-creator Shawn Ryan says you can expect a shakeup at Rittenhouse now that Emma has taken out both its leader Nicholas and his granddaughter Carol. “It changes up the dynamics of the group over at Rittenhouse, [which] we’ve always heard has been based on blood and legacy,” he teases. “So my guess is Rittenhouse will change in some way under Emma’s leadership.”

Question: Anything you can share about next season of Roseanne? Will there be a time jump? Might we see more of DJ’s wife? —Jen
Ausiello: You forgot to ask the one question I actually had an answer to: “Will we be getting a Halloween episode?” (I believe we will be!)

Question: Have we seen the last of Scott Speedman on Grey’s Anatomy? Please say no! —Kyle
Ausiello: Although I’m told there are no current plans for Meredith’s crush interest Nick to resurface, I would be shocked — shocked, I tell ya! — if he wasn’t back for an arc in Season 15.

Question: Sara Ramirez’s tweets about Madam Secretary have me worried. Is she leaving the show? —Meg
Ausiello: Though a few of Ramirez’s recent tweets did seem to hint that perhaps Kat Sandoval had gone back to her avocado farm, a rep for the show assures us that the Grey’s Anatomy alum isn’t going anywhere.

Question: Have you heard anything regarding Ghosted? While it hasn’t been cancelled outright yet, that seems to be the direction it’s heading. I want to know if/when the remaining episodes are to air. —Courtney
Ausiello: The final episodes will burned off beginning in July. And I do mean final episodes. Even though Fox hasn’t officially cancelled the Adam-Scott-Craig Robinson paranormal comedy, there is a zero percent chance the show will be back for Season 2. 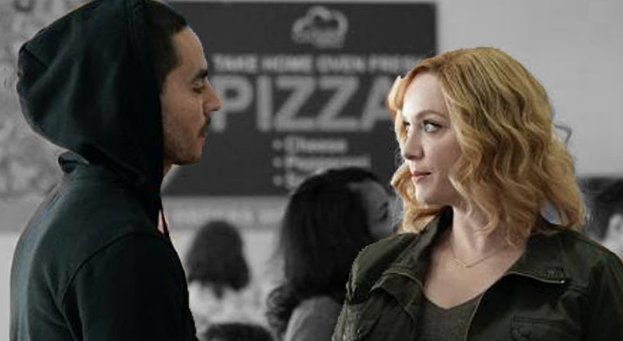 Question: Am I the only one who feels some chemistry between Beth and Rio on Good Girls and wish they would act on it once and for all? Is this something that might happen, or am I way off base? —Adrielle
Ausiello: I’m going to hand this Q off to series creator Jenna Bans: “You’re not way off base, Adrielle! Watch Season 2.”

Question: What do you know about Midnight, Texas now that it’s been renewed? Are they going to continue the story that was started in the finale? — Erin
Ausiello: TVLine recently talked with Midnighters Peter Mensah and François Arnaud, who confirmed that the theme of unwanted development in the quirky Texas town will, indeed, advance in Season 2. “The hotel moving in is a big part of what will change in our little village,” Mensah said. “And the stories will build from there.” In addition, Arnaud notes, Manfred “is still going to be dealing with the aftermath” of his decision to allow multiple demons to possess his body in order to save Fiji from Colcannar. “From what I understand,” he adds, “they want to amp up the stakes and the drama and the comedy.” BONUS SCOOP: Though Sarah Ramos is no longer a series regular, as we reported at the time of the Season 2 pickup, expect Creek to show up in some capacity in coming episodes. “She’s back,” Arnaud confirms.

Question: Is Colin Donnell leaving Chicago Med? The finale sure made it seem that way. —Bonnie
Ausiello: Donnell sure hopes not. In the wake of Connor receiving that shiny new job offer in last week’s Season 3 finale, the actor is “really hoping” the doc will stay put. “He’s got a big decision ahead to make, but I think it would be a shame for him to leave something he has worked for at the hospital,” Donnell adds. As for Ava’s swiftly chiming in that she would take the gig if given the chance, Donnell admits it’s probably a bad sign for any potential romance between the characters. “I think he was not-so-secretly hoping that she would say, ‘I would stay here — for you,’ which is what he was kind of trying to say to her,” Donnell shares. “I’m interested to see where the relationship goes from there, because I don’t know if they’re right for each other romantically. But they work so well together. It’s this push-and-pull of, ‘Maybe it works? Maybe we should give it a shot?’ But we’re so competitive with one another that we can’t give it a shot right now.”

Question: Any scoop on Elementary? —Lulu
Ausiello: Captain Gregson will soon have his hands full with his detective/daughter, Hannah (returning guest star Liza J. Bennett). “We’ve [previously] shown her as a pretty complicated person, someone who, given a vast array of good choices, has a knack for finding a bad one,” executive producer Rob Doherty notes. “She’s made some advances [though]. She has moved up the chain, but she’s dealing with some more personal problems that can and will affect her relationship with the department, but, more importantly, with her father.”

Question: Can I get any scoop about Chicago PD? —Carlynn
Ausiello: Are you wondering what Antonio told the higher-ups about Voight’s actions? Star Jon Seda knows the answer and offers up this tantalizing hint: “I’ll just say that Antonio always leans toward telling the truth than not. But the truth might be something that not everyone has seen yet.” 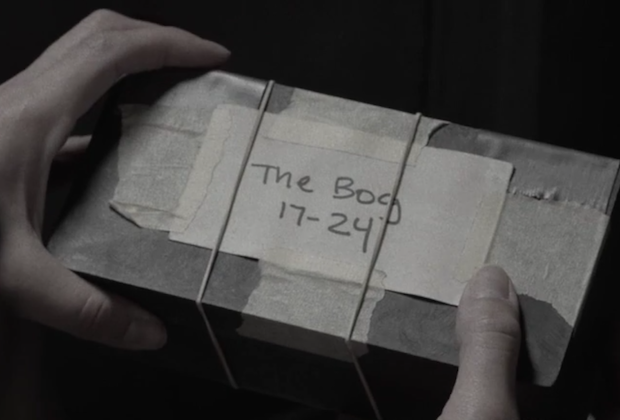 Question: I agree with you guys that Fear TWD has been really good this year. But I don’t get Al. Are we going to find out what her deal is? —Ken
Ausiello: Co-showrunner Andrew Chambliss understands your frustration. “Al is good at asking people questions,” he acknowledges, “but not so good at answering them.” But he promises that answers are forthcoming, in particular about that mysterious tape she labeled “the bog.” “As we’ve seen, it’s important to Al,” Chambliss says. “It will just take a little bit of work for people to find out exactly what that’s about and really what everything she’s got in her van is about.”

Question: Does that fact that NBC-bound Brooklyn Nine-Nine is being held until midseason mean that we won’t be getting our annual Halloween Heist episode? —Jacob
Ausiello: It might mean that. Then again, it might… not. Basically, EP Dan Goor tells us that he’s looking at possibly keeping the Heist but ditching the Halloween. “The Halloween aspect is much less significant every year, so it may not matter [if it doesn’t air on or near Halloween],” he shares. “We’re trying to figure it out because we love [those episodes]… They’re some of the hardest to write [but also] some of the most satisfying. They feel like a signature of the show.”

Question: Any hints about what to expect from the Killing Eve season finale? — Sophie
Ausiello: Is it even a surprise to say that you can expect lots of blood? Villanelle takes Konstantin’s young daughter hostage… and adds at least one major character to her list of kills. Plus, Eve and the glamorous assassin face off once again, and this time, it’s more than just a friendly chat over shepherd’s pie. In fact, save a spot for their final standoff on your list of the year’s best TV scenes.

This AAnd That….
♦ The season finale of Ask Ausiello Live will go down this Wednesday at 2:30/ET on TVLine’s Facebook page — be there or… don’t. No big whoop. (But you should absolutely, definitely be there.)
♦ Ugly Betty fans, did you hear? Marc and Amanda are reuniting! For one week only! In Washington, D.C.! And I’m gonna miss it! Please go and report back! Why am I screaming?!
♦ I can’t remember if I mentioned this, but The Marvelous Mrs. Maisel is shooting a Season 2 episode on location in the Catskills next month and — holy Marjorie Houseman — if ever AS-P were going to bring Kelly Bishop into the fold, now would be the time, I tell ya!