Not even the power of Christ could compel Fox to renew The Exorcist. But thanks to the series’ executive producer Jeremy Slater, we at least know a little about the supernatural tangles Tomas, Marcus and Mouse would’ve gotten into in Season 3. 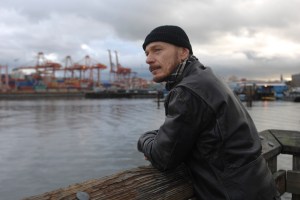 Viewers of the series will remember that the Season 2 finale — which aired in December — found Marcus so upset about having killed a possessed Andy in order to save Tomas that the excommunicated priest decided to part ways with his protege. So Mouse volunteered to be the young priest’s new partner, and they planned to rendezvous with Father Bennett… unaware that he, too, was possessed and had likely murdered at least one person in the hospital where he was being treated.

Then in a flash-forward, Marcus heard the voice of God urging him to find Tomas.

Just before the finale aired, Slater tweeted that a pending merger between Fox and Disney was “awful for a number of reasons, and I can’t imagine it means good things for the future of our show.” TVLine spoke to the EP around that time and asked about his plans for Ben Daniels and Alfonso Herrera’s characters — not to mention the rest of the demon-fighting cadre — should the series continue for a third season. “There are a lot of fun options, I think,” Slater told us. Read on for his thoughts on: 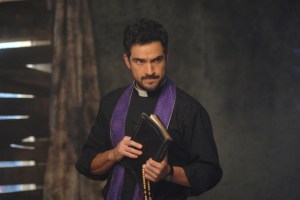 TOMAS AND MARCUS’ REUNION | “Absolutely it’d be a disservice to come back, and the opening scene of Season 3 is Marcus kicking down the door and saying, ‘Tomas, I miss you.’ We kind of set up this big shooting between the two of them, and then we have to pay that off.”

TOMAS AND MOUSE’S RELATIONSHIP | “It’ll be totally interesting to see what will happen to Tomas being on the road with a brand new partner, especially knowing how different Mouse is from Marcus in terms of methodology and ruthlessness, and everything else. She’s going to train him in very different ways and use him in different ways. Where Marcus was very much constantly worried, almost to the point of obsession with protecting Tomas, Mouse doesn’t have those same nurturing instincts. In Mouse’s eyes, Tomas is a weapon to be used in this larger war. He’s an asset that she could potentially control. That’s a really fun interesting dynamic. The question is: How long can you keep those two stories separate if Marcus doesn’t necessarily know where Tomas and Mouse are.” 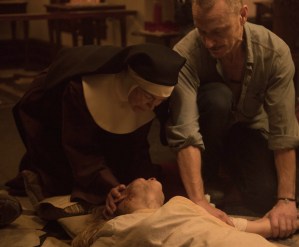 EXPANDING THE NETWORK | “Part of the story in Season 3 would be Marcus having to use his connections to this religious underworld to track down his missing partner. If he can’t necessarily trust the Church anymore, because it’s been compromised, I think it’d be fun to see Marcus having to go outside the bounds of the Church and talk to some of the people he would have met over his last 30 years of exorcising people. [Sources] who deal in conspiracy theories, religious reliquaries and things like that… Shamans and rabbis and people from different faiths who may be fighting the same evil using different terminology and different methodology.

FLIPPING THE SACRED SCRIPT | Having Marcus work his sources “feels like an interesting way to get Marcus back into that world, as opposed to having him just say, ‘Yes, I’m an exorcist again now!’ Let’s let Tomas carry that standard for a little while. Let’s let Tomas be the exorcist, and let’s let Marcus be the one who has to search for his friend and save his friend.”

FEAR NOT THE FLASHBACKS | “That final scene [in the finale] where Marcus gets that message from God happens six months after the two of them separate. So we’re going to have six months to account for what happened to Tomas and Mouse on the road. There may even be a potential for telling stories that are happening on branching timelines and flashbacks and different things like that.”

What would you have liked to have seen in The Exorcist‘s Season 3? Hit the comments and let us know!