This week on Roseanne, a trip to the doctor puts the kibosh on Becky’s surrogacy arrangement, and the series pays tribute to a former cast member.

The episode opens with Becky bringing home a puppy named Armani. She’s always wanted a dog, and figures she’ll have a backyard for him once she has the baby for Andrea and claims her $50,000. She comes over hoping Roseanne will wish her luck for her upcoming doctor’s appointment, but Mom is still not supportive of the decision to carry another couple’s child.

Jackie accompanies Becky to her appointment, where the MD reveals that she has the eggs of a much older woman (as you’ll recall, she lied and told Andrea she’s 33), and has less than a five percent chance of ever getting pregnant. Andrea backs out of the arrangement and thanks Becky for everything. (Guess they’ll have to come up with a new role for Sarah Chalke next season!)

Jackie heads back to the house to tell Roseanne and Dan the news. Becky walks in shortly thereafter, but doesn’t want to discuss it with her mother. As if finding out that she can’t have a child isn’t painful enough, she’s also had to return Armani to the rescue center. Once she heads to work, Roseanne tells Jackie to go back and get the dog, but the woman who works there (played by none other than Better Call Saul’s Rhea Seehorn) refuses to give him to a senior citizen. And so Roseanne and Jackie head back to the rescue center and ultimately try to steal the dog. The woman threatens to the call the police, at which point Roseanne tells her that she’d be reporting a former cop.

Meanwhile, Darlene heads down to the restaurant, having just received a drunken text from her big sis. There, Becky tells Darlene that she and Mark wanted to have kids. They tried, but were unsuccessful, and she never met anyone after Mark died with whom she’d consider having a child. Darlene assures her that she wouldn’t be betraying her late husband if she finally lets herself move on.

That’s when Roseanne and Dan arrive, and Roseanne sits down to apologize to Becky. She admits she was being selfish, and often fails to consider what other people want. Becky breaks down in tears, telling her mom that her apology won’t change the fact that she can’t have a kid of her own. Mom says there’s a possibility the doctor was wrong, reminding her that she had Jerry when she was well into her forties. She then gives her daughter a bit of good news: Jackie has agreed to take in Armani until she’s got things figured out.

The episode closes with a tribute to the late Glenn Quinn, who played Mark during the series’ original run: 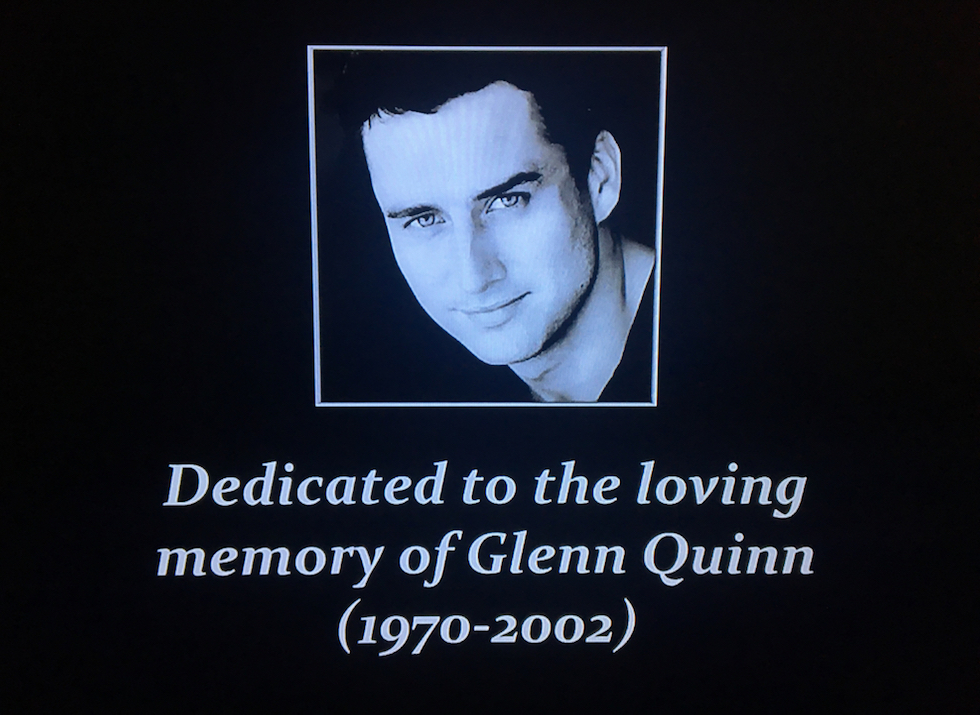 What did you think of “Eggs Over, Not Easy”? Drop a comment below. (Looking for our next recap? Read about Roseanne Season 10, Episode 5 here.)