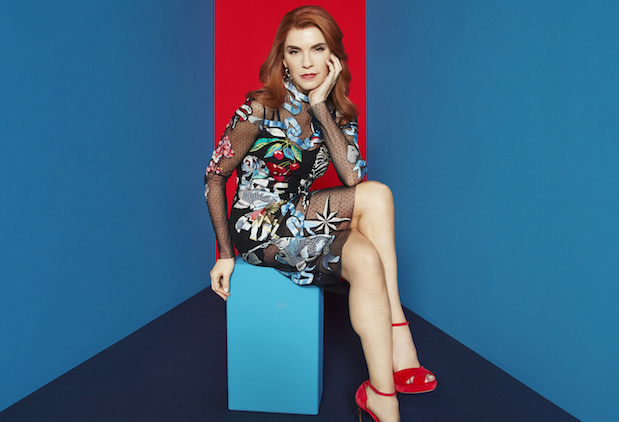 The revenge-fantasy drama centers on Plum Kettle (played by Joy Nash, Twin Peaks), an obese woman who is planning on weight-loss surgery but gets sidetracked when rival feminist factions somehow get involved. Margulies’ Kitty is a very ambitious magazine editor who’s not quite sure how to cope when a feminist terrorist organization goes after those near and dear to her. It’s all based on Sarai Walker’s 2015 novel, which Marti Noxon (UnREAL) has adapted for TV.

In addition, Campbell Scott (House of Cards), Kelly Hu (Arrow), Marc Blucas (Buffy the Vampire Slayer) and Alanna Ubach (Girlfriends’ Guide to Divorce) are among those slated to appear in Season 1.

Dietland premieres Monday, June 4 (9/8c) with back-to-back episodes. Click through the gallery above — or go to it directly here — to get a good look at the cast, then hit the comments: Are you planning to Dietland?