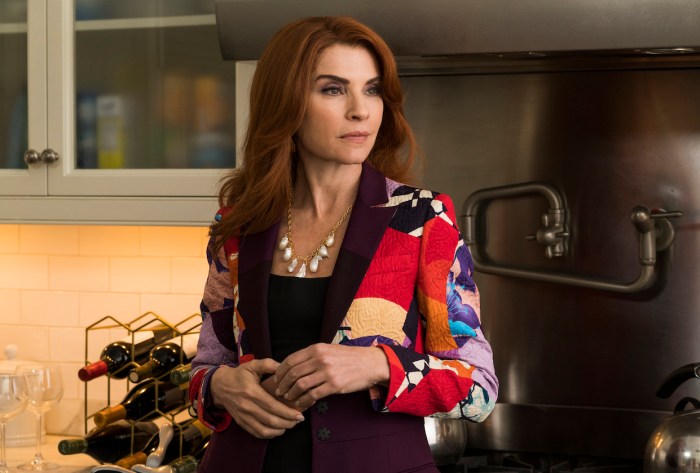 The Good Wife Emmy winner is returning to TV in the upcoming AMC drama Dietland — debuting Monday, June 4 at 9/8c with back-to-back-episodes — and based on the new first-look photos the network just released, she’s definitely in charge. Margulies plays Kitty Montgomery, the high-powered editor of one of New York’s hottest fashion magazines, and she looks commanding sitting behind a desk, The Devil Wears Prada-style. (And the red hair color actually kind of works on her, doesn’t it?)

Based on the bestselling novel by Sarai Walker, Dietland stars Joy Nash (Twin Peaks, The Fosters) as Plum Kettle, a ghost writer for Kitty’s fashion magazine who struggles with body-image issues while working among stick-thin models and considers drastic weight-loss surgery. Meanwhile, high-profile men accused of sexual assault are meeting untimely deaths all across the city.

AMC has also released a teaser for the series, with Margulies and Nash setting up the show’s premise:

Check out the gallery above — or click here for direct access — for a first look at Dietland, then hit the comments with your early thoughts.