Question: Do you have any good spoilers for the season finale of The X-Files? —Erin
Ausiello: I hope you’re sitting down, Erin. [Beat] The episode ends on a cliffhanger. [Crickets] Oh, and expect deaths. [Beat] Emphasis on plural. [Anticipation builds for next scoop] That’s all I got. 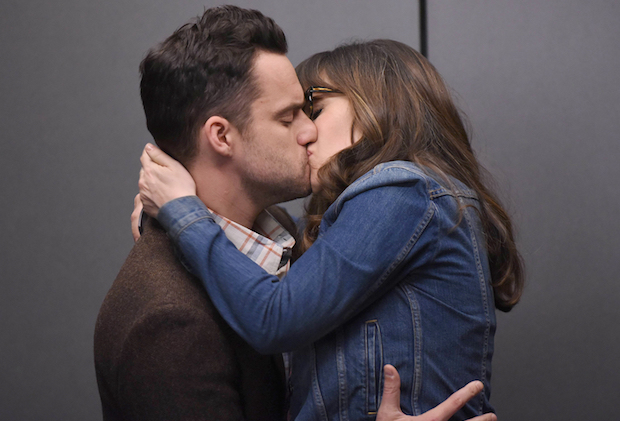 Question: Have you seen any of New Girl‘s final episodes? Any scoop? —Jen
Ausiello: The hilariously troll-y opening scene in the April 10 premiere is going to put the fear of God in Nick and Jess fans. But just take a deep breath, count to 10 and all will be OK. Promise.

Question: Have you found out the reason why the Last Man on Earth probably won’t be renewed? Love the show. —Robbie
Ausiello: Low ratings. And this schedule-hogging development.

Question: We’ve gotta meet more of Beth’s family next season on This Is Us, right? —Maureen
Ausiello: Allow me to put this in the words of co-showrunner Elizabeth Berger: “Absolutely.” Now that we know that Kevin and Zoe will end up romantically paired off at some point in the coming season, expect to meet some more of Beth’s relatives. “One of the fun things about Zoe being Beth’s cousin is that they share family,” the EP adds. “So now you have Kevin and Randall who have the same extended family, and we’re really excited to get to know members of Beth’s family that we haven’t seen before and throw everyone together in a way we haven’t yet.” (We’ve got more Season 3 scoop right here!)

Question: What are the plans for Alexandra Breckenridge next season on This Is Us? We saw very little of her this past season, despite her series-regular promotion. I am a big fan of hers. Hopefully Sophie’s story isn’t over. —Claire
Ausiello: It’s over… for now at least. As the aforementioned Kevin-Zoe development all but confirmed, Breckenridge will not be back next season as a series regular. A guest appearance, however, is not out of the realm of possibility. 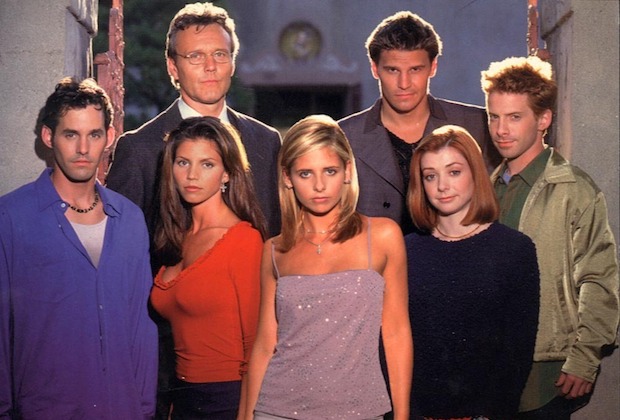 Question: I’ve read that Fox exec Gary Newman recently spoke at a conference and made comments about Buffy the Vampire Slayer being an eligible candidate for a reboot. It was also mentioned that Joss Whedon would be at the helm of such a project. But it still worries me. What do you know about that? —Chloe
Ausiello: I know that you have no reason to be concerned because it’s not happening. Sometimes God makes news stories purely to generate clicks. That was one of them!

Question: I’ve recently binged on The Good Fight and am obsessed. Any new news on Season 2? —Zara
Ausiello: I hear an upcoming Season 2 episode of the CBS All Access legal drama will feature a case loosely inspired by the recent Aziz Ansari-spawned “affirmative consent” debate. 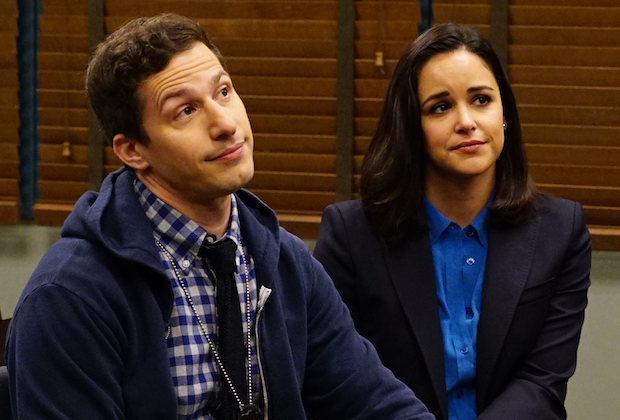 Question: I know it’s not looking good for a Brooklyn Nine-Nine renewal, but if it’s cancelled do you think there’s much chance of it being saved by another network/streaming service? I am praying! —Nikki
Ausiello: I actually think there’s a decent chance the Nine-Nine crew would find a new home, should Fox evict them.

Question: On Grey’s Anatomy, the conclusion of the story between Jo and her abusive ex Paul seemed so tidy. Will the ghost of Paul rear his ugly head before season’s end? —Mike
Ausiello: It was tidy and surprisingly short, especially considering last summer Matthew Morrison said Paul would play “a big role” in the current 14th season. (All told he appeared in just three episodes this season, one of which amounted to a paltry four seconds of screen time.) But to answer your question, I can confirm that Grey’s has no plans to Denny-ize Paul.

Question: Why does HTGAWM always have such a short season? It takes a big break starting in November, doesn’t come back till January 18 and now is ending on March 15. That seems very short to me. —Douglas
Ausiello: In this new #PeakTV era where trimmer orders are becoming the norm, I would hardly call HTGAWM‘s 15-episode haul very short. But for a successful-ish drama on a broadcast network, it certainly is below average — and the reason for that can be found at the top of the show’s call sheet. When Viola Davis agreed to dive into series-TV waters four years ago, one of the Oscar winner’s caveats was that she’d only do 15 episodes a season. 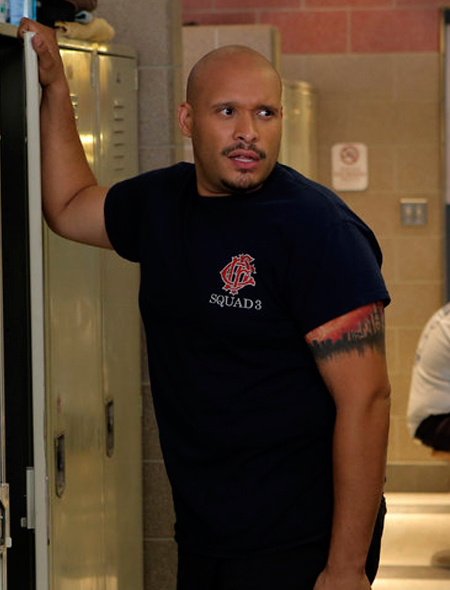 ♦ Chicago Fire: A skeleton’s about to fall out of Cruz’s (Joe Minoso) closet in the form of his high school sweetheart, who’s single and presumably ready to rekindle things with her ex. Casting is underway for the recurring role.
♦ The Blacklist: Hearing rumblings that we may soon lay eyes on Liz’s half-sister Jennifer before the season is out.
♦ Designated Survivor: Kiefer Sutherland’s POTUS better batten down the Oval Office’s version of hatches, ’cause a hurricane is headed to D.C. No, I’m not being metaphorical — a literal hurricane is forecast for May sweeps. And the storm may claim the life of a series regular.
♦ Roseanne: A member of the Conner clan will be struggling with a new, very serious addiction in the revival episodes. Also, you’ll be happy to know that Estelle Parsons’ Beverly (who’s back for two episodes) has not mellowed one bit in her 80s. She’s as vicious and mean to daughters Roseanne and Jackie as ever, and you’ll wrap her cruelty around you like the warm blanket of nostalgia it is.
♦ Homeland: Carrie will kiss another man in this Sunday’s episode, and I suspect even the most hardcore Carrie/Quinn fans will be cool with it.
♦ In closing, I’d just like to point out that you got two Ask Ausiellos this week. That’s unprecedented. Please take a moment today to appreciate what a gift that is.