Question: Have you heard anything yet about how Abby is leaving NCIS? —Jane
Ausiello: Only that leading up to the end of her 15-season run, Pauley Perrette has aimed to scatter Easter eggs for longtime fans to find. “Her approach to [leaving] is to have fun with this,” Rocky Carroll told Matt Mitovich. “What she has been doing for her fans is make sprinkle in callbacks, certain Abby-isms, these little treats that the diehard NCIS fans will recognize. It’s her ‘farewell’ card to the audience, where people will see it and go, ‘Oh my god, that’s from Season 2, when this happened with Tony’ or ‘when this happened with Kate.’ She’s trying to take you on this treasure hunt, where every time you’re watching one of her scenes there’s a throwback to a previous season.” 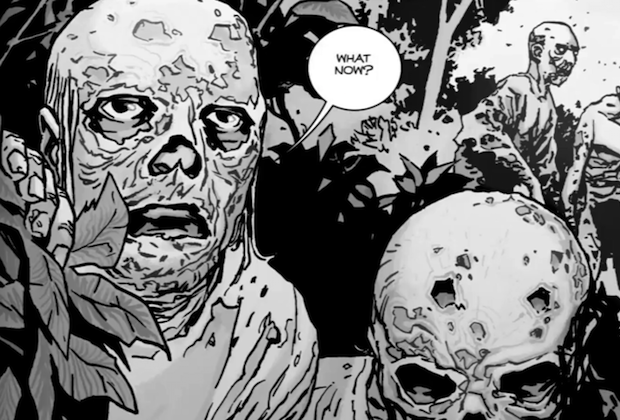 Question: Got anything to look forward to on The Walking Dead? — Hal
Ausiello: Yep — but maybe not imminently. When we spoke recently with showrunner Scott Gimple, we asked if, before Season 8 was through, we’d get any hints of the Whisperers, the next Big Bads after the Saviors in Robert Kirkman’s comic-book series. “I couldn’t say that,” he replied. However, the villains, who wear walker skins to blend in with the zombies, are “absolutely on the menu. I just wouldn’t necessarily say for this season or even exactly when.”

Question: I’m very excited to watch the revial of Roseanne. One thing I was curious about was the fact that there is no mention of Roseanne’s youngest son Jerry or Jackie’s son Andy. Are they not a part of this revival? —Kristen
Ausiello: They are not part of the nine-episode continuation, but we’ll learn in passing that Jerry “is on a fishing boat in Alaska,” Roseanne Bar recently revealed. Andy, meanwhile, “hasn’t been dealt with,” Barr noted, adding the decision was made to focus on the core characters this time around. “We had so many stories to tell over the arc of these nine episodes,” she explained. “[If we get] another season [we hope to bring] more clarity to those characters.” 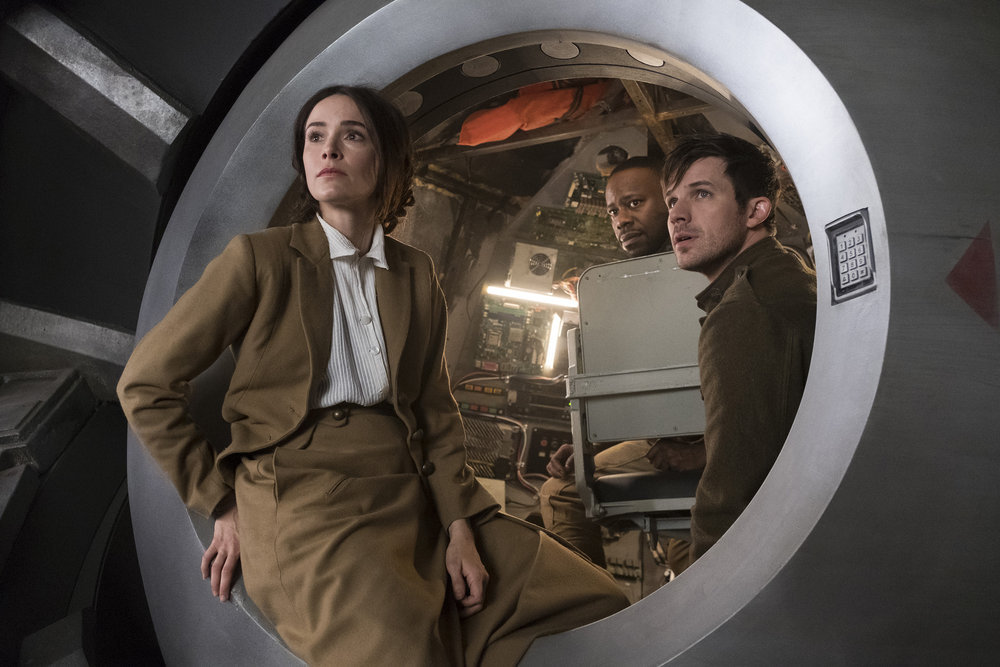 Question: Any news on Timeless? —Eric
Ausiello: On this, the anniversary of Timeless‘ freshman finale, I can tell you that the Season 2 premiere (that almost wasn’t) is highly accessible for potential new viewers/Clockblockers, opening as it does with a substantial (and highly entertaining) “Previously On…” montage. The NBC crowdpleaser then blows up its premise a bit to set the stage for new drama, in the wake of Lucy learning her mother is Rittenhouse. Along the way, Lucy will bump up against a real-life mother/daughter that is dealing with its own complicated issues, while back home we discover that one of the good guys has suffered a debilitating new setback. BONUS SCOOP: A Season 2 episode will find Lucy, Wyatt and Rufus doing the time warp back to March 30, 1981, aka the day President Reagan was shot.

Question: I’m very much praying Kevin (Probably) Saves the World returns for a second season. In the meantime, got anything on the March 6 finale? —Christopher
Ausiello: “There’s some big cliffhangers and some big changes,” the ABC drama’s titular star Jason Ritter tells us. “These final three [episodes] really ramp up the stakes. You’ll see how basically the second season – knock on wood – will be a completely new bag of tricks.” Meanwhile, here’s an update on the rookie drama’s renewal chances, c/o Ritter himself.

Question: Any scoop on Chicago Fire? —Karina
Ausiello: It would appear Severide has some unfinished business in his late ex’s hometown. “There will be a trip to Springfield at some point this season,” showrunner Derek Haas teases, before reminding fans that, yes, “Anna was from Springfield.” BONUS SCOOP: Speaking of Severide’s past flames (get it?!), rumor has it that troublemaker Hope will rear her head again — although not literally. Hmm…. 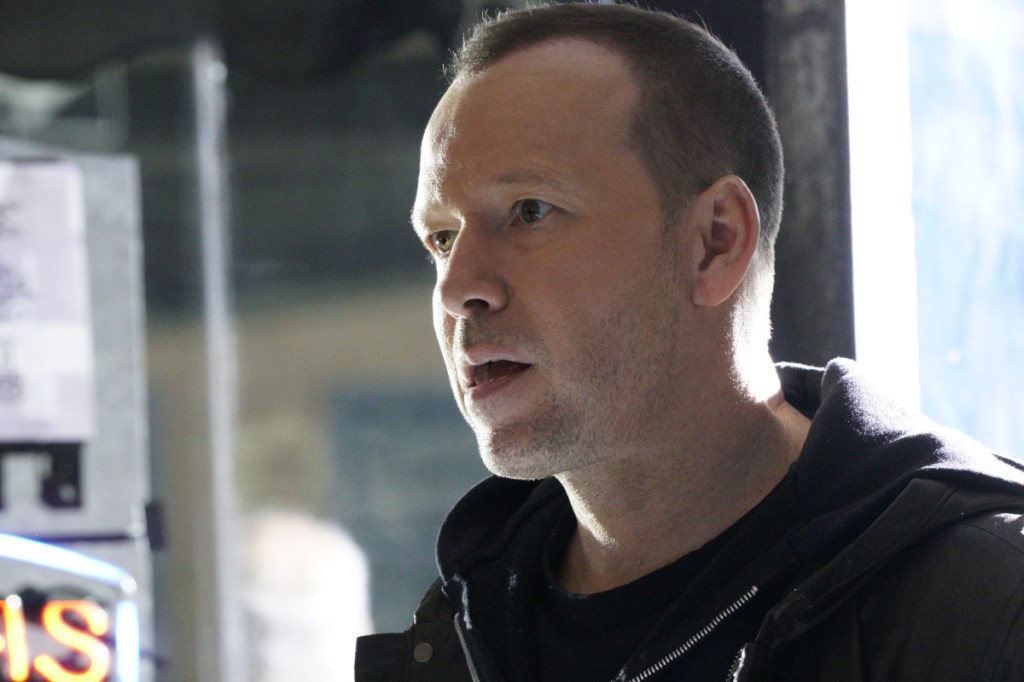 Question: Will Danny get another love interest now that Linda is gone on Blue Bloods? I think a good pick would be his ex-partner, Jackie! They were always close! —Keith
Ausiello: First off, why are you screaming. Secondly, I have zero intel on a new romance for Danny, but I can confirm that the cop will be forced to team up with his incarcerated mob adversary Victor Lugo (once again played by Nick Cordero) for a very important case later this season.

QuestionL Desperate for scoop on iZombie! Anything on the new season from the show’s brains? —Steven
Ausiello: As someone who’s been in a human-zombie relationship, Liv will have some words of advice for Clive and his undead girlfriend Dale in Season 4 (premiering Feb. 26). “She can see that it’s compromising for him,” star Rose McIver shares. “It’s really hard [for her] to watch [him] go through [that], and she weighs in more than she should.” As for the finale’s big Ravi cliffhanger — is he a zombie or not? — McIver teases, “it really pans out in a way that I think will surprise and intrigue people.”

Question: I’d love any spoilers on The Gifted, please! —Ash
Ausiello: Season 2 of the Fox series might shed light on what exactly happened during the infamous 7/15 incident that led to the enactment of strict anti-mutant laws and all that came with that divisive move. “I would definitely like to explore 7/15 in more detail” and possibly via flashbacks, showrunner Matt Nix told TVLine. “What exactly happened there is certainly one of the central questions of the series,” and thus wouldn’t be recounted within just a singular episode. “It’s a bigger deal than that,” Nix notes, “linked as it is to the disappearance of the X-Men and the Brotherhood, the creation of the Mutant Underground and the attempted rebuilding of the Hellfire Club…. It’s kind of at the center of everything we’re doing.” 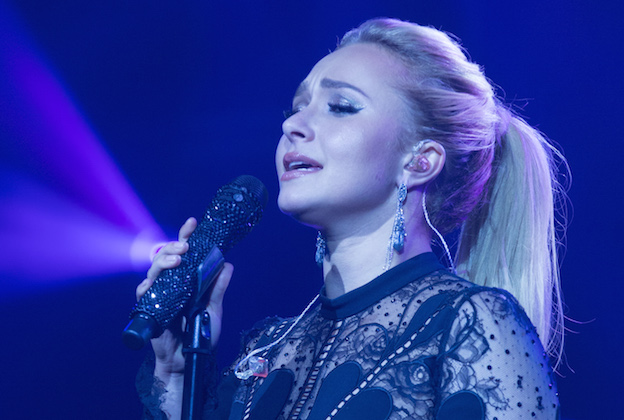 Question: I’m worried about this Juliette cult storyline on Nashville. Is Hayden Panettiere taking a break from the show? —Mandy
Ausiello: I have it on good authority that Panettiere’s Juliette will be around for the rest of the drama’s final season. In fact, Episode 11 is pretty much all Juliette, all the time.

Question: Life in Pieces is having an amazing season. Do you have any scoop on what’s yet to come? —Karen
Ausiello: An upcoming episode of the third-year CBS sitcom (returning Thursday, March 1) will feature singing, dancing and… puppets. (When Heather and Tim try to convince their youngest daughter Sophia to get rid of her stuffed animals, she rebuffs and in doing so imagines them singing and dancing along with her.)

This AAnd That…
♦ Younger will venture into the belly of the New York Comic-Con beast in a Season 5 episode. I’m guessing this is somehow connected to Game of Thrones, er, I mean A Clash of Kings.
♦ BLIND ITEM: An extremely popular broadcast drama that’s been on the air for less than three seasons is eyeing a season-ending plot that would find a pivotal character being diagnosed with terminal cancer.
♦ BLIND ITEM: PART DEUX: A male series regular on an hour-long streaming series that’s about to kick off its second season has made himself available for pilot season, which suggests his character is not long for the world.
♦ My birthday is Friday and in lieu of gifts please get #SantaBarbaraRevival trending on Twitter.