In November, news of the country-music drama’s cancellation came after Herskovitz and his fellow executive producer Ed Zwick had already started mapping out Season 6, but Herskovitz says there was plenty of time and space to plan a suitable send-off for Juliette & Co.

“We had designed the season to have a certain amount of closure anyway, because that’s what we like to do. We want there to be some kind of emotional satisfaction in most of the stories,” Herskovitz tells TVLine. “So it wasn’t that difficult to take where we were heading and turn that into a finale for the entire series.”

He adds: “I’m actually grateful that we can do a finale for the series, you know, and not just sort of drop off the end of the world.”

Ahead of the series’ return, we asked Herskovitz for a little scoop on your Music City favorites. Read on for his musings regarding:

JULIETTE | After stealing Maddie’s song at the end of last season — and then trying to atone by taking a public beating for it — the self-loathing country star “just felt that she was back where she had started, and that’s a painful place to be,” he says. “That’s where we find her in the beginning of the season: struggling with the weight of her own decisions. What we will see is the journey she takes to try to come to terms with that.” And that moment from the trailer, when Juliette tells a crowd, “I don’t think I feel like singing. I just need to stop”? It figures prominently in the premiere. 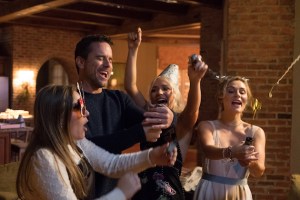 DEACON | The show put a pause on Deke and Jessie’s budding attraction at the end of Season 5, but “even in the first episode [back], it’s discussed,” Herskovitz says. “He’s very conflicted about it. He’s still grieving. He’s not ready to move on, but he’s a human being, and he’s lonely, so he’s torn.” And don’t think that Jessie’s ex, Brad, won’t have something to say about any romantic developments that may emerge — maybe just because Herskovitz enjoys working with Big Little Lies star Jeffrey Nordling, who plays the irritating label head, so much. “He’s the most charming villain I’ve had in a very long time!” the EP says, laughing. Meanwhile, Herskovitz confirms that Rachel Bilson’s Alyssa, who planted a surprise kiss on Deacon in the finale, won’t be back: “That’s just in the past.”

AVERY | Herskovitz stays quite tight-lipped when it comes to Cadence’s daddy, whom we know will start playing gigs with Will and Gunnar this season. All he’ll offer is: “There’s lots of really funny stuff that’s going to happen… it goes beyond playing with the other guys. There’s more big story.” (And maybe a few potential new entries for our best performances list?) 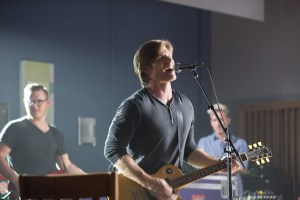 WILL | Thanks to several promos, we know that the character seen shooting steroids into his tush is Will, whom the EP says will have a tough time weathering both his breakup with Zach and his newfound status as a country-music heartthrob.  “He fell really hard for Zach, and the way it ended was very, very painful. Also, Zach propelled Will into a different world. By the end of last year, he had a career beyond just being a musician. He was doing modeling, he was doing a commercial, and there are pressures — real pressures, as we all known — not just on women, but on men as well. When you’re in front of the camera, boy, those demons inside that tell you you’re not good enough can get very loud.”

HIGHWAY 65 | The EP previews “a change among three of the performers that I think the audience is going to be very, very excited about” but cautions that “the perpetual drama of Highway 65 is not necessarily at the center of things, but it’s still there.”

What are your hopes for Nashville‘s final season? Hit the comments!