“I will tell you exactly why you can’t find anything.”

During the course of chatting with Grey’s Anatomy‘s Jeanine Mason about her small-screen roles so far, we mention that we haven’t been able to unearth much about a CSI stint that’s on her IMDb page. And that’s when she good-naturedly clues us in: We can’t find it because it essentially didn’t happen.

Memories From the Set: Jeanine Mason 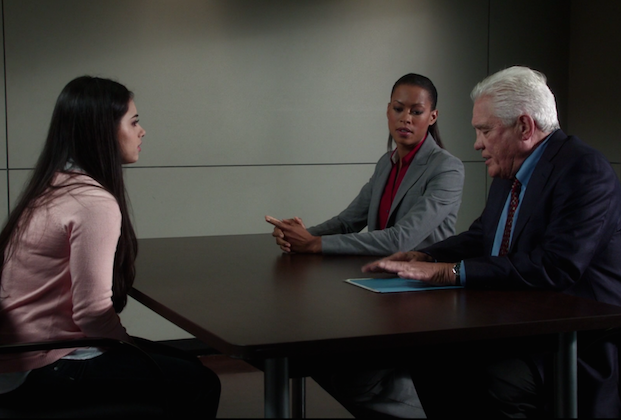 “I booked this guest-star [role]. I’m so pumped,” recalls the actress, whose first taste of fame came when she won So You Think You Can Dance‘s fifth season. CSI would’ve been her first major dramatic role. “I get to work. I show up at set. I do this crazy crying scene. I’m, like, emotional over my dead husband for three hours. Then we get this really sweet call from production about a week before it aired that, ‘We’re so sorry, but there’s time limits for TV shows, and we had to cut Jeanine’s scene.'”

She can laugh about it now, she says, but at the time, landing on the cutting-room floor was “a little heartbreaking.”

“I’m like, ‘No! My crying scene! I need this tape!'” she shares, giggling. In the version of the episode that aired, “I’m in one scene for a second, in the background. That’s it.”

Fortunately for her, Mason has booked many roles since then. And fortunately for us, she agreed to reminisce about them. Review the gallery above (click here for direct access) to hear the Grey’s intern talk about getting spooked on SYTYCD, stitching with Bunheads‘ Sutton Foster, making out with You’re the Worst‘s [Spoiler] and much more (including, of course, some scoop from the halls of Grey Sloan Memorial).