The NBC series often relies on Sullivan for comic relief, especially in the midst of Pearson family turmoil (and to varied effect). But when it was time for upset and disappointment in Toby’s own family, Sullivan was afforded a rare opportunity to show us the character stripped of his punchlines and funny hats. The result was an adroit performance that depicted a sad man confused by his fiancé’s seemingly flip reaction to sudden loss.

Sullivan’s talents were best displayed during both Toby’s absurd visit to the distribution center — as Sullivan kept his voice calm and his movements tight, you could tell that this was a character about to lose his stuff — and in Kate and Toby’s epic fight back at their apartment. Sullivan played Toby as earnestly angry, worried and hurting, using a stillness not usually seen in the character to express how hard a time he was having. It was a refreshing change to see Toby played for more than yuks, and we’re hoping Sullivan gets more opportunities to stretch the character in the coming year. 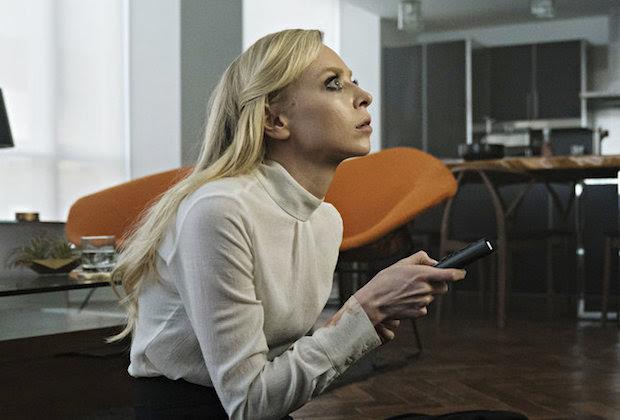 HONORABLE MENTION | Ever wish you could turn back time with your TV remote? Mr. Robot‘s Angela sure does, and Portia Doubleday was chillingly cuckoo this week as Angela watched her dreams of a better future crumble right before her eyes. After the Dark Army promised her no one would be hurt in their plan to take down E Corp, they killed thousands of people anyway, sending Angela into a catatonic spiral of denial. Doubleday was mesmerizing as Angela stared at TV footage of the carnage, paralyzed by guilt, and numbly asked Darlene, “They’re gonna be OK, right? Those people who died?” With dark circles around her eyes and a hint of blood still on her blouse from the chaos at E Corp, Doubleday just about broke our hearts as Angela kept rewinding footage of the buildings collapsing, convinced that she could undo the damage simply by pressing a button. Angela’s character has only deepened and grown richer with every season of Mr. Robot, and Doubleday outdid herself this week with her stark, unsettling performance. 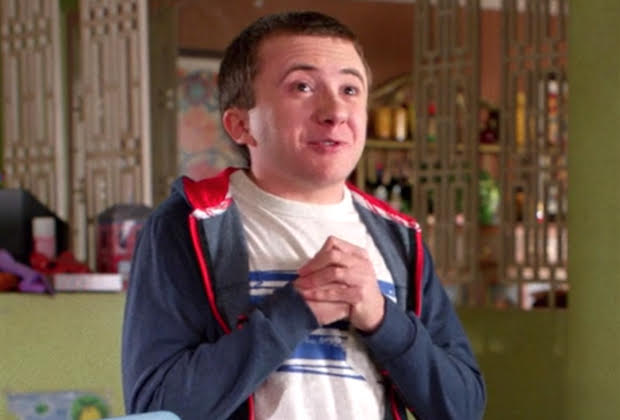 HONORABLE MENTION | Atticus Shaffer walked a fine line in this week’s The Middle, as an on-the-rebound Brick went overboard trying to impress new classmate Lilah. Shaffer somehow pulled off the tricky combo of endearing and creepy as he prepared for her after-school visit. He first had us howling when he inadvertently channeled his inner Lennie from Of Mice and Men (“I just like her so much, I want to squeeze her until she stops breathing!”), and later as he nagged Frankie about everything from her lackadaisical housekeeping skills (“Maybe you can start by picking up some of these bras.”) to her inability to stay on script ahead of Lilah’s arrival. We probably should’ve been more upset when he hastily cut his new gal pal loose, but we were too delighted by Shaffer’s performance as he played up Brick’s excitement about ex-girlfriend Cindy wanting him back. 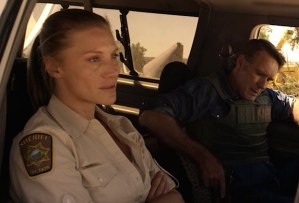 HONORABLE MENTION | As Longmire rode off into the sunset with its very final episode, Katee Sackhoff offered a moving reflection on all that Vic and Walt had been through, and avoided, in recent years. After Walt’s latest brush with death, Sackhoff lowered Vic’s strong facade to make clear the devastation she would feel if her longtime colleague left her without a “good-bye” — a confrontation that touched something in Walt, who pulled Vic into a hungry kiss. But it was the pair’s languorous, post-coital heart-to-heart where Sackhoff shined brightest, delving with Robert Taylor into a conversation that was very frank, very adult by TV standards. Vic lost someone, as did Walt, and those are holes no one will ever fill. Sackhoff’s expressive eyes registered anxiety over whether they should even try, but also a hope that they might. And we, as the final montage played, are glad they did.