If there’s iced tea in that bag, it could be love. And if not, well at least we’ve got an official return date for The X-Files‘ Season 11.

The continued revival of Fox’s sci-fi drama will return on Wednesday, Jan. 3 (8/7c), TVLine has learned.

In addition, the network has released the upcoming season’s striking poster, which promises/warns, “The truth is closer than ever.” (Scroll down to see it in full.)

Given various preview videos and the intel we’ve gleaned, Season 11 appears to center on Mulder and Scully’s son, William, whom Scully had to give up for adoption for his safety not long after his birth. “We explore that father-son-mother relationship, and you’ll see more of William than you’ve seen in a long time,” series creator Chris Carter said at this year’s New York Comic Con.

In related scheduling news: Ryan Murphy’s 9-1-1 procedural, which stars Connie Britton, Angela Bassett and Peter Krause, will premiere at 9 pm on Jan. 3, following the return of Mulder and Scully.

Peruse the poster below (click on the image to see it larger), then hit the comments: What are you most excited and/or worried about re: The X-Files‘ return? 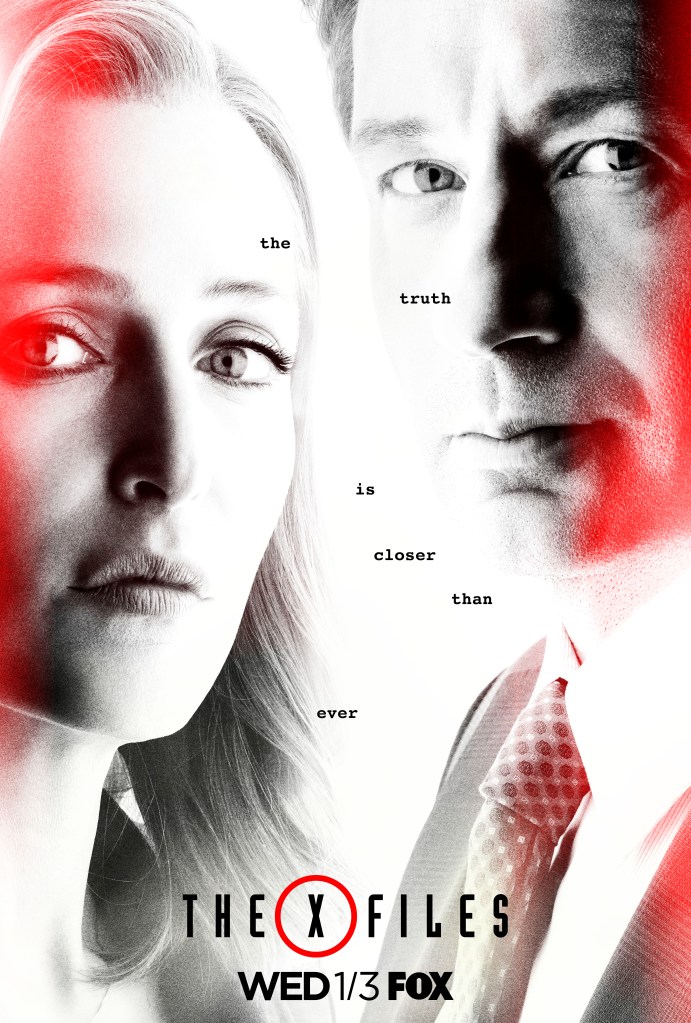