Project Runway fans, we need to talk about Brandon. 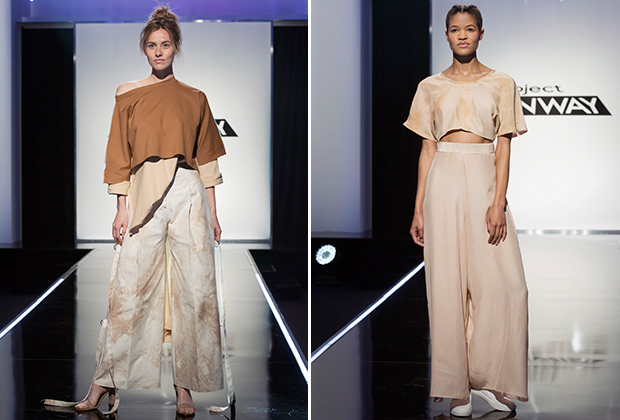 Established almost immediately as the undisputed golden boy of Season 16, the 24-year-old San Francisco native took home his third win on Thursday for his interpretation of a high-fashion “warrior woman.” The judges praised Brandon for “creating something new” with his “out there” look and for blending “millennial pink with that sports/street attitude.” Sure.

But another, arguably more important, point was also raised about Brandon’s look: We’ve seen it before. A lot. Nina Garcia referred to buckles and strings as being in Brandon’s DNA, while Kenya took it a step further, drawing direct comparisons between several of his previous looks. 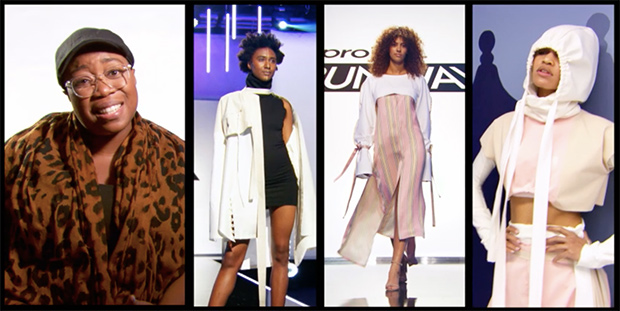 In fact, I felt that Kenya summed up my own concerns pretty nicely: “Brandon is a good designer. He makes great clothes. He’s choosing his aesthetic. But it seems like it’s the same almost. Just slightly different. It’s still nice, but it’s kind of the same.”

My real question is why other contestants have been criticized for occasionally repeating an element of one of their previous looks, yet Brandon consistently receives praise from the judges, when even they acknowledge that his stuff always looks the same. Why don’t the same rules apply to him?

Believe me, I’ve considered every conceivable possibility. For a while, I was even convinced that Brandon might be some sort of male siren, though my investigation into the matter uncovered that male sirens pretty much disappeared from art around 500 BC, with the creatures being depicted solely as female moving forward. (Conclusion: While I can’t officially rule it out, I highly doubt that Brandon is a descendant of the ancient beings believed to lure sailors to their deaths.)

Save for Thing One and Thing Two, whose exits I celebrated with childish glee, there hasn’t been a designer this season who I’ve actively rooted against — until now. And even if you disagree with me, know that I’m not alone in this. TVLine readers have already weighed in passionately on the subject; one commenter referred to Brandon as “Ol’ Straps and Flaps,” while another reminded us that “Brandon did not invent rectangular pieces of cloth.” And it’s true, he didn’t.

Let’s talk: Am I justified in my, shall we say, confusion over Brandon’s seemingly effortless success? And which of the final five designers are you rooting for? Browse our gallery of Brandon’s looks thus far – you can click here for direct access — then vote in the polls below and drop a comment with more of your thoughts.