The workroom became a war zone on Thursday’s Project Runway, as the five remaining contestants were tasked with designing high-fashion editorial looks inspired by “warrior women.” 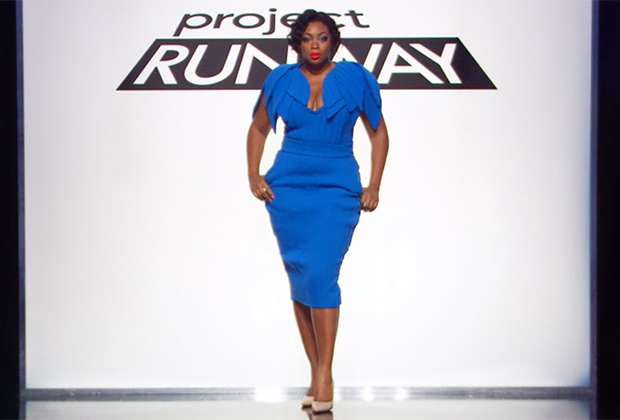 Some of the designers, like Kentaro, took a more literal approach (warrior woman = samurai!), while others, like Margarita, went with a more high-concept design… only for the final product to come out as the most literal cliché of all.

I singled out Kentaro and Margarita because, at the risk of cutting directly to the chase, they wound up in the bottom two this week. Kentaro was told that his design — which underwent a bit of last-minute reconstruction when his original outfit simply didn’t fit his model — would be “badly photographed” in editorial, while Nina Garcia went so far as to call it “unacceptable” work.

Margarita, meanwhile, was told by Zac Posen that her dress’ vibe was “more clubby than armor,” the latter of which was her intent. Garcia added that it “looks very much like a costume.” With these critiques in mind, take a gander at the “warrior woman” outfits designed by Kentaro (left) and Margarita (right) below: 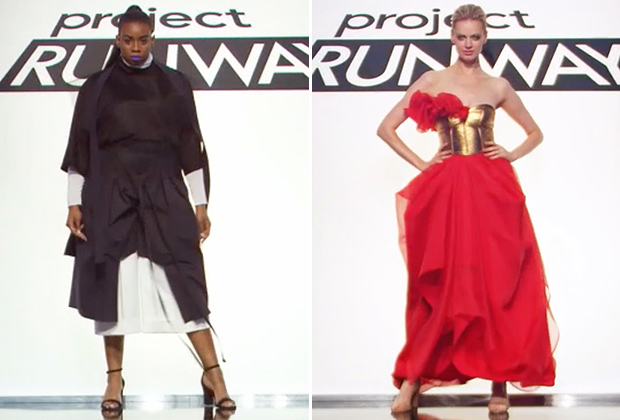 Am I crazy for thinking the judges were wrong for giving Margarita the ax this week? At this point in the competition, all five remaining designers have proven their worth, so a single week-to-week slip-up is all it takes to send someone home, and this is the second week in a row that Kentaro has been in the bottom. (I’ve been having Pocahontas-themed nightmares all week.)

That said, the elimination quickly became a moot point when the designers’ mentor (bless his heart!) informed Margarita that he would be using his Tim Gunn Save™ to keep her in the competition.

I have to admit, I’m also a little puzzled by this week’s winner, Brandon. It’s pretty obvious at this point that Brandon could send his model down the runway in a damn garbage bag and still have the judges fawning all over him, but did he really deserve a third win for a look we’ve seen so many times before? Seriously, look at his winning design (left) vs. Ayana’s impeccable work of art (right) and tell me who should have won: 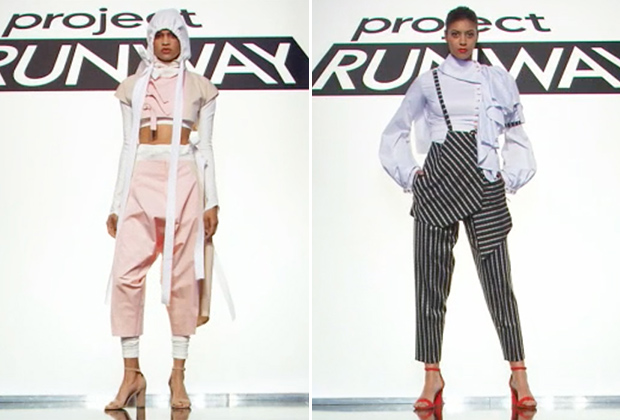 OK, let’s get your thoughts on this week’s questionable judgments: Did Margarita really deserve to be eliminated over Kentaro? Was she worthy of the long-awaited Tim Gunn Save™? And am I crazy for thinking that Ayana deserved this win over Brandon? Whatever’s on your mind right now — and I’m sure you’ve got plenty to say — drop it in a comment below.