Warning: The following contains spoilers from Thursday’s Grey’s Anatomy — proceed at your own peril.

Though “Danger Zone” moved Riggs, his back-from-the-dead fiancée Megan (Abigail Spencer) and her son Farouk to Malibu and gave them what appeared to be the happiest of endings, he was still texting Mer. So the news of Henderson’s departure comes as something of a surprise.

“I loved that we were able to give Riggs a happy ending worthy of his character and talent,” series creator Shonda Rhimes said in a statement. “As for Martin, this is not an ending for our relationship. He has been 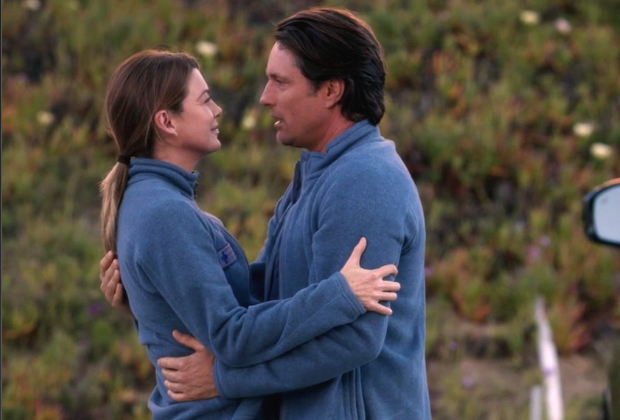 part of the Shondaland family since the pilot of Inside the Box and he will always be family. I can’t wait to find a new project to work with him on in the future.”

In an interview with our sister site Deadline, Henderson noted that he “only had a short-term contract” with Grey’s, adding, “This [was] my final year so I was expecting Nathan’s storyline to be wrapped up.”

With Henderson’s 2015 arrival coming so closely on the heels of Patrick Dempsey’s swan song as Derek, fans instantly pegged him to be a new love interest for Ellen Pompeo’s Mer. For his part, Henderson bristled at the McDreamy comparisons. “What Patrick did on the show, and what his character represented, is something that can never be replaced,” the actor told TVLine shortly after his debut. “The idea of me replacing McDreamy — or being the new McDreamy — is unrealistic, and not something that I would want to do as an actor. I’m my own person and my own actor and what I do is my thing. And what Patrick does is his thing; and he did it brilliantly.

“It would be disrespectful to the audience to suggest that my character would be a replacement,” he added. “I see myself more as an addition to an existing show.”

What’s your take? Will you miss Nathan? Hit the comments.