THE PERFORMANCE | Although the family of Blue Bloods viewers that join the Reagans for dinner every Friday may have been blindsided by the Season 8 premiere, Danny has been living with its tragic reveal for months — something Wahlberg made painfully clear with his measured and at times explosive performance.

Wahlberg started small, as the audience began gathering clues to a mystery they never thought they’d have to solve — first, as Danny held firm in recusing himself from investigating the attempt on Erin’s ex-husband Jack’s life, maintaining that he was about to turn in his retirement papers. Why the sudden march toward the exit door…?

The first shrink session we got to eavesdrop on started laying bare the fresh wound Danny was nursing. “It was my fault!” he shot back when invited to cut himself some slack for the torching of his family’s home. “Don’t you get it?? The house was my fault, the fire was my fault, and Linda was my fault!”

Linda was his fault? Now we’re intrigued. And extremely worried.

Danny cut short that therapy session. But later, after roughing up a suspect in Jack’s attack who taunted him with the date “May 28th,” Danny found himself back on the proverbial couch. Invited to explore his anger (and some denial), Danny said, “I can’t do this, OK…. I can’t do this without my wife.” And seeing the lost, emotionally dead look on Wahlberg’s face, we began to realize — oh crap, he means without.

“I should have been home more, you know? I wasn’t,” Danny lamented, seizing blame for the series of events that put ER nurse Linda on a medevac helicopter that wound up crashing. To move past this devastating loss, the shrink cued Danny to lean on his large, loving family. Easier said than done, perhaps. After all, Danny noted, tears welling in Wahlberg’s eyes, “Linda’s the one I always lean on.”

Capping Wahlberg’s gut-punch of a performance was a quiet scene, where Danny was invited to sit down for a first dinner at the new home Erin & Co. had surprised him with, a place where he and the boys can start fresh. Slowly taking a chair without Linda beside him, Danny offered to say grace, thanking the Lord for “these thy gifts” — his nurturing family included. 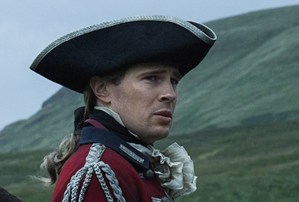 HONORABLE MENTION | True, David Berry doesn’t physically resemble the blonde, “fine boned” Lord John Grey that author Diana Gabaldon described in her Outlander novels. But any differences in appearance were more than surmounted by Berry’s excellent, spot-on debut in the Starz drama Sunday. We especially enjoyed Berry’s portrayal of the closeted gay Redcoat during a fireside chess game: Berry made John at turns cordial, flirtatious, grief-stricken and ashamed, often just in the way he gazed at Sam Heughan’s Jamie. And throughout his performance, the actor kept Grey reined in, giving only enough to let his heart show for the briefest of seconds… and then to have it destroyed by Jamie’s angry rebuff. Grey a very important character as Jamie’s story continues, and the casting had to be perfect. Berry, thankfully, nailed his inaugural episode. 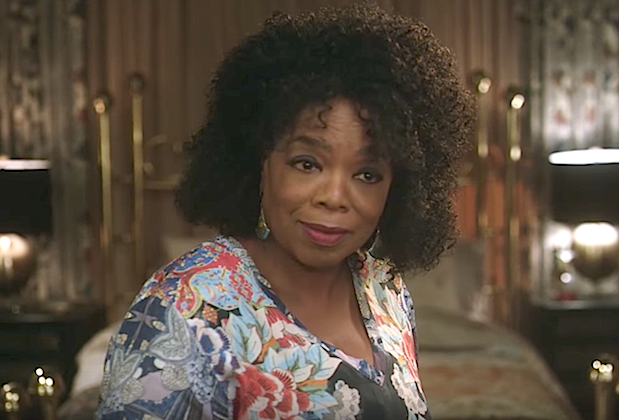 HONORABLE MENTION | Were there ever any doubt, now we know for sure: You do not want to piss off Oprah Winfrey — she’s vicious! In Greenleaf’s Season 2 finale, her Mavis was willing to content herself with rejecting Mae’s peace offering and tossing her out. But Mae just had to push it, telling her estranged sister that she forgave her for sleeping with her husband “that one time.” Set off, Mavis unfurled a mile-long mean streak, delighting in revealing that “that one time” had often been repeated and suggesting that James had only married Mae in the first place because she was such “a pretty little light-skinned thing.” Throughout the whole fabulously nasty scene, Winfrey, as she tends to, dazzled, spitting out Mavis’ taunts as if cruelty were her second language. 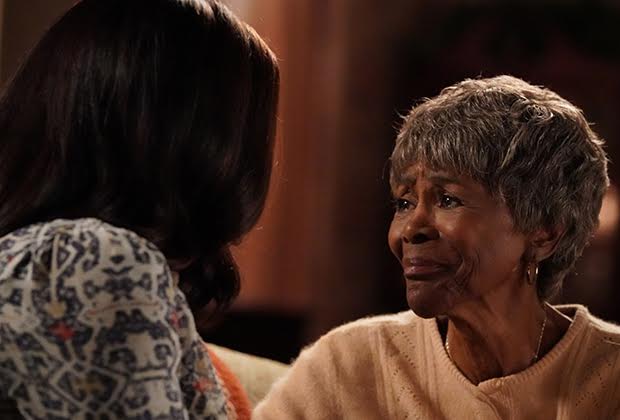 HONORABLE MENTION | It’s no easy task for any actor to steal a scene from Viola Davis — but every time Cicely Tyson returns to How to Get Away With Murder, she does just that. Thursday’s season premiere of the ABC drama was no exception; as Annalise’s mother, Ophelia, reluctantly came to terms with her worsening dementia, Tyson transformed her character from an obstinate, acid-tongued powerhouse to a woman who is simply devastated to be losing her mind. Tyson’s scene on the couch with Davis, in which mother and daughter wept over the reality of Ophelia’s condition, was one of the series’ most nuanced, tender moments to date.