Grey’s Anatomy‘s official poster has experienced something of a population explosion.

After two straight years of key art solitude, Ellen Pompeo’s Meredith is getting some company on the ABC drama’s Season 14 one-sheet — and we’ve got your exclusive first look below. As you can see, Mer has been joined by the series three other remaining original cast members, Justin Chambers (Alex), Chandra Wilson (Bailey) and James Pickens Jr. (Richard). (The quartet — can we call them the Fab Four? — have all been with the series since the 2005 premiere.)

But could the image be telegraphing more than just a tip of the hat to the show’s Originals? Can we, for instance, glean anything from Alex being positioned in the, ahem, forefront of his BFF Meredith’s mind? And why is everyone — super-serious Bailey included! — so damn happy? Actually, we know the answer to that second question.

“It’s funnier, it’s sexier, it’s lighter,” co-star Giacomo Gianniotti (Andrew) recently told TVLine of Season 14’s overall tone. “It’s been dreary for a long time [with so much] separation and loss, so we want to show the characters having some fun.”

Joining in the uplift will be a number of new cast additions, most notably returning vet Kim Raver (as Dr. Teddy Altman), Timeless‘ Abigail Spencer (taking over the role of Owen’s presumed-dead sister Megan from The Last Ship‘s Bridget Regan) and Stefania Spampinato (as Andrew’s sis Carina).

Grey’s Anatomy returns with a two-hour premiere on Thursday, Sept. 28 at 8/7c. 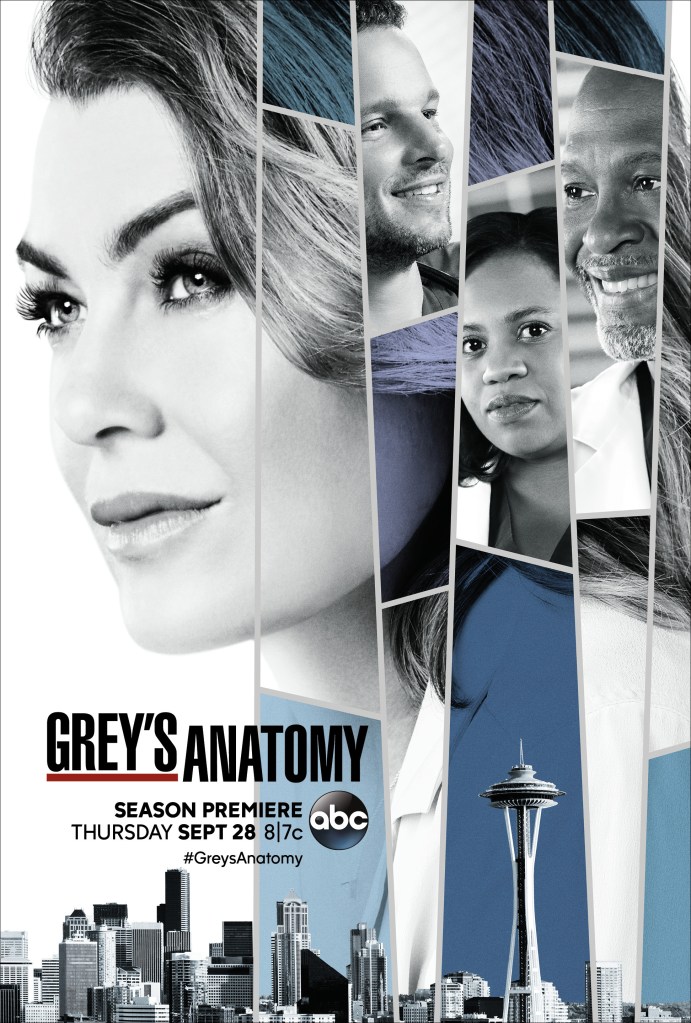