A brand-new sister act is on tap at ABC’s Grey’s Anatomy. 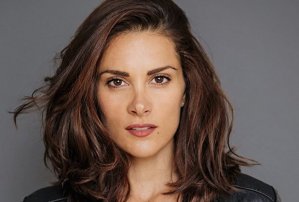 It was announced earlier this week that Timeless‘ Abigail Spencer would take over the role of Owen’s presumed-dead sister Megan, who was originally (and briefly) played by The Last Ship‘s Bridget Regan.

* The Goldbergs have upped Sam Lerner, who since Season 2 has recurred as Barry’s friend Geoff Schwartz, to a series regular, our sister site Deadline reports.

* Netflix has released the first trailer for Disjointed. Press PLAY on the video below and then drop down to the comments to let us know if you’ll be tuning in when the Kathy Bates stoner comedy premieres on Friday, Aug. 25.