Are you there, Luke Wheeler? It’s me, a troubled Nashville enthusiast.

Before you say anything, yes. I was one of the people routinely calling you out as a ridiculous corporate whore who’d slap his name on anything for the right price. Yes, I often mocked you for talking about your “brand” and “Luke Wheeler Worldwide” (whatever that was) and all of that ridiculousness.

But now I see the terrible truth of it all: You above anyone else in Music City could’ve helped avert the crisis that arises in this week’s episode, an hour that finds Maddie balking against a sponsor’s demands that she change her song in order to achieve corporate synergy, or some other buzzword that doesn’t mean anything but gets thrown around boardrooms.

Anyway, my point is: You would’ve HAPPILY handed over creative rights to your songs in order to hawk vacuum cleaners or acne gel (“Luke Wheeler’s Wheelin’ Dealin’ Dryin’ Ointment!”) or God knows what. And if by some machinations you’d been a Highway 65 artist by now, you could’ve helped save Rayna’s beloved label.

Instead, Maddie raises a fuss, Deacon backs her up (don’t worry, I’ll take everyone to task about this later in the recap), and pretty soon the whole thing turns into a folie a deux that has all of the H65 artists voting for Zach to take his money elsewhere — even though it means the probable end of the record company.

Anyway, Luke, can’t we just let bygones be bygones? Call me, cool? And in the meantime, let’s review the highlights of “Farther On.”

A RETURN TO FORM (AGAIN) | Maddie is jazzed to be the face of a makeup brand called Mascara 24… until she has to actually be the face of Mascara 24. She complains about the wardrobe fittings and hair/makeup tests, then has more than her share of diva moments on set once the commercial begins filming. Sure, the director is stereotypically over the top, and I’m sure that having water rained down on you for hours at a time isn’t the most fun a person can have, but COME. ON. Millions of people are going to hear your song, girl! After such a successful U-turn in the character earlier this season, it’s really disappointing to see her bratty side return in full force. It’s even more disappointing that we’re supposed to feel bad for her, and that’s before the corporate ridiculousness starts in full force.

The Mascara 24 CEO is hell bent on getting Maddie to change some of the lyrics in her song so that she literally sings the name of the brand during the commercial. On the one hand, I get it: The request is lame, it’s silly and it makes absolutely no sense. One the other hand, it is not the kind of request that should cause a person to have a “total meltdown” (Zach’s words, not mine) and to leave the set for the day. The news sends Deacon running home from a rehearsal for his Grand Ole Opry performance.

“It’s my daughter,” Deke apologetically tells his backup band, and they fully understand, but I’m pretty sure they’re finishing that sentence with “she’s been in a car accident” or “she’s missing” or “she’s ill” and not “the water was a little chilly at her huge cash-grab commercial shoot and she’s being rather precious about the words to her song.”

Anyway, Deacon is FAR more understanding than I am, and though he approaches Mads about going along with what the makeup CEO wants, he ultimately backs up her refusal to comply with the company’s ask. But when Deke breaks the news to Zach and Alyssa, a furious Zach points out that the contract Deacon signed allows Mascara 24 to demand whatever lyric/music/whatever changes it wants. Oops. 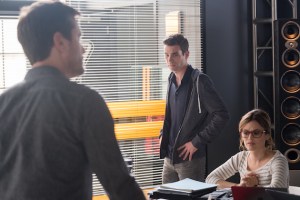 Zach, frustrated to what seems like the point of tears, says that if Deacon can’t get Maddie in line, “I am done.” He’s ready to exercise that clause he and Rayna agreed to; once he officially gives his notice, he’ll be gone in 90 days. “And at the end of that 90 days,” he adds sadly, “Highway 65 will be out of money.”

LADIES LOVE COOL AVERY | Let’s take a break from the angst by joining Avery and Gunnar on tour. They’re having a great time — despite Avery having to field typically irate calls from Juliette every now and then — and hanging out a lot with a backstage worker (tour manager?) named Molly. Molly is the epitome of the cool rocker girl: She’s breezy and pretty, she drinks with the boys and flirts up a storm, particularly with Avery. She also doesn’t think much of Juliette’s dependence on her man, and makes it clear that if Avery ever wants to forget about his familial duties, she’s ready and willing. (Or, at least, I think that’s what she says to him in their last scene together. I was completely distracted by the sheerness of her shirt. Is it incredibly cold on that tour bus?)

Speaking of boobs, perhaps my favorite moment in the entire hour is when Gunnar excitedly signs a fan’s chest outside a venue, and then he and Avery exchange wordless looks that made me laugh out loud. Take that, surly Grandma! And my second favorite moment is when Juliette and Avery share a very sweet, loving, longing-filled call near the end of the hour.

DONE DEAL | Back in Music City, Deacon calls a meeting of the Highway 65 artists: Will, Scarlett, Maddie and Gunnar (via FaceTime). (Deke explains that he’ll talk to Juliette and Hallie later.) He explains Maddie’s situation and what will happen if she doesn’t acquiesce to the lyrics change, then announces “Now is the time we have to figure out what we believe” and what they’re willing to sacrifice in the name of artistic integrity.

Maddie, who seems to have realized exactly what a crapstorm she’s kicked up, quickly says that she’ll just do what Mascara 24 wants, but Deacon says she doesn’t have to. “I agree,” Scarlett quickly pipes up, and OF COURSE YOU DO, SCARLETT. Gunnar is also of the mind that Maddie shouldn’t have to go along with Zach’s plan. I hold out hope that Will will be the voice of reason, but nope: He’s on board, too, and agrees that he’ll go along with whatever decision Deacon makes.

You’re telling me that not one of those singer/songwriters had a self-interest-related thought about the label going under for such a comparatively small reason? OH WAIT, WE HAVEN’T HEARD FROM JULIETTE. “What, we’re all supposed to suffer because Maddie won’t budge on a few lyrics?” she asks incredulously. THAT’S MY GIRL.

Deacon is a tired, stressed, confused mess by the time Jessie shows up at Highway 65 and orders him to get into her car. Perhaps recalling their discussion in the last episode about how being outdoors helps him clear his head, she drives him to a state park and forces him to take an hour by himself in nature. He’s angry at first but eventually simmers down and is able to relax, confiding in her that he’s just trying to do right by Rayna’s dream. 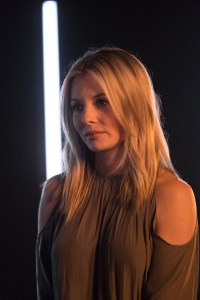 Anyway, he eventually gives an angry Zach the news that Highway 65 is done with branding in all its forms, and that if that means he’s going to take his money and run, so be it. Then, Deacon plays the Opry for the first time as a lead artist — though he’s performed there hundreds of times with Rayna as part of her band — and sings the song he wrote for their concept album way back at the beginning of the season.

Deke has a great set, and the crowd is enthusiastically on its feet by the time he leaves the stage. Zach, who’s standing in the wings with Alyssa, notices. And when Deacon comes off and hugs his daughters, then moves on to hug a proud Jessie, Daphne notices that with no small amount of displeasure.

OH, AND ALSO… | Because there’s no good place to put this, but it needs to be discussed, what did we think of Alyssa’s karaoke performance? There have been more elegant ways to have actors-who-sing-yet-are-in-non-singing-roles do their thing, but Rachel Bilson’s got a lovely little voice, no?