THE PERFORMANCE | Is there anything that livens up an American Gods scene more than the captivating, off-kilter addition of Gillian Anderson’s Media? We think not, especially given the X-Files alum’s highly entertaining performance in Sunday’s Season 1 finale.

When Media showed up as Judy Garland in her Easter Parade attire, all doe-eyed and delicate, Anderson was the picture of turn-of-the-century femininity. And we marveled, in part because she so thoroughly wrapped the New God in this old-school persona and in part because Anderson-as-Media-as-Garland was Ziggy Stardust light years away from the guises we’d seen her adopt before.

Remember, for a moment, how the actress glided about Easter’s patio in the finale, dancing with Technical Boy’s faceless Fred Astaires. Juxtapose that with Anderson’s knowing, slick take on David Bowie in the back of the limo in Episode 5… or with her cooing sexpot take on Marily Monroe at the police station… or with her bawdy, black-and-white rendition of I Love Lucy‘s Lucille Ball at the beginning of the season. Anderson has a Tatiana Maslany-like ability to disappear within a character within a character. And after years in quiet, buttoned-down roles like The X-Files‘ Dana or Hannibal‘s Bedeila, it’s refreshingly fun to watch her cut loose a little.

In other words: You’ve come a long way, Scully. 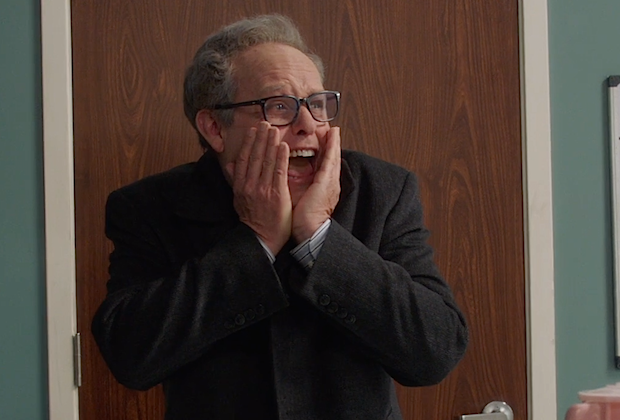 HONORABLE MENTION | To earn an Honorable Mention for a single scene, an actor has to be not just good, not just great but off-the-rails, you’ve-gotta-be-kidding-me amazing — like Peter MacNicol was in Veep’s “A Woman First.” Had we not witnessed his performance — a depiction of vulgar malice so stunning, it might well have given our souls cancer — we would’ve thought anyone describing it had to exaggerating. But, as Uncle Jeff revealed that, in the wake of Jonah’s failed government shutdown, the “epileptic Picasso painting” was being replaced on the New Hampshire congressional ballot, MacNicol did indeed demonstrate a superhuman level of viciousness. In fact, just when we thought it couldn’t get any uglier, or funnier, Jeff overheard Shawnee dumping her fiancé, and, his character overcome by schadenfreude, MacNicol howled — quite literally howled — with cruel laughter. “I’m so glad I came in person and didn’t call,” Jeff said between outbursts. So are we. 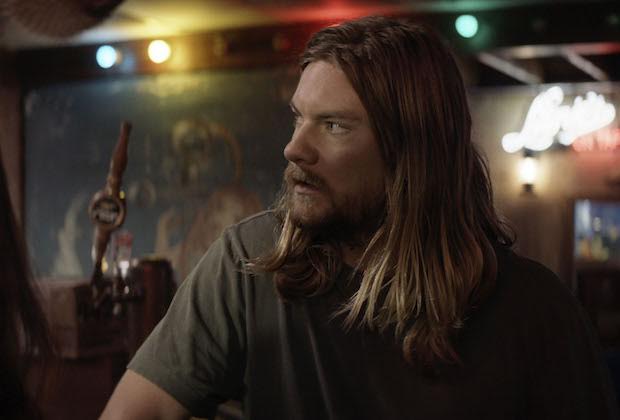 HONORABLE MENTION | As anxious as Animal Kingdom’s Deran was about the opening of The Drop, not to mention informing domineering mother Smurf that he’d bought a bar on his own, it was only a matter of time before the ticking time bomb went off. Yet there was nothing predictable about Jake Weary’s performance, a Molotov cocktail of outrage and bitterness hurled onto a lifetime of hurt. When Smurf not only revealed that she knew about Deran’s secret venture but stole the spotlight on his big night, Weary unpacked years of debilitating baggage as his character first came out to Mommie Dearest, then accused her of never having loved him because, unlike her other boys, he didn’t — couldn’t — want to f— her. By the time he stalked away from the shockingly honest confrontation, his portrayer had given us the sense that, whether Deran was relieved, he might at last have been released. 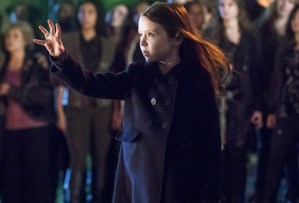 HONORABLE MENTION | The Originals’ fourth season was one of its strongest yet, thanks in large part to the newest, youngest addition to the cast: Summer Fontana as Hope Mikaelson — unquestionably one of the most talented child actresses on television today. And never were Fontana’s diverse talents better displayed than in Friday’s finale, which found Hope shifting from her most powerful state to her most vulnerable. (If your heart didn’t break into tiny pieces when she screamed for her father after that final battle, you might want to consider therapy.) With a time jump on the horizon, it’s possible we’ve seen the last of Fontana’s take on this spellbinding character, but if there’s any justice in the (entertainment) world, she’ll get to work her magic somewhere else very soon.