The following story contains spoilers from Sunday’s Last Man on Earth. Proceed at your own peril.

The Force awakened in the final moments of Sunday’s Last Man on Earth when the great Jedi Master himself — Yoda — made a surprise, unbilled cameo in the episode’s closing seconds.

Here’s how the out-there Star Wars twist went down: Gail’s safe return from the elevator of doom teed up Carol to finally take that elusive “mother-daughter” family photo, matching outfits and all. But while looking through the images, Tandy’s other half was startled to discover that, unbeknownst to them, they were photo-bombed by… Yoda?!

Below, series creator and star Will Forte sheds (a teensy bit of) light on the Star Wars-themed subplot, while also weighing in on the death-defying comeback of Mary Steenburgen’s Gail who, as it turns out, was never in any real danger. 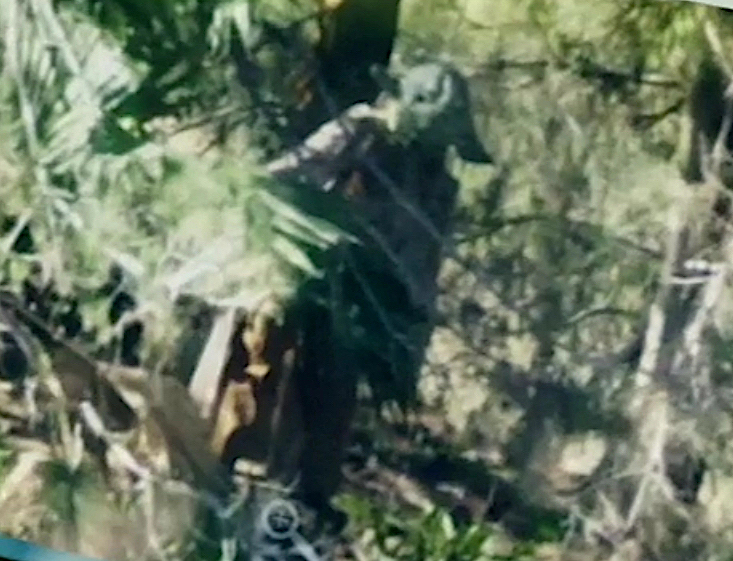 TVLINE | Is this the live-action Star Wars series we’ve all been waiting for?!
[Laughs] I would say if you’re a Star Wars fan and you’re tuning in to get a real Star Wars [fix]..

TVLINE | Look elsewhere?
I don’t want to disappoint Star Wars fans. It’s not a very Star Wars-heavy arc. But the little adventure that comes from this discovery is definitely fun and interesting.

TVLINE | Elsewhere in the episode, we got confirmation that Gail is alive and well. Did you ever consider killing her off?
Never ever ever. Gail is as safe as you can get. We talk about people dying from time to time, but [my character Tandy] would die before Gail dies. Mary is as good as it gets. She is as safe as you can get… The elevator idea with Gail actually started out as a Lewis idea. Originally [Kenneth Choi’s ill-fated character] was going to be the one going through all of that stuff in the elevator. But then we got excited about doing that with Gail.

TVLINE | Was Mary happy to finally be out of the elevator?
Yes. But I think she also rather enjoyed it because she would get all of her stuff done in one day and then she would have the rest of the week off. And, also, it was a chance for her to do something a little different.

OK, Last Man fans. What do you think is the deal with Yoda? Are you, like us, connecting his appearance to a certain drone-obsessed survivor who bears a striking resemblance to Kristen Wiig? Post your theories in the comments!