The following story contains spoilers about this past Sunday’s episode of The Last Man on Earth. Proceed at your own peril.

The show is set in a post-apocalyptic world — people are going to die. But that harsh truth didn’t make it any easier for Will Forte, the creator and titular star of Fox’s The Last Man on Earth, to whack Kenneth Choi‘s Lewis after less than a season. In fact, the decision to doom the fledgling pilot’s maiden voyage at the end of last Sunday’s episode was nearly reversed at the 11th hour.

“There were a lot of conversations about not having his plane crash,” Forte reveals to TVLine. “We actually were going to [have him] just fly off and never return. Up until the week before we had talked about shooting [an alternate] ending. But we just all agreed that that would take the punch out of [storyline]. We had this plan for Lewis and we had to go through with it. His [death] was linked to too many things.” 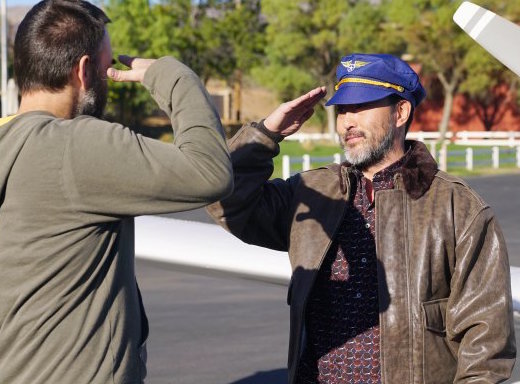 The latest casualty also underscores one of the central tenets of Last Man: “Nobody is sacred; anyone can be lost at anytime,” Forte maintains. “There have been talks about my character dying. We talk about everyone dying. Whatever is going to help the storyline and the show.”

That said, Forte confesses that parting ways with Choi “was very, very hard to do,” adding, “Everyone [at Last Man] loved him.”

The loss was also felt on screen, sinking the typically resilient gang into a major funk. “He was for sure the person who most had his s–t together in the group,” Forte explains. “Not only was it an emotional loss, but it was a practical loss as well.”