This week’s Jane the Virgin did start out by acknowledging last week’s crushing character death. And that mourning period lasted… about two whole minutes.

Jane’s husband Michael was killed off in shocking fashion last week, and Monday’s episode began two weeks after his death, with Jane sobbing in a dark bedroom and Alba encouraging her to “let some light in.” But then, as last week’s epilogue promised, we quickly jumped forward three years and got right back to rom-com business as usual. Which just felt… wrong.

I say this as a devoted Jane the Virgin fan: Through two and a half seasons, it’s been one of the warmest, most entertaining shows on network TV, with smart writing and great performances, especially from Gina Rodriguez. But the decision to kill off Michael and then zip forward three years feels like a storytelling cheat — like the writers wanted the shock value (and social-media spike) of a major character death, while also skipping past all that uncomfortable “grieving” stuff.

RELATED Jane the Virgin Boss on ‘Devastating’ Twist: ‘I’ve Been Dreading It’

Monday’s episode gave us a few fleeting moments of Michael, with photos of him coming to life to give Jane a pep talk. But mostly, he was swept aside so we could focus on more pressing matters, like the fate of Rogelio’s reality show. And Mateo’s bratty behavior. And the douchey new hotel owner next door to the Marbella. It felt unseemly to linger on such silliness when a major character just died. It’s been three years for them… but only a week for us. 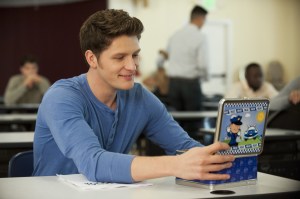 Frankly, Jane did need to shake things up somehow, since this season has been on the dull side so far. And yes, the show had been foreshadowing Michael’s demise for a while, with the Narrator hinting back in Season 1 how Michael would love Jane “until he drew his very last breath.” But this gets at the central dilemma about Jane: Is it a romantic comedy, with light, breezy antics; or is it a telenovela, where people are killed off left and right? The show has always nimbly balanced between the two, but with this latest twist, it’s fallen off the tightrope entirely.

In fact, I’d prefer Jane concentrate on the light rom-com aspects and drop all the soapier elements about organized crime and Sin Rostro. (I mean, how many fake faces are we going to see Rose wear?) The show’s best moments come from its fully fleshed-out human relationships, like the one between Jane and Michael. And it just seems cruel to build Michael up as Jane’s knight in shining armor, having them get married and her lose her virginity to him, only to yank him away from her. (Between this and Santino Fontana’s sudden departure on Crazy Ex-Girlfriend, it’s really been a rough year for dorky white-guy love interests on CW comedies.)

I understand death can be random, and we don’t always get any warning when the people we love leave us. But that doesn’t feel like the kind of dark emotional territory a show like Jane should be wading into — especially if it’s going to bend the rules and jump forward to a time when the wounds aren’t so fresh. Plus, I don’t really buy that Michael “had to die” to shake up the show; the show could’ve found a way to make Jane and Michael’s domestic bliss work, as an oasis of normalcy amid all the craziness. (Coach and Tami Taylor, anyone?) 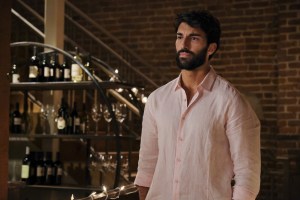 To be fair, Michael was referenced again later in this week’s episode, when we discovered that Jane based her new romance novel on her relationship with Michael. She got choked up when asked to read aloud from her book… but a newly bearded Rafael, not Michael, was the one to encourage her to get out there and read it. And let’s be real: These two are definitely getting back together at some point, right? The inevitability of the Jane-Rafael pairing just pours salt into the wounds of Michael fans, like he was ultimately just an obstacle to their happiness. And I wouldn’t even call myself a “Michael fan,” per se — just a fan of well-told romantic comedy that plays by the rules.

I thought this week’s episode might make me feel better about the Michael twist. But if anything, seeing how quickly it breezed past Michael’s memory has made me more frustrated with the decision to kill him off. Jane’s romance novel about Michael got a happily-ever-after. So why couldn’t we?

Now it’s your turn: Make your voice heard in the poll below, then hit the comments with your thoughts on Jane, post-Michael.