Warning: The following contains MAJOR spoilers for Monday’s Jane the Virgin. Proceed at your risk!

The day many Jane the Virgin fans — and executive producer Jennie Urman — feared is here.

During Monday night’s game-changing episode, a popular theory came true when the titular heroine’s hubby Michael (played by Brett Dier) died in the middle of his LSAT test. And all those ominous hints from the narrator didn’t do anything to help ease the shock as the former detective’s heart gave out due to complications from his earlier gunshot wound.

“I’ve been dreading it,” Urman says of the twist. “It’s hard ’cause we loved Michael so much in the writers’ room, and Brett as a person is just spectacular.” (The EP confirms that Dier will no longer be a series regular, although he will have a presence going forward.)

But Michael’s fate was sealed a long time ago. “It’s always been something we were going to do; it was just a question of when,” Urman says. “If I didn’t have a really strong sense of where the story was going afterwards and what avenues were opened up, then I wouldn’t have done it. Part of the reason I put that line in Episode 10 [of] Season 1 [about Michael loving Jane until his very last breath] was to hold our feet to the fire on that overall storytelling decision, because I knew it was not going to be an easy thing to do later.”

As if that weren’t enough, the series then dropped another bombshell, skipping three years forward in time to reveal Jane — not wearing any kind of ring — and a four-and-a-half-year-old Mateo getting dressed for a wedding.

Below, Urman tells TVLine why Michael had to die, and how different the show will be going forward.

TVLINE | Will we still see Brett in some capacity?
He’ll definitely be back in flashbacks, but that’s it. It’s devastating.

TVLINE | He’s not going to come back as an evil twin? This is a telenovela…
I mean, I can’t tell you all of my secrets, right? [Laughs] There are definitely different ways that you could and will see him again. Whether it’s in real-time or flashbacks, I can’t say. But [Michael] is dead, I will say that. 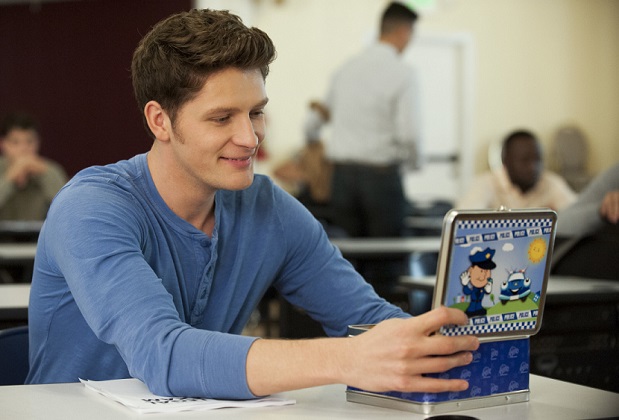 TVLINE | How did Brett react to the big twist? How far in advance did you warn him this was coming?
I sat down with Brett first, and then all of the other cast members separately, pretty close to after we filmed [the Season 2 finale], so that he and everybody else… had enough time to process it and to talk about the reasons why, and how they were, of course, only story-driven. It’s just a testament to Brett [that] every single actor on our show cried when I told them. Not one did not cry, because we just love Brett so much. And we love Jane and Michael. It was hard. He is incredible. It’s a testament to how wonderful he was that Michael hung on as long as he did.

TVLINE | This is a finale-caliber twist. Why do it in the middle of the season?
For a few reasons. I felt like I gave a bunch of warnings, obviously, about what would happen to Michael. So the surprise, of course, is when. You would expect it more in a season finale. It was an answer to the question we posed in the Season 3 premiere: “How does knowing the end affect the journey? And some of you know how this will end.” I wanted a lot of Michael and Jane firsts to happen. That’s another reason. I felt like there was a bunch of stories I wanted to tell about them as newlyweds before this happened. For us, too, it’s nice to go into the next episode very quickly so you can get your bearings and feel how the show has changed, how we get our lightness back. Also, I wouldn’t want to go into [another] season finale where we’re playing with the same questions.

TVLINE | Did you ever think, “Maybe we can get out of this somehow? I don’t want to kill Michael”?
Definitely. I would ask the writers, “Are we sure? Are we sure? Are we sure?” We examined it, we reexamined it. We talked about all the other possibilities and what we could do to still achieve the things I wanted to achieve subsequent to this event. We would go around and around and then arrive back at the same thing. We definitely [discussed], “But wait, maybe the narrator’s not reliable?! Maybe he meant he’ll love her when he’s 90.” All the ways and the things that could justify it, we thought about. It has so much to do with the long arcs of the series. It’s a telenovela, and it’s built around these sort of cataclysmic events. One was in the pilot, and this is the one that, I hope, is around the midpoint. It felt like the strongest choice for our story and our storytelling and for the journey I want Jane to go on as a character and her evolution.

TVLINE | Why put Jane through such a difficult thing?
Our show is so much about the line between fantasy and reality, and what a fairy tale is, and this romance writer who has all of these romantic ideals. What happens when you had that, and you don’t anymore? How can she get back her light and hope, and what does it mean to her? How did all of the dreams that she originally had change as a result of this? I wanted to tell a big story. … Part of it is for the character, part of it is for the show. Part of it is because this is a soap, and [you] need to keep things fresh and have big events happen and watch how characters spin out from those. Part of it is personal, experiencing loss in life and wanting to mine how one moves on and remains hopeful and optimistic. 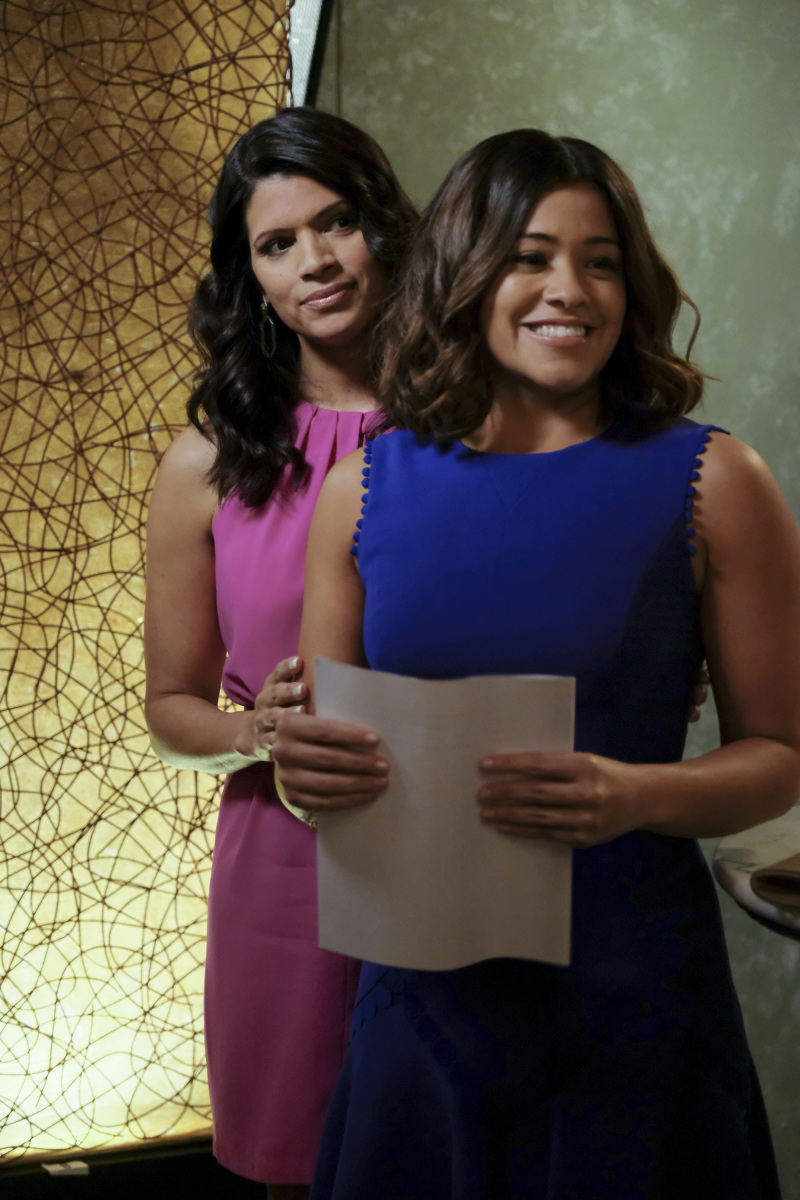 TVLINE | The end of the episode flashed forward three years. What is the timeline of the show going forward?
We’re sort of in a loophole. We’re still in the present, but it’s three years forward. I feel like we took a trip through the Tiago hole, maybe. I want our show to stay in the present because of our relationship to current events and issues that have come up now, and that was not always the intention. But in talking to the room, especially after the election and feeling like our show has a specific point of view on that — and also, because there’s magical realism, and our show is always reality-adjacent — we decided to keep the show three years ahead, yet they’re still in the present [cultural and political environment]. Jane has a four-and-a-half-year-old, Petra has four-year-olds. It’s a full three-year time jump, but we still want to be able to comment on what’s going on in the world, so you have to take a little bit of a leap with that.

TVLINE | What does jumping forward in the characters’ arcs allow you to do? How different are they now?
It’s great, and I will say the next episode is one of my favorites that we’ve done. Three years has allowed Jane to grow and heal, and the pain of Michael’s death is not going to subsume our narrative or our comedy. We can’t live in just how dark that was. But we can visit it a lot, and we do flash back to what happened right after he died, and a month after he died. We’ll be filling in holes about how she recovered, and how she started to push herself forward, as well as everyone else. But what the three-year jump does that I’m most excited about is that every single character is in a different place and has had a lot of experiences that are surprising and a lot of different tensions and relationships. It gives us a refresher and allows us to move the show forward with a lot of surprises and excitement and fun.

Jane the Virgin fans, are you in mourning? Hit the comments with your thoughts on the episode!